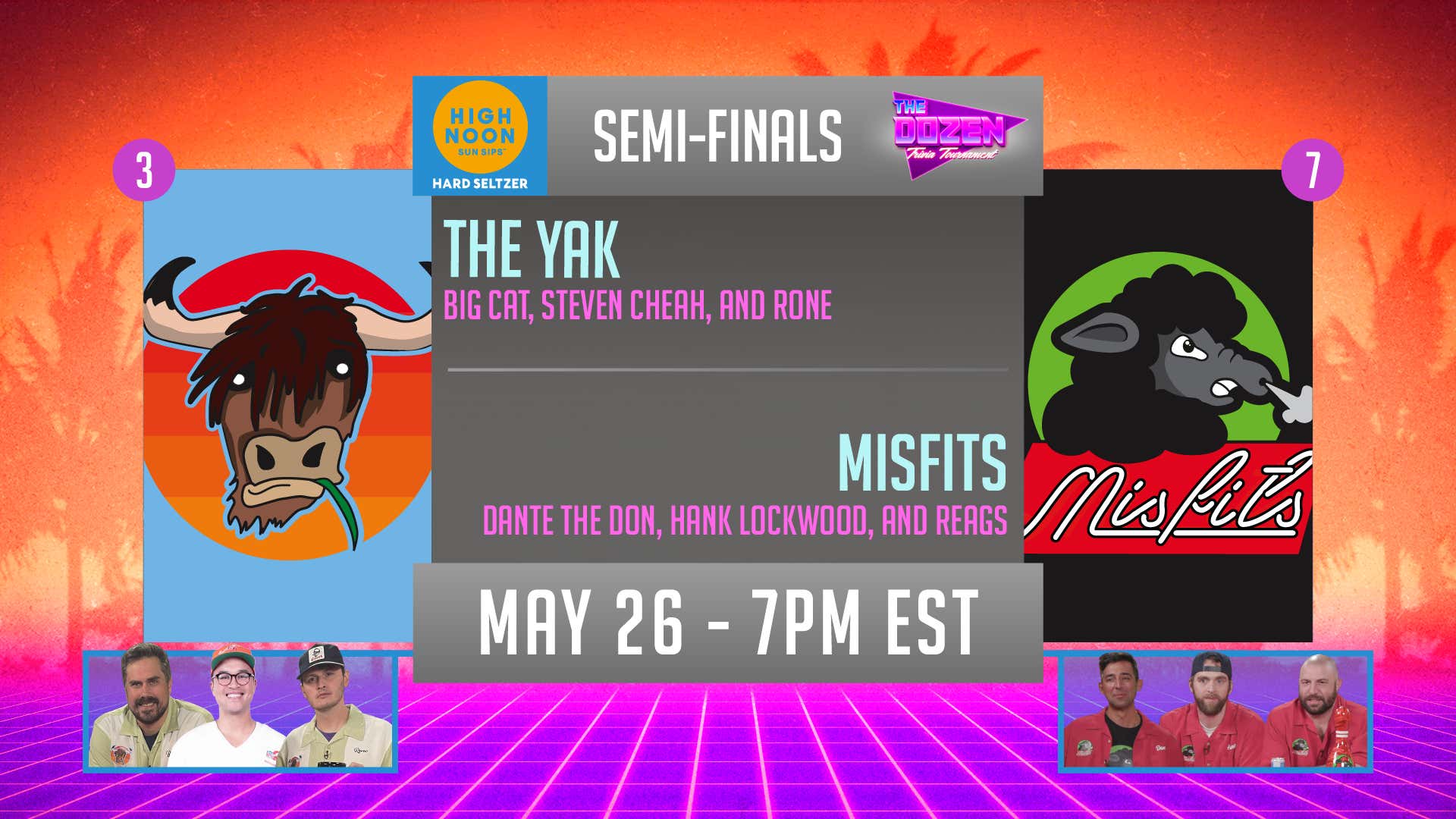 Tonight, at 7|6c on YouTube, Twitter, Facebook, and Barstoolsports.com, The Dozen: Trivia Tournament presented by High Noon resumes with the final spot in Championship I on the line between the 3-seed The Yak and the Cinderella 7-seed The Misfits. You can watch on all of those platforms, and if you're watching on YouTube, set a reminder below:

The last match for 3-seed The Yak was marred in controversy as they won in a chaotic fashion over the 6-seed Smockin, but the time to hone in on their next opponent has arrived. They've been a machine all season, but they face an undefeated 7-seed Misfits team that has been a sensation since debuting late in the season. 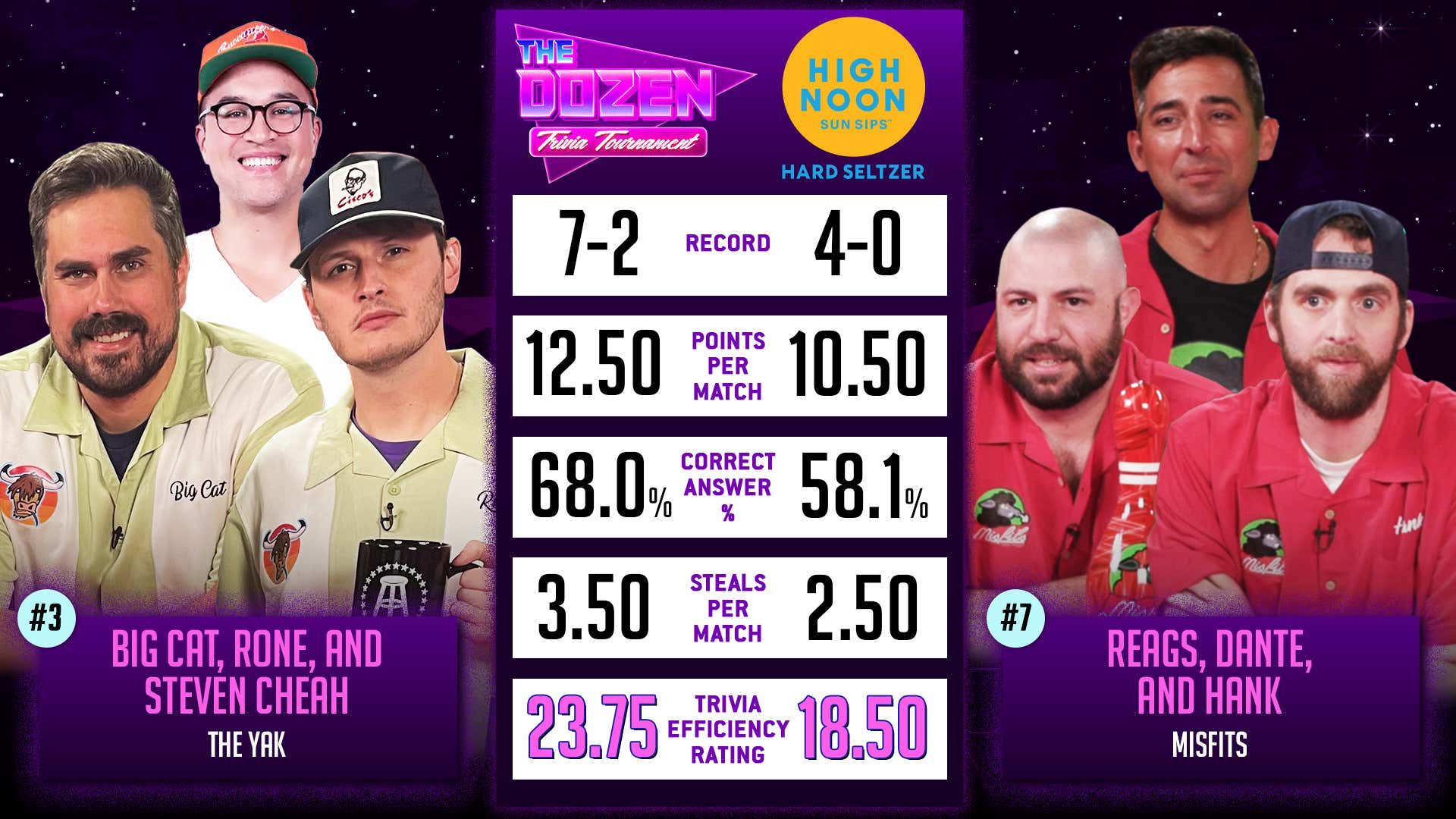 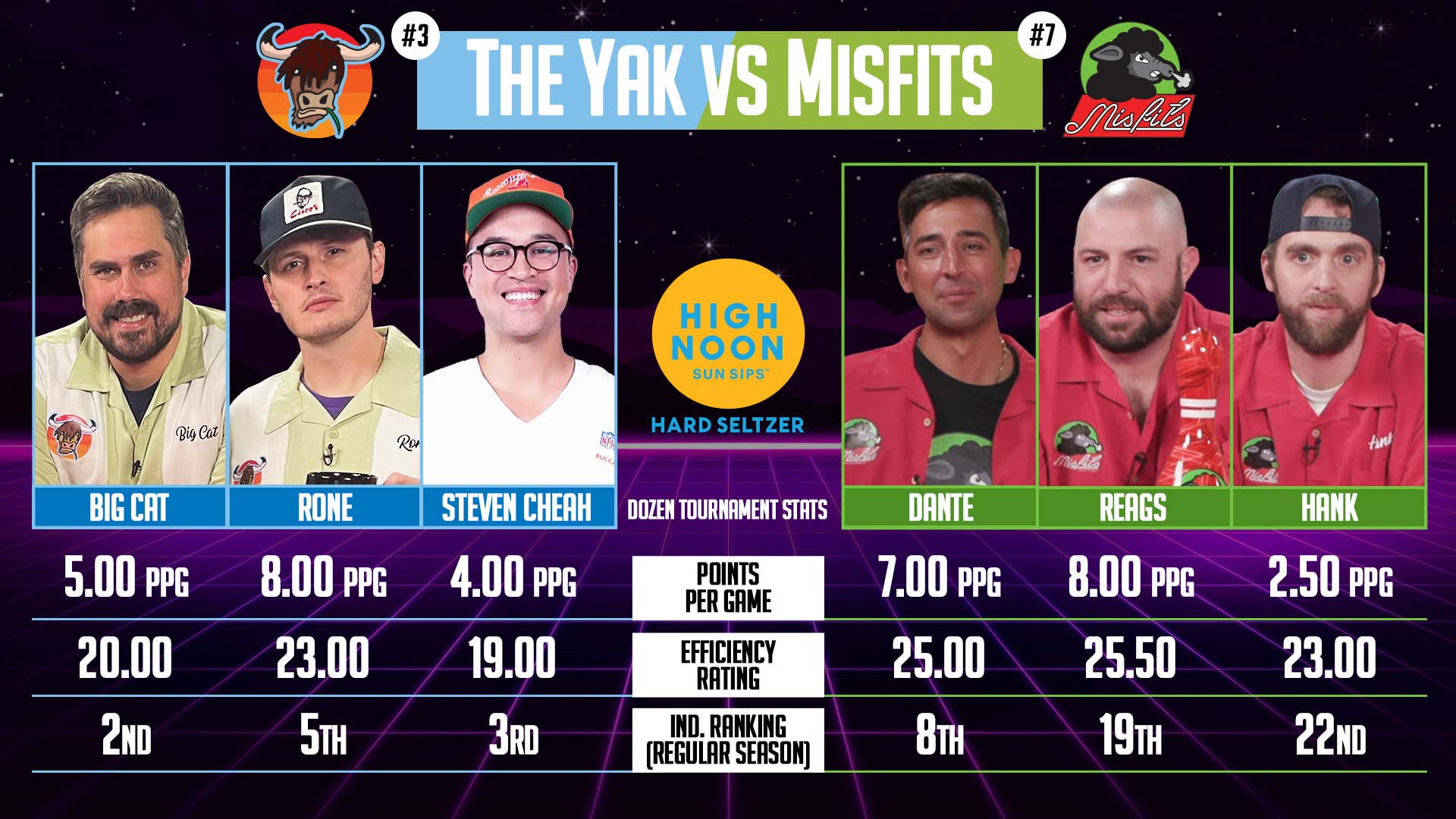 Will Cinderella prevail? Or will chaos reign once again?

Here's how the road to the Championship looks for these two teams: 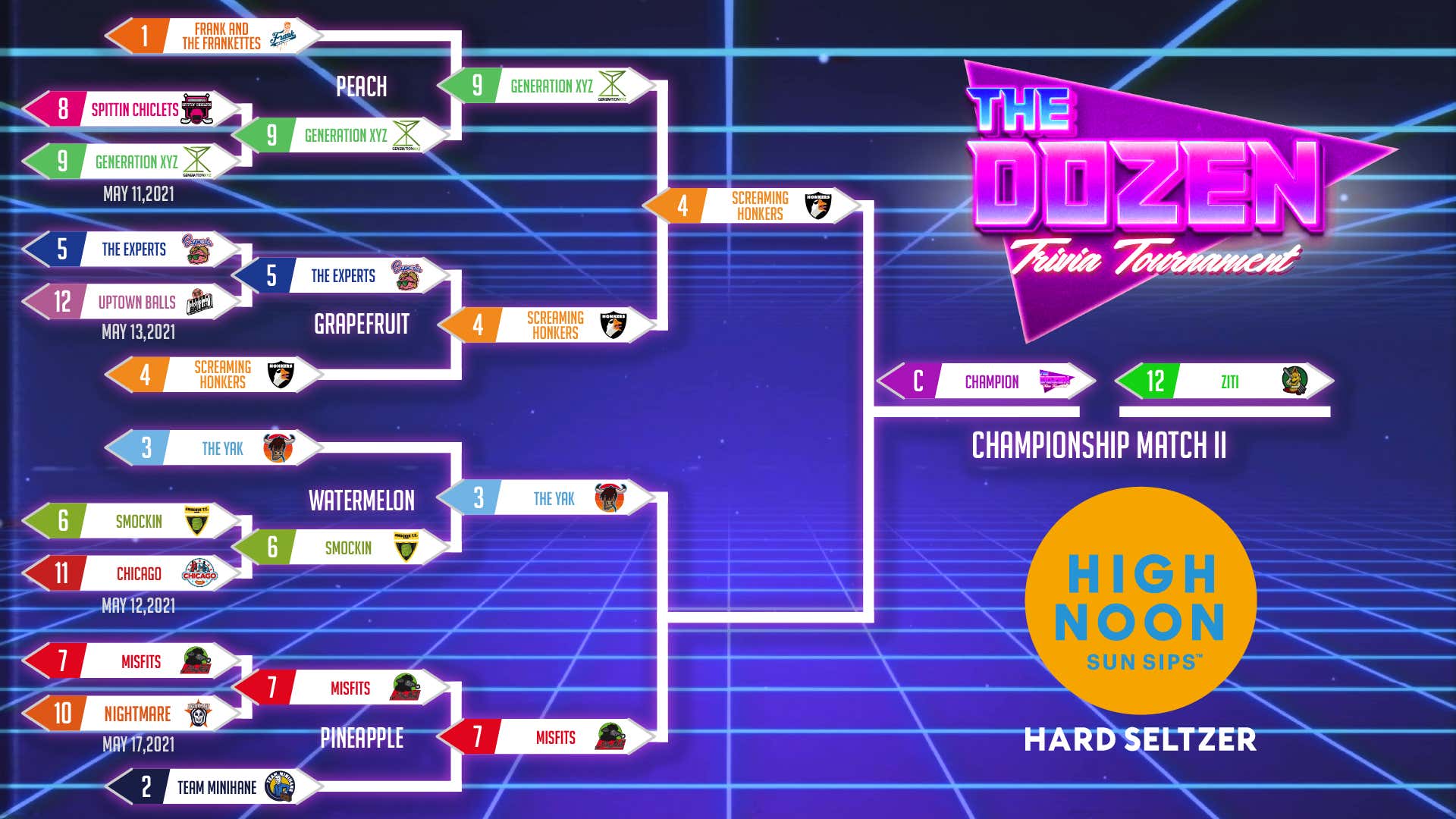 The 4-seed Big Screamin Honkers await in Championship Match I, and they are clearly a well-oiled, tough-to-beat machine! 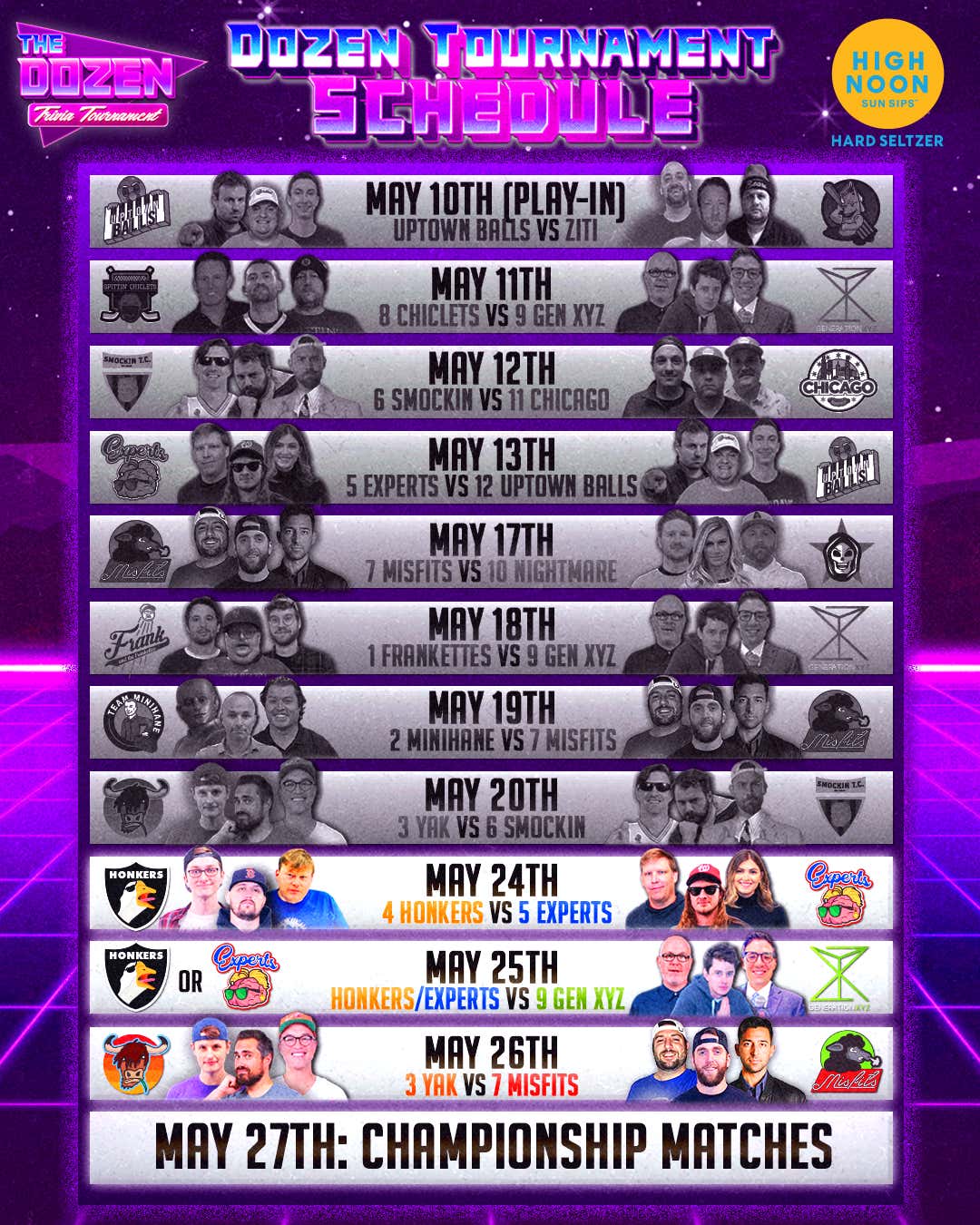