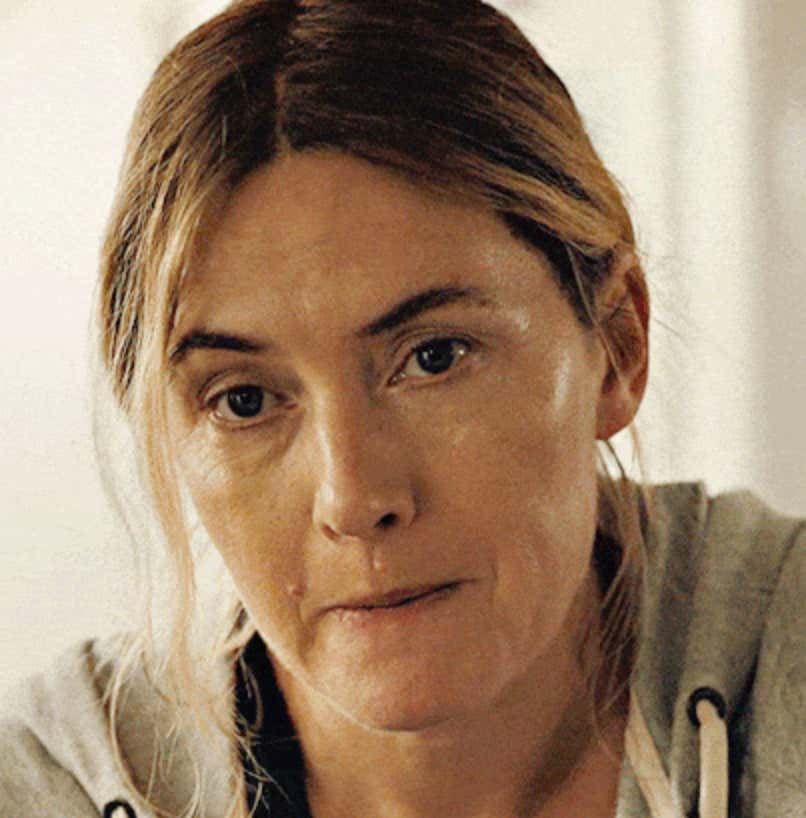 Wether it's Hard Knocks: Cincinatti Bengals or thr memes from the show True Detective, its no secret that I like to enjoy the occaisional HBO whoddunnit television program, and Mare of Easttown is no different.

Mare is about a detective named Mare, which is very confusing sounding but also very Philadelphian in that they manage to figure out how to pronounce "Mary" somehow in a lazier way without even taking off any syllables, who lives in the greyest city in suburban Pennsylvania. Its set in Easttown around all the locations they thought were too depressing to use for Silver Linings Playbook, and centers around a murder of a young girl named Erin.

Mare is the Shaquille O'Neal of Easttown- a former high school basketball standout who only made shots within 5 feet of the hoop, has a deep voice, and now spends her time on TV trying to prove that shes on Kennys side. She spent her life ring chasing, got divorced and now she spends all her time discusing her friends bleak marriages and attending engagement parties, high school reunions, family reunions, and funerals that are all just regatherings of the same 14 people dressed up in various levels of 76ers semi-formal wear.

Someone gets killed yada yada and the plot thickens, and now people are tripping all over neighbor Mrs. Carrols jump-rope tits to try and figure out whose responsible.

The best part of any new show is the subreddits that pop up around them, offering therir completely sane takes on what is going to happen to the characters they have invested mid-one-figures of hours of their lives into watching. The entire Mare subreddit has had hundreds of theories going into Sundays Season Finale, and theres a new one there that has got them talking: 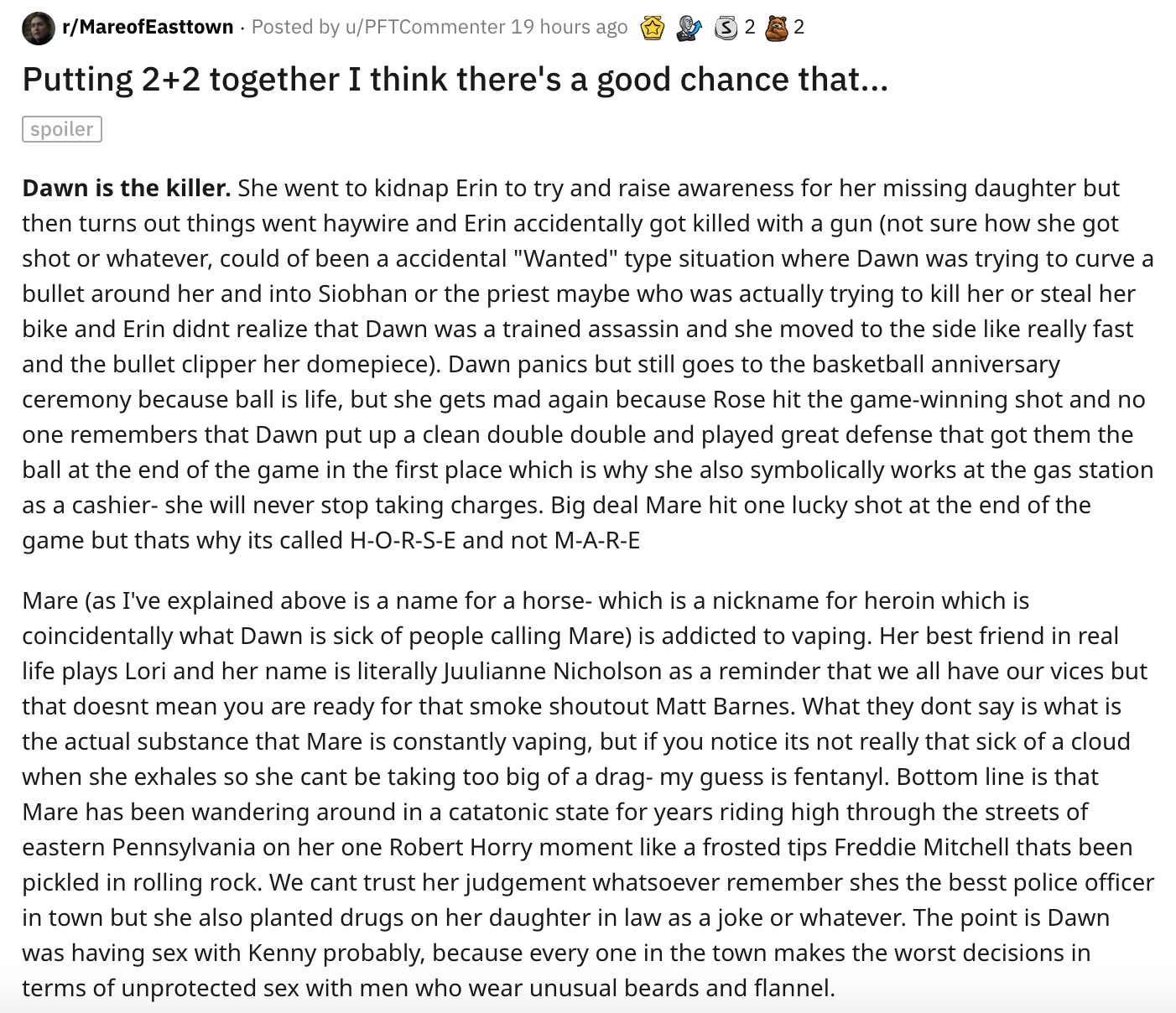 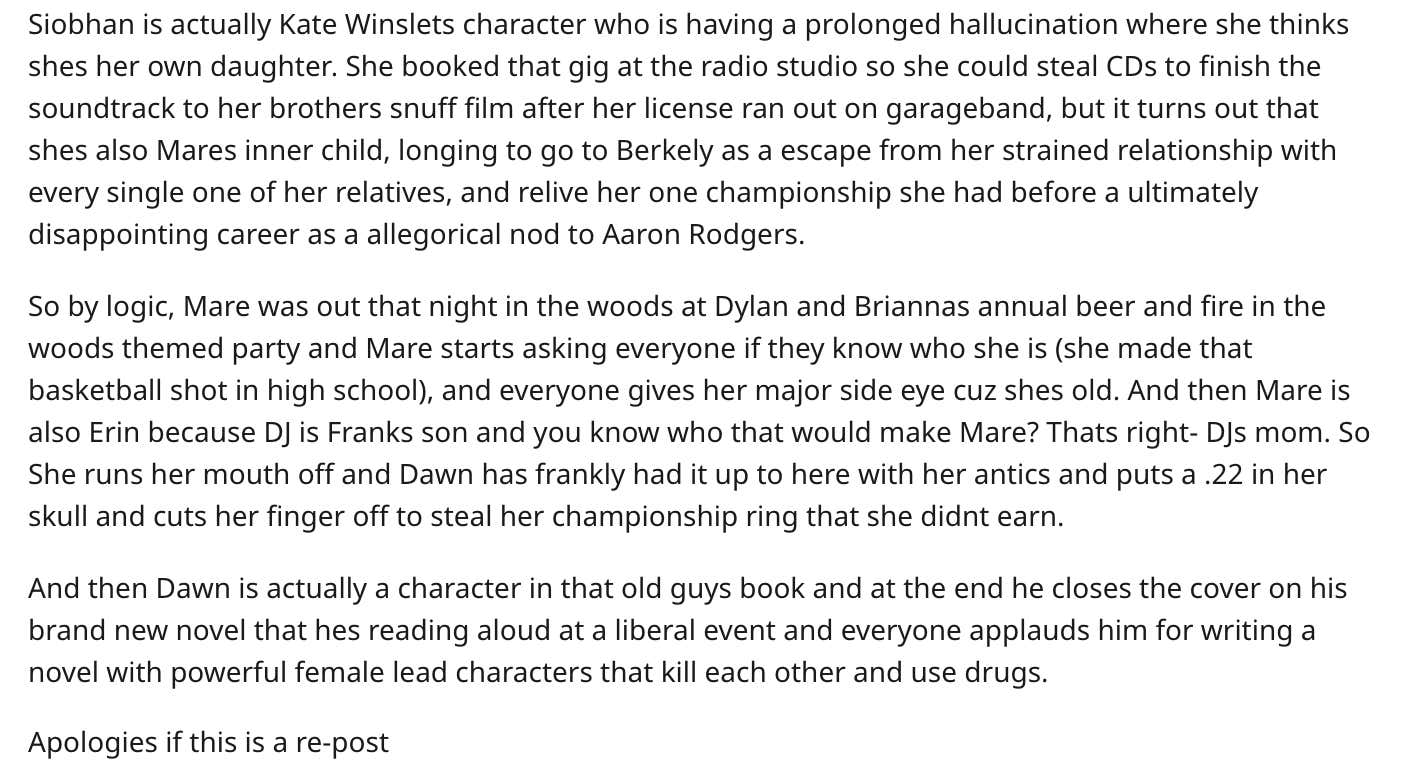 The comment section is furiously debating the merits of such a theory as its reached the top of the r/MareOfEasttown sub:

So will the mysterious posters prediction come true? Theres only one way to find out- Dont miss "Mare Of Easttown" Starring the Woman who killed Jack Dawson, Roy From The Office, and 11 guys that look like Phil Kessell on Sunday night on HBO.