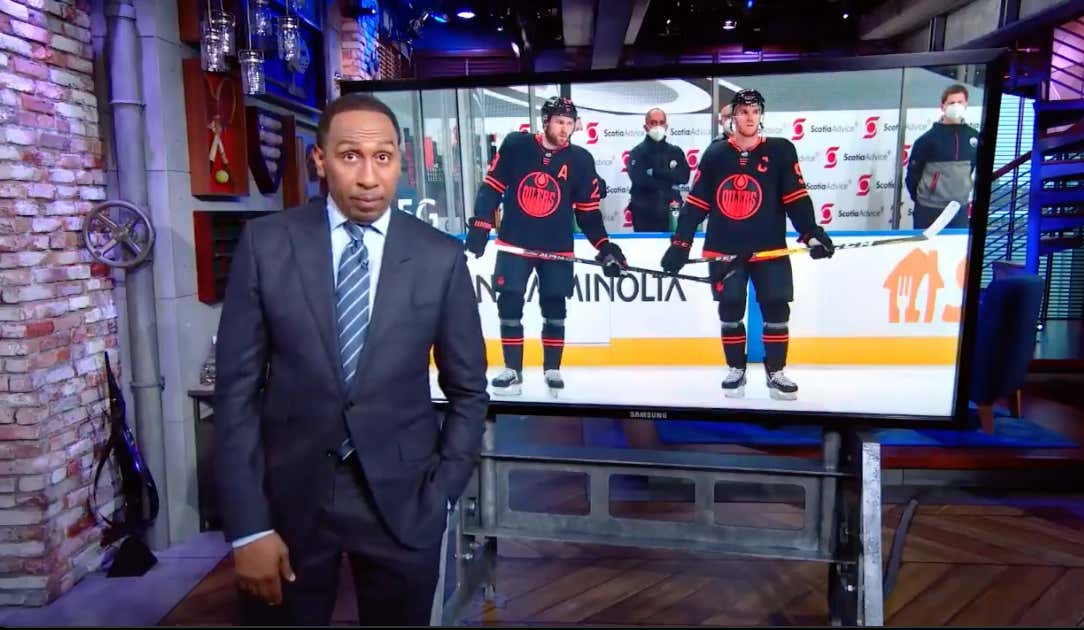 Hockey fans around the world rejoiced when the news broke that ESPN would be acquiring the NHL's broadcasting rights for the next 7 seasons. Finally a network known for their hockey analysis and prowess would be covering the game with boots on the ground.

But while fans filled the streets to celebrate this joyous occasion, the players had to be shaking in their CCM Jetspeeds. Because the days of pitiful performances and disastrous disappointments flying under the radar are quickly coming to an end. No longer will teams like the Edmonton Oilers be able to fail miserably and not be on the receiving end of a verbal spanking by noted puck head Stephen A. Smith.

When it was just Don Cherry ripping into these guys, that was fine. That was manageable. Because that was just Canada. But when you've got SAS on your ass live from Bristol? Woooaaaah buddy, there's no escaping that heat.

And sure, maybe Stephen A. Smith doesn't know enough about the game yet to realize that there's only so much McDavid and Draisaitl can do with that dog shit blue line that they've assembled in Edmonton. It'll take him a little while to realize that hockey isn't the same as basketball in the sense that you really only need 2 or 3 really good players and then you've guaranteed yourself a spot in the conference finals. But if he knows that the Oilers are a total joke already, he's only going to go in harder the longer this lasts in Edmonton. If any tactic actually has a shot at forcing that organization to figure it out and assemble a real roster, it's the threat of Stephen A. Smith berating your franchise on the daily. Kenny Holland better keep that head on a swivel.