Every year, I bookend Memorial Day Weekend and Labor Day Weekend by blogging about the greatest television program that has ever been magically beamed into our homes, True Life: I Have A Summer Share. It was the ultimate display of friendship, love, and just overall life through the eyes of the greatest TV character ever, Tommy Cheeseballs. In fact, I call the glorious, unofficial gap between those two weekends #CheeseballsSZN because the nerds that invented the calendar idiotically decided that summer shouldn't fit neatly between those two holidays, even though those holidays were invented after the calendar was.

For the people that know about the legend of Tommy Cheeseballs, enjoy this classic video. For the young’ns that don’t, Tommy and his friends were the world’s introduction to the Jersey Shore long before phrases like Gorilla Juiceheads, Grenades, and Gym/Tan/Laundry came into our lives.

I’ve said it before and I’ll say it again. It may be more than a decade old, but the Tommy Cheeseballs episode of True Life is unintentional comedy at its peak that still holds up to this day. From steak sangwiches to Goodfellas pregames to burps from the bottom of a man’s balls it is all pure fucking gold. Tommy isn’t the only star. Far from it. Before we had Snooki, J-Woww and Paulie D we had Anthony, Michelle H. and Michelle F, and the rest of Tommy’s misfit friends showing people around the country that never stepped foot in the Northeast just how RIDICULOUS the Jersey Shore could be with some fantastic early 2000s bangers playing in the background and the stereotypical Cowboys garbage pail that I think every Italian Cowboys fan from New Jersey owned.

We are also re-releasing the shirt we made in honor of the God of Summer Love that we launched in the middle of last summer when I randomly thought of it. But it now because I'm not sure how much longer something this amazing can last in the store during #CheeseballsSZN 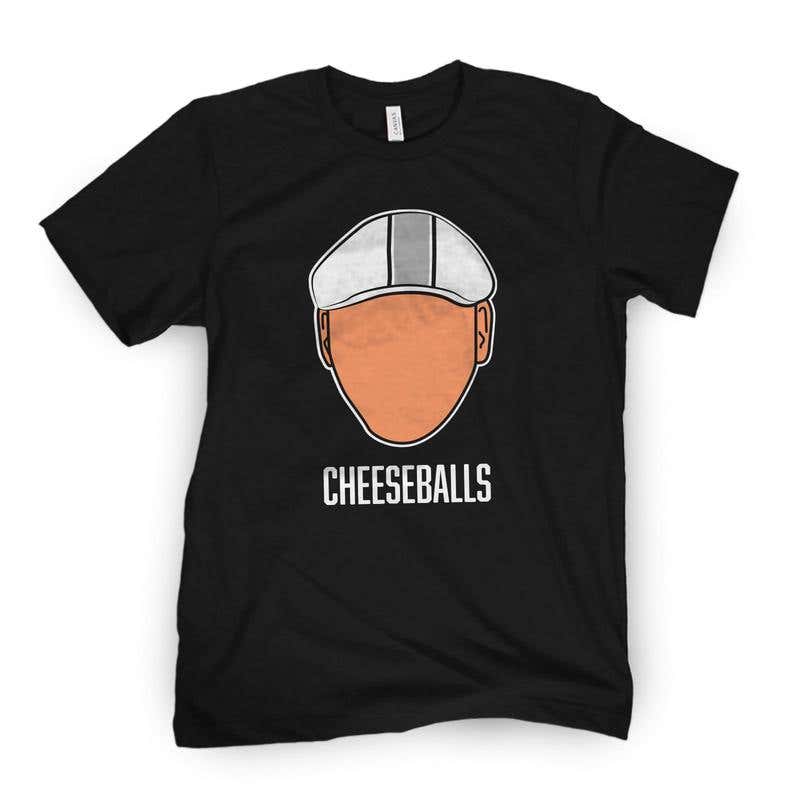 Also to the Stoolie that hit me up on Twitter and said they know Tommy personally, please do so again as I cannot find your tweet/DM because I am a big dumb idiot.

The only place that will be as electric as Tommy’s shore house with as many wild characters is the Barstool 500 party. Place your bet, get your ticket, and have a blast.

Now play us out Thomas!