This blog is brought to you by Body Armor, which has kept me hydrated since day 1 at Barstool Chicago. Easily the most comfortable bottling technology and a delicious taste alongside premium hydration. When I'm thirsty I reach for Body Armor.

I'm not trying to administer a wide scale nostalgic overdose but did you guys know canned gatorade still lives? I shit you not this is a real picture captured today at a real country club. More on that in a second but first I honestly thought aluminum lined gatorade went belly up with the vending machine industry. It has to be a solid 20-25 years since I've seen Gatorade in a can. Just about shit myself when I opened up the cooler off the first tee. Gatorade in a fucking can.

Scout's honor, there's something about a sports beverage from an 11.6 oz can that just hits different. And yes it's 11.6 ounces and not the full 12. That's because the can has a more narrow bottom and top, creating steeper ridges that account for the .4oz variance equally. Small sacrifice when you consider the long-term benefits: this design was made for slugging.

Personally I would love to see a resurgence in some capacity. It doesn't have to be Gatorade but really anyone who wants to tackle the small-sized sports beverage industry via aluminum can has my resounding endorsement. At this point it's instinct to crave the metal laced with condensation in my hand. I know those aren't beers but I'm like Pavlovs dog. I see a neatly arranged cooler of cans and I'm getting horned up. It's kinda the same thing. Hopefully someone with decision-making authority is smart enough to understand that we want this. Like collectively as a generation or maybe just general population of people that want their thirst quenched - an ice cold can is the surefire way to go.

As for sourcing these babies - they reside at this all men's golf club in Highland Park called Old Elm. It's so nice I don't even know if I'm allowed to talk about it. My buddy knows a member (his dad) so we get to play it every now and then. It's a Harry Colt course. The only other one in the United States is Pine Valley which makes Old Elm a literal piece of history. But nobody really talks about it because it doesn't take much action. So here I am, maybe half a dozen rounds under my belt at Old Elm in my life, which is 6 more than I could have possibly imagined. And you know the best part about this remarkably prestigious and exclusive place? The Gatorade in a can. I could tell you about the undulations and green complexes and bunkering and green-to-tee walkways. I could mumble about power brokers and course records and fellate the clubhouse architecture.

Or I can just show you this picture one more time and you instantly know this place is not fucking around. 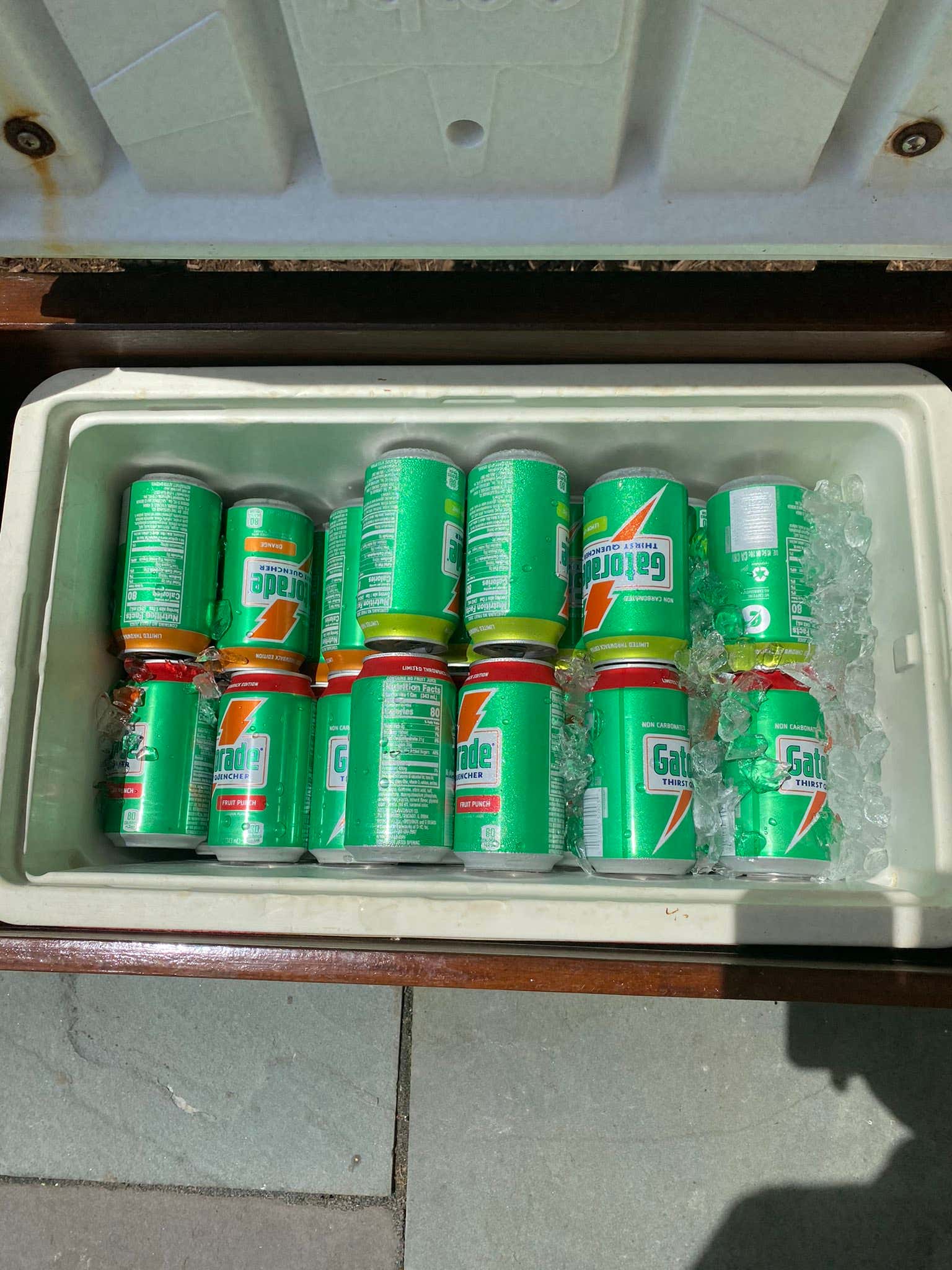