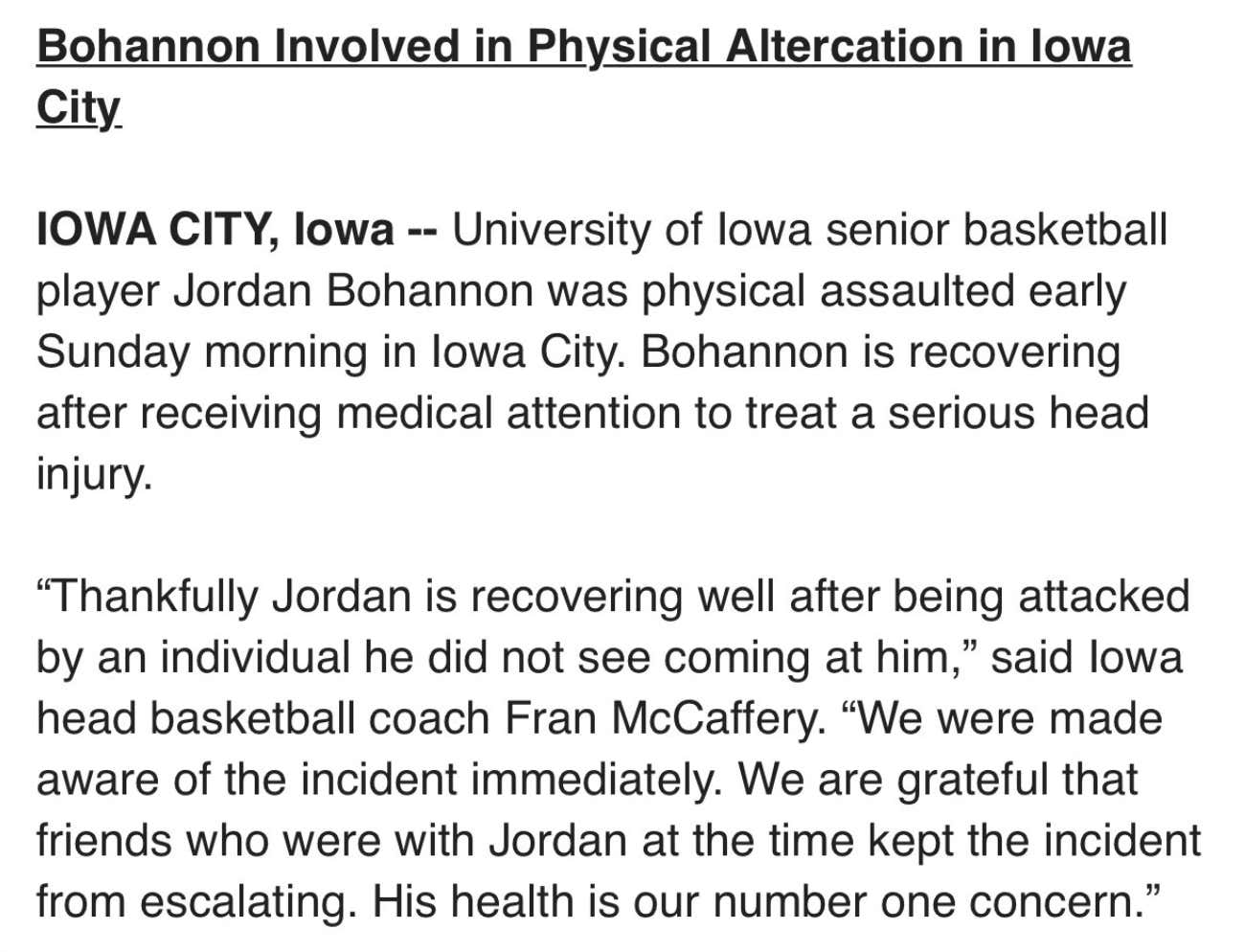 Yikes! Hard to gather much context from that video but it appears Jordan Bohannon was getting into it with a couple guys in downtown Iowa City late Saturday night/early Sunday morning and it resulted in him getting punched in the face and ending up on the ground. Who started it? What was the original argument about? Is it a simple case of a bunch of guys being super drunk at bar closing time? It's all speculation at this point but that's a bad situation no matter how you slice it. I'd be very curious to see the video from Bohannon's phone since it looked like he was filming the whole thing knowing it was about to escalate. Then it looked like J-Bo took a knee to the head while he was down on the ground as well. Bad bad stuff. Details are scarce on the incident but you never wanna see a tweet that says someone is receiving medical attention for a, "serious head injury". Scary shit. Here's to hoping Bohannon makes a full recovery and we get more details on exactly what happened.