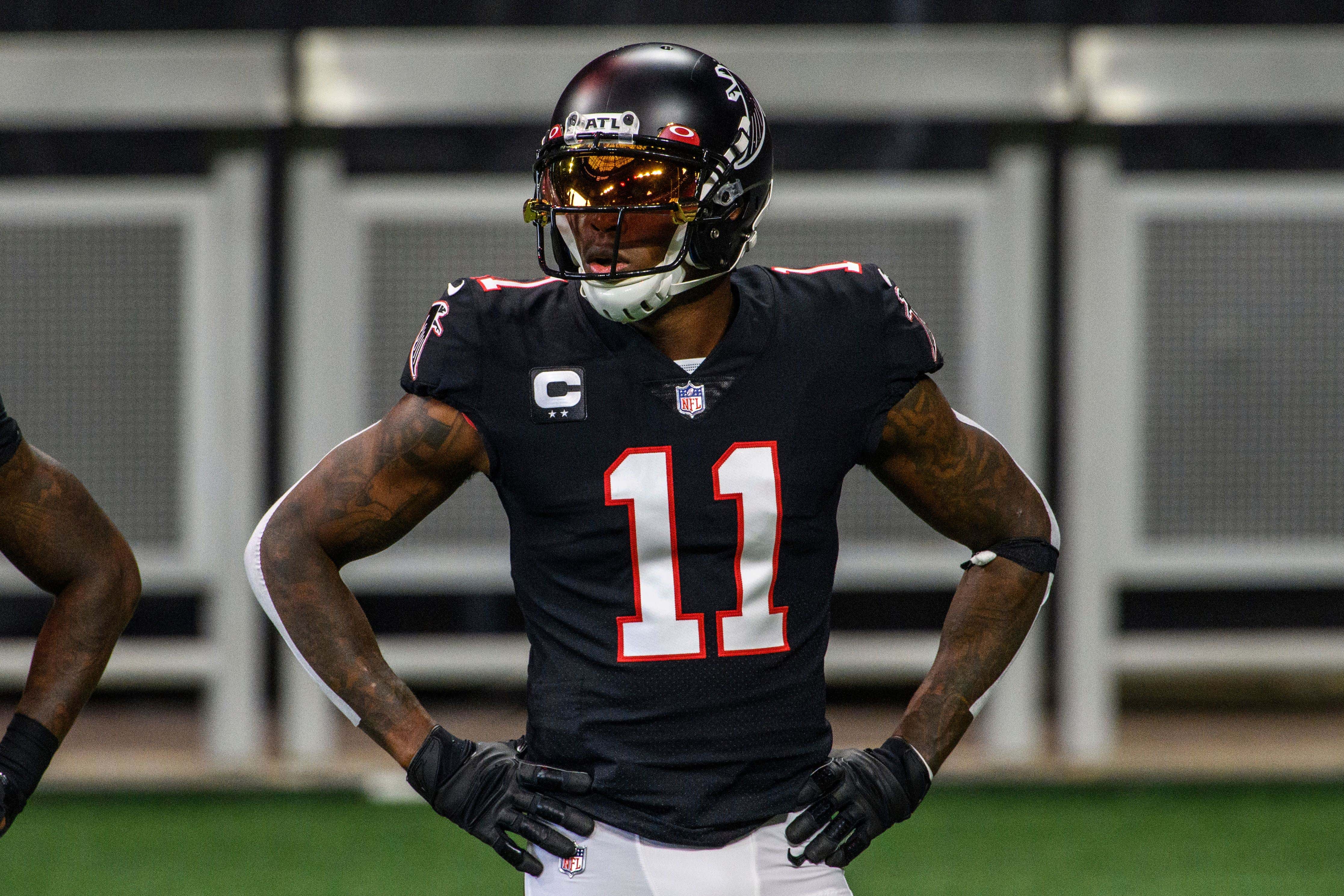 With the latest Julio Jones comments about him being out of Atlanta, it got me thinking about his career. Looking back at his time with the Falcons, he's played exactly 135 games. The same number of games that former Detroit Lions WR Calvin Johnson played. Both were members of the 2010s All-Decade Team along with Antonio Brown and Larry Fitzgerald. So who is better? It got me thinking, so I did some box score scouting and threw it out there for the people to vote on:

There are arguments that can be made for both sides. Julio played in eight playoff games averaging 104 receiving yards in those games with six total touchdowns. He has a signature play:

He did play one additional season, but the same amount of games due to injury. That being said, Julio did still have 1,277 more yards and averaged 9.4 more yards per game than Megatron.

Julio also has number of monster games on his side as he's the only player ever with more than one 250+ yard games:

But taking a look at Quarterback play, Julio has been fortunate enough to play with Matt Ryan, who was once a league MVP throughout his entire career. Calvin Johnson's rookie year was catching passes from Jon Kitna. And his second year, when the Lions went 0-16, Johnson put up a line of 78 catches 1,331 yards and 12 TDs catching passes from Kitna, Dan Orlovsky, Daunte Culpepper (essentially on one leg), and Drew Stanton.

Johnson's biggest advantage is in the red zone where he had 24 more Touchdowns than Julio in their 135 games. That's a massive margin, especially when you consider that Megatron was getting looks like this:

When we look at what was around them too, Calvin was always a one man band. His best #2 WR was Nate Burleson or maybe Golden Tate, while Julio has enjoyed the likes of Roddy White, Mohammad Sanu, and most recently, Calvin Ridley taking some attention off of him.

Johnson does have a signature game that ended with him nearly breaking the single game receiving record by the immortal Flipper Anderson (336 yards). On October 27, 2013 he torched the Cowboys for 14 catches 329 yards and 1 TD.

Overall, you can make the argument for either as the situations are so different it's hard to say what Calvin Johnson would do if he stayed home in Georgia or if Julio Jones was a Michigan resident. We did the box score scouting, now let's do some real scouting. By that I mean, let's try and separate it down to a list of critical factors that matters to evaluators when looking at Wide Receivers:

Both of these guys didn't do everything at The Combine. In fact, Calvin Johnson didn't even bring track shoes to run, but the competitive juices got flowing and he decided to borrow someone's. Then ran a 4.35 in them.

This can differ from timed speed. So throw out Megatron's ridiculous 40. Both guys played super fast, so this is a push.

Both players were tremendous at finding holes in zones and creating windows for their Quarterbacks to throw. They often re-routed and either sat down in a zone or took it deep.

You can point to Julio fighting off tacklers with his YAC or point to Megatron's ability to win 50/50 balls. They're both different, but very good for both.

*Defined as: Does the player display the ability to win the 1 on 1 battle when engaged physically? This can be at the POA or in other contested areas. For example, WRs can show play strength by winning contested catches, physically breaking through Press at the LOS, or while functioning as a blocker. via The Scouting Academy

Release (off the Line of Scrimmage): Julio

It's hard to jam a bigger guy like Calvin Johnson because he can just overpower you, but Julio has always had these violent releases in addition to his size and strength. I'll lean his way on this one.

They're both silly, but Julio has put many a defender in a blender.

I mean these are all just silly

You can point to Julio's signature grab in the Super Bowl, but we knew Megatron was the winner of this before he even donned the Honolulu Blue.

He was just a beast once he got the ball in his hands. He ran angry and the numbers showed it.

This one is tough because Julio has more catches and yards, but Megatron also turned some routes up and you see him kind of on scramble drills with Matthew Stafford. Those all aren't scripted and he's just finding a weakness in the coverage he can exploit. We'll go push here.

Concentration is on another level here. His ability to go up and get the ball is second to maybe only Randy Moss.

Overall, Calvin Johnson is the better prospect and player. Looking back at the WRs drafted in the 2000s, Johnson, Julio, Andre Johnson, Antonio Brown, and Larry Fitzgerald stand out as on another level. Mike Evans, DeAndre Hopkins, Davante Adams and others are certainly making a push more recently, but looking at traits on an even playing field, give me Calvin Johnson every time.