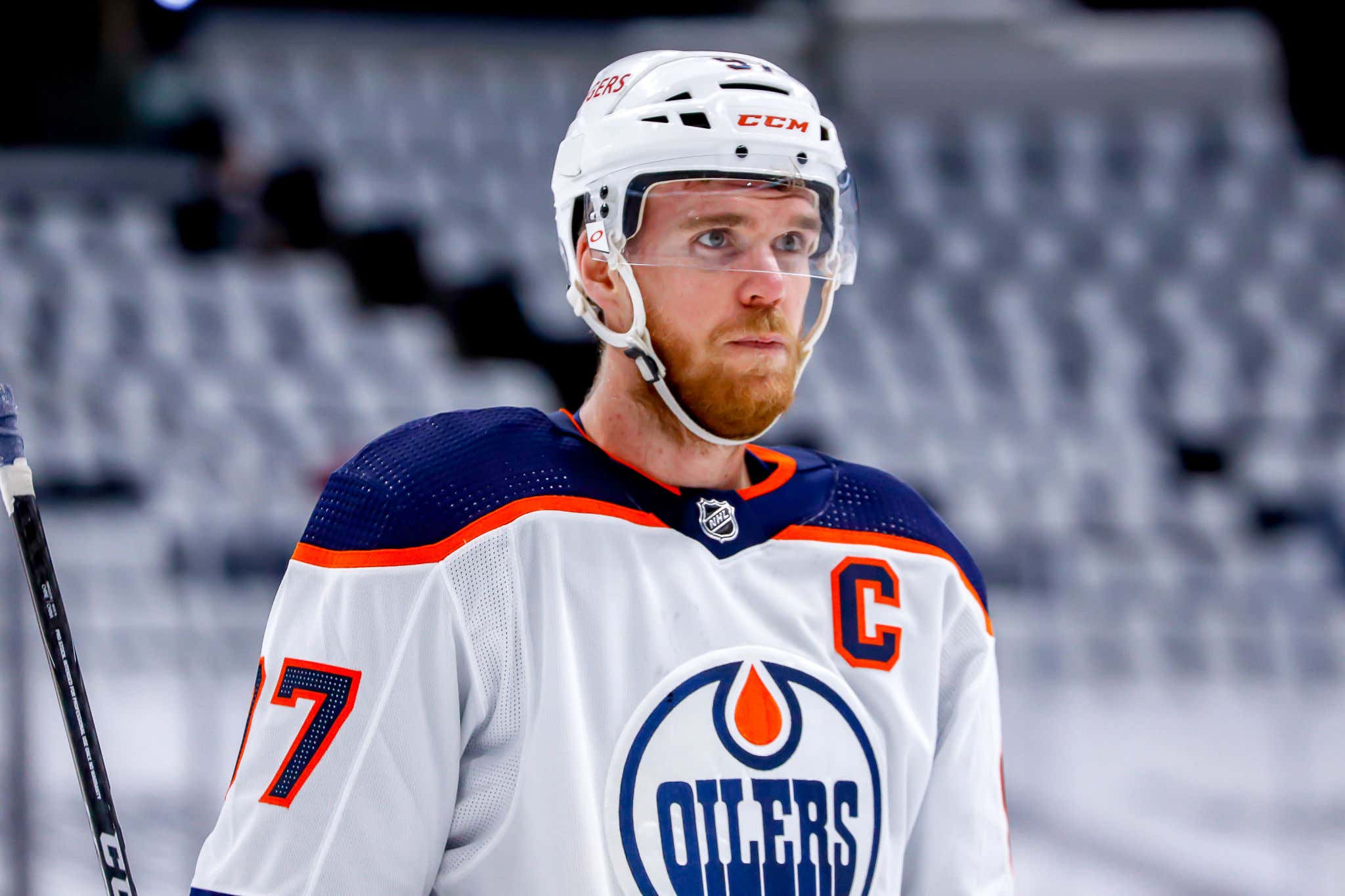 I mean that's it. Connor McDavid had one of the greatest individual seasons in NHL history. He put up over 100 points in 56 games. He and his Oilers faced the Winnipeg Jets 9 times in the regular season and they won 7 of those games.

Now we get to the Stanley Cup Playoffs and the Oilers are already one game away from elimination after blowing a 4-1 lead late in the 3rd period of game 3. They are just 3 games into the Stanley Cup Playoffs and Connor McDavid is 60 minutes away from being done for the year. And if he's not even going to make it out of the first round this season, then there's no chance in hell that McDavid is ever going to win a Cup in Edmonton. It's just simply not possible with McDavid and Draisaitl making a combined $21M and the rest of that roster being dog shit.

Take Josh Archibald, for example. Josh Archibald is a guy whose name you shouldn't even know. He's a player who should be irrelevant at best in this series. But what does numbnuts go out there and do? Well he makes a scumbag low hit against Logan Stanley in the 3rd and gets sent to the box for tripping (and he also has a hearing with the DoPS).

The Jets score on the ensuing powerplay and the comeback is officially on. All because Josh Archibald decided that he was bigger than the game. And once the comeback was on, the Oilers went full Oiler.

2 goals in 16 seconds to tie it up after being down 4-1 with just over 8 minutes to go in the 3rd. A meltdown of epic proportions that only the Edmonton Oilers are capable of pulling off. And then we get to overtime where Jujhar Khaira loses a big draw in the defensive zone and the rest is history. What a bullet from Ehlers.

How much more can you possibly expect McDavid to take? I'm starting to think that McDavid's situation in Edmonton is even worse than Eichel's in Buffalo. Eichel is a superstar and everything and he hasn't even sniffed the playoffs in his career yet. But McDavid is a soon-to-be 2x Hart Trophy winner, a 3x Art Ross Trophy winner, and he managed to win one playoff series in his career so far against a Sharks team who all made their NHL debuts around the time he was born. Objectively speaking, the Oilers are a way bigger joke than the Sabres for only having one more playoff series win than them in the McDavid/Eichel era.

It's time to lawyer up and get him the hell out of Edmonton. I'd say Voracek, Gostisbehere and a 1st should be able to get McDavid to a real team like the Philadelphia Flyers. Maybe even toss in a conditional 3rd round pick just out of charity for Edmonton.