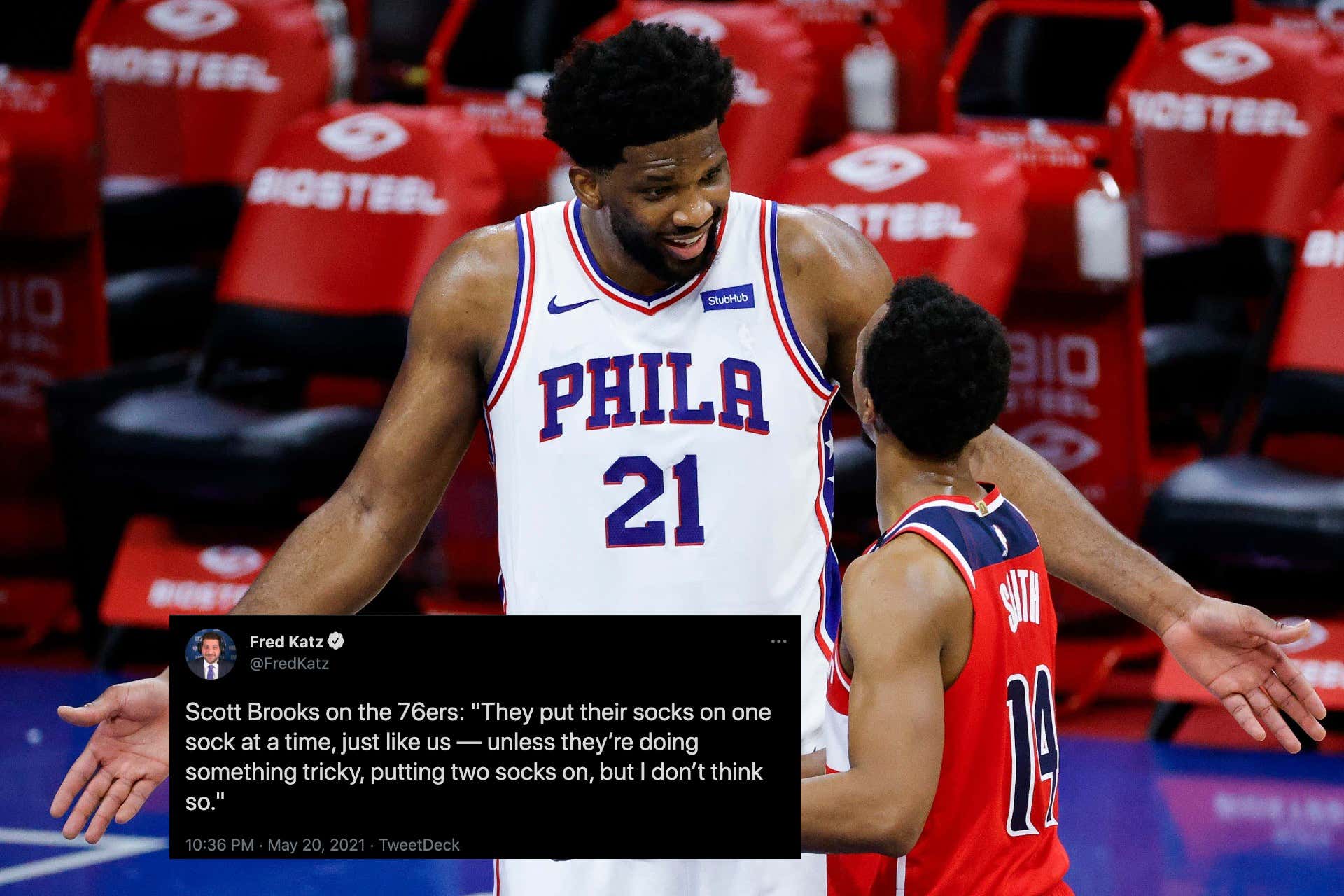 Uhhhh so is Scott Brooks trying to lose here?  Does he have plans that first weekend and June and wants to make sure the season is over by then so he doesn't have to cancel his vacation? Because it seems like he just handed the scouting report straight to Doc Rivers.

All the Sixers need to start working on right now--if they haven't been already--is tossing both socks on at the same time. Seems like once they're able to accomplish that, we're looking at a clean sweep against the Wizards. Seems like the whole squad just has to get two (2) Sock Sliders and this series is over before opening tip-off.

Now even if Joel Embiid is still out here going one sock at a time, I'm not entirely sure how that's going to help Washington.

Embiid could probably just go no socks at all and still average 25 in this series. He has his own signature shoe so it's not like he'd have to worry about them getting stinky. Under armour could hook him up with a new pair for every game. Moral of the story here is that if the Wizards are already this unsure about how the Sixers are putting on their socks, then they're still going to be entirely unsure about how to defend Embiid. So for that, it's Sixers in 4.