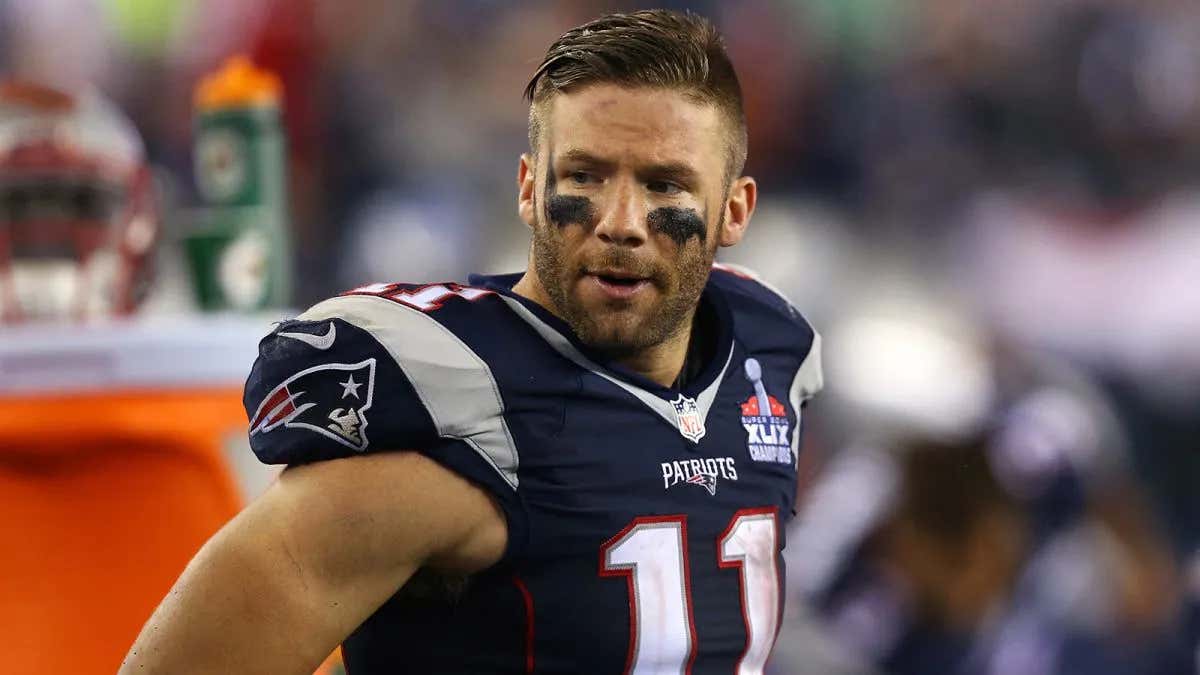 Tom Brady has cruelly toyed with our emotions about it:

Rob Gronkowski, in the most obvious joke of all time, put the chances of it happening at 69%. And among Patriots fans online and in (for now still socially distanced) person, it's been the subject of endless conjecture, fear and loathing. But everyone can rest easy.

Julian Edelman is not going to unretire and ask to be traded to the Tampa Bay Buccaneers.

We've got a direct answer, straight from the Squirrel's mouth.

NFL.com -  He told NFL Network's Michael Irvin recently that despite the rumblings of a move south to Tampa coming almost immediately after Edelman announced his retirement, that isn't happening.

"My knees breaking down, I'm not gonna sit here, you know, I got everything I wanted," Edelman explained. "I got three rings, played in a magical dynasty, with an unbelievable franchise coach, best quarterback of all- time, like, yo, I'm not a greedy guy. I played to win, I played to compete, I don't need anything else to prove. I'm good with what I did, I left it all out on the field."

Edelman went on to say that he's not thinking about the Hall of Fame and mention his upcoming gig on Inside the NFL, which I'm looking forward to because I think he'll be outstanding. But the only real takeaway is that he has taken any speculation he's going to pull a Gronk, sealed it in concrete, encased it in lead, and buried it deep into the Earth's core so no one will ever try to dig it up again. Hallelujah.

I mean, it would be hard to begrudge him if he did try to rehab his knee for a year and leverage his way onto the Bucs roster. It wasn't that long ago that he was running down Brady passes like they were Frisbees, then running back to the huddle wagging his tail, excited for his best friend to pat him on the helmet and throw another before he even caught his breath. No one ever seemed happier doing what he was great at than Edelman from 2009-2020. No one. Except maybe everyone on the 2021 Buccaneers roster.

On a certain level, I get it. Bill Belichick is that stern teacher who gets the best out of you through discipline, focus, and no-nonsense emphasis on correcting your mistakes. Going from him to Bruce Arians must be like going from Professor Snape to Robin Williams in "Dead Poets Society." But some guys want that tough teacher. They're in it to achieve, not be pandered to. They're not there to stand on their desk and prattle on about seizing days. They're there to stand on your neck and seize victories. That's Edelman. And he wouldn't want to have it any other way.

And for New England, it's a relief to know that, for now at least, some huge migration south is not happening. That Foxboro can still be what it was for 20 years, the place you come to win. And not the place you leave so you can practice in 70-degree afternoons in the shadow of a palm tree in late December. Like so many great champions that came before him, from Troy Brown to Tedy Bruschi to Dont'a Hightower to Devin McCourty to David Andrews and many more, Edelman came into this pro football world as a New England Patriot, and that's how he intends to leave this world.

Godspeed, Minitron. You might not care about going to Canton, but the rest of us want to see it happen. Because you deserve it. And not just because you did me a solid. But it doesn't hurt. 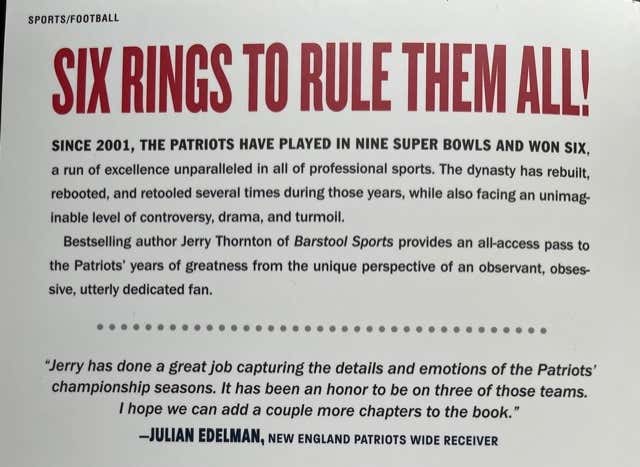