You've all seen the clip by now, so I'm not sure how much of a backstory is needed. It was another thrilling, three set match against Hank inside Stool Streams Stadium. He was on the winning end of a marathon first set, taking it 25-23. I settled in as the match went on, evening the series after a 21-9 second set victory.

And then came the third set, when I was fortunate enough to take that one and the series after a 21-14 win. But everyone is talking about our postgame handshake, when I went up to Hank and shook his hand after the final point. I walked away after, turned around, and saw that Hank was still down on the ground. So, I decided to go back and attempt to help him up. I got in the position to do that, he rejected my offer, and I walked away. With the position I put myself in, it did look identical to the Allen Iverson moment.

I'm here to tell you that this was ABSOLUTELY NOT the intention here. Could I have stayed to the side and offered my arm out? Sure. But that's not what happened, and I get the hoopla over the position. I pride myself on being a positive person and having sportsmanship every time I compete, and that is what I was trying to do here. I'm sorry that Hank has to be on the other side of this as well, because as I mentioned before, that was not what I was going for here. I was genuinely trying to help him up. That's it.

More importantly, for the second consecutive week, we had a $500 Progressive Jackpot winner! Congratulations to "stevekolb" for cashing in and going perfect on his picks. 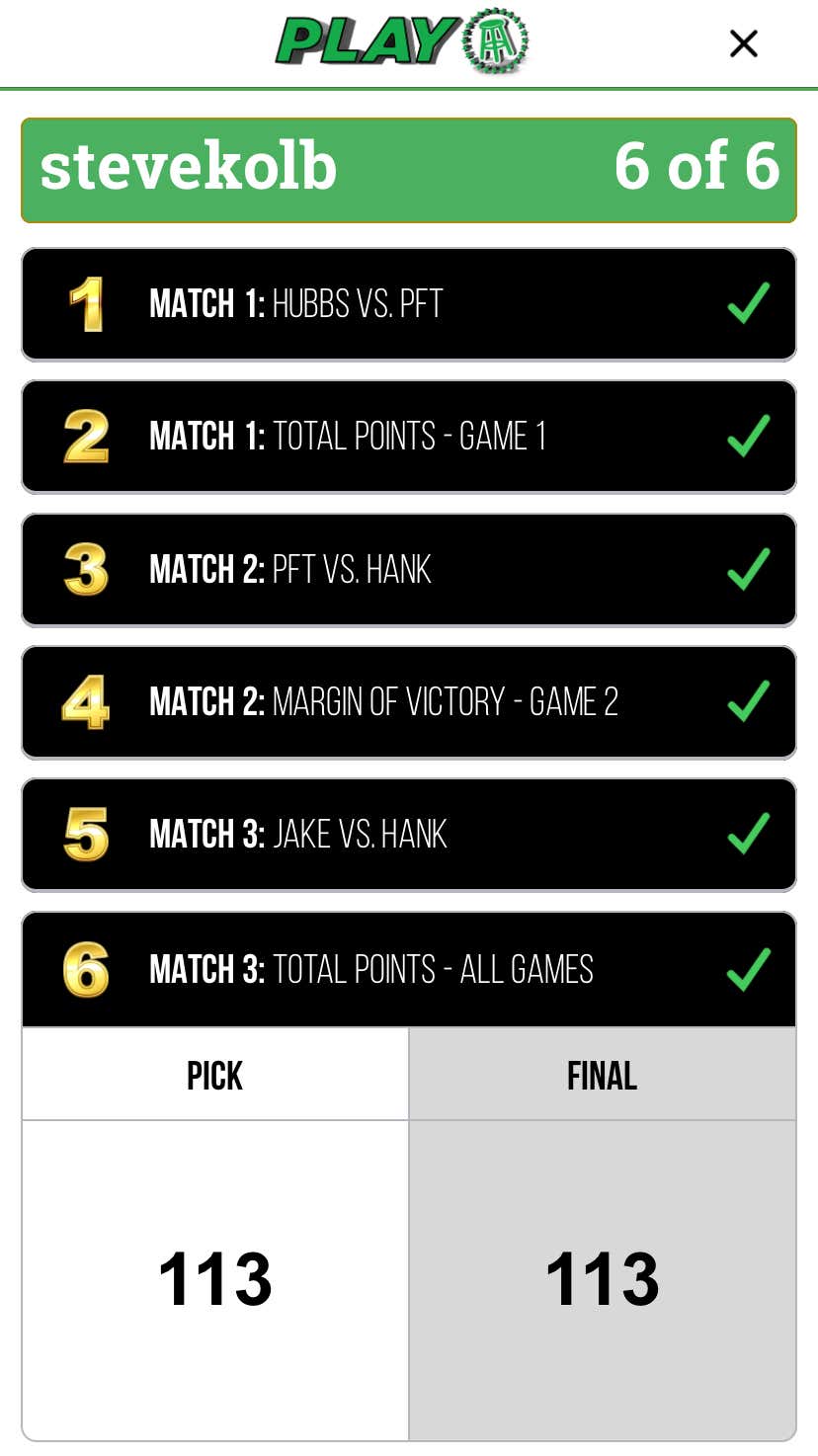 Looking ahead, we have what should be another great broadcast next week inside the Triple S. Cornhole returns with an awesome triple-header, including Big Cat vs. Frank The Tank, Jeff D. Lowe vs. Spider, and Marty Mush vs. Rico Bosco. Make your picks below and you could be taking home the cash next week.