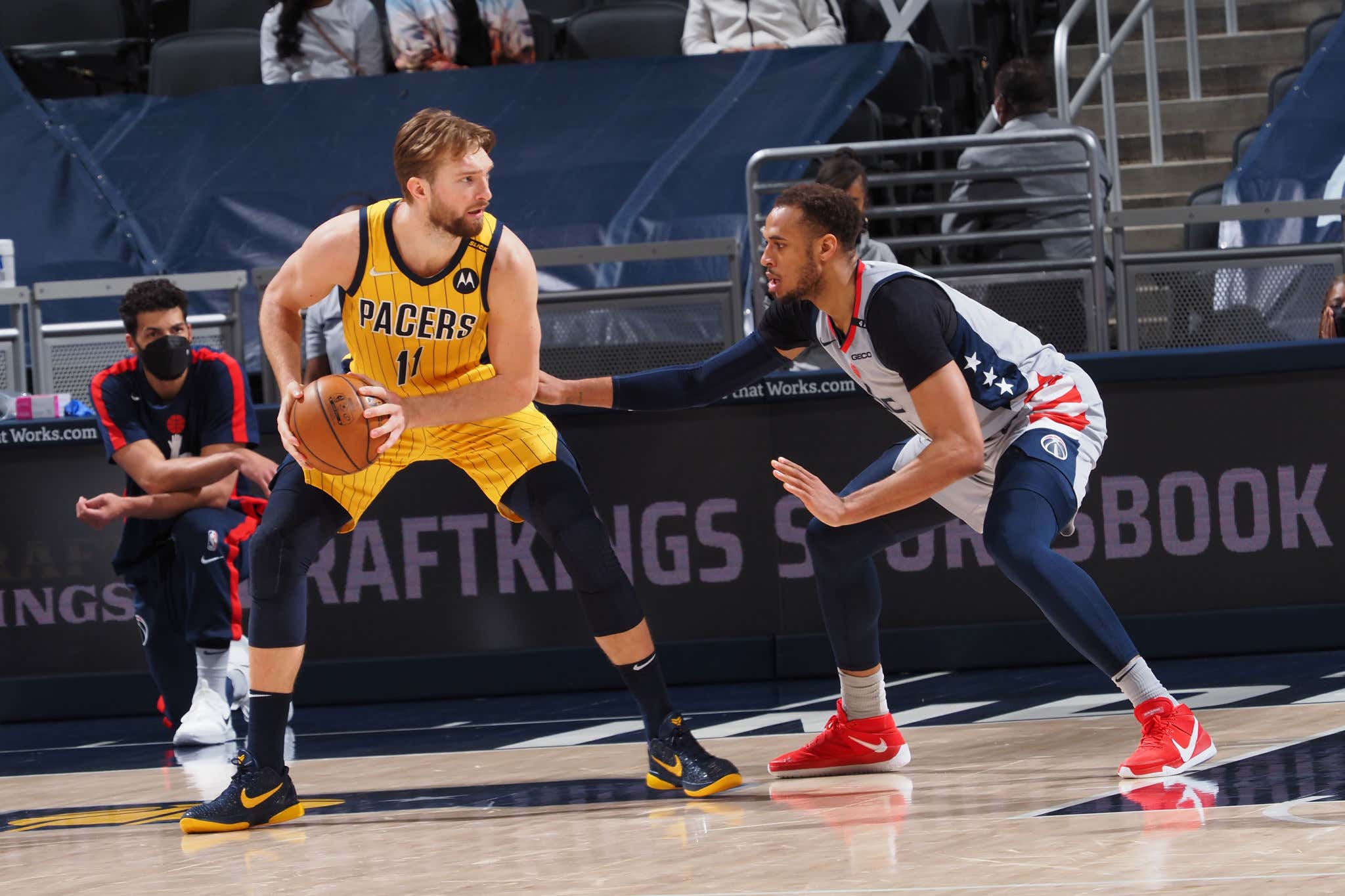 Is anyone still doubting the play in tournament? Not sure how you could after what we've seen in both conferences so far. While Day 1 is cool and all, it doesn't exactly have the same "playoff" juice because it's not a win or go home situation for everyone involved. That's the beauty of Day 2. Now the real playoff vibes kick in. The moments get bigger, there's more pressure, seasons are on the line.

Which brings us to today's matchup of the Pacers vs Wizards. You may remember these two teams played each other on May 8th in a 133-132 OT thriller. Things aren't quite the same this time around, so let's get you all caught up and ready for the action

As we know, Caris LeVert is out as a result of being in the health & safety protocols. That blows, mostly because 12 days ago he had 35/14/8 in that game. On the Wizards side, Bradley Beal is probably 60% which also blows because he had 50 in that May 8th contest. So for those of us who enjoy watching the best players in the league battle on another in a playoff environment, we're all losers there.

The interesting part of this matchup for me is without Myles Turner and LeVert, how exactly are the Pacers going to defend. Playing the Wizards is not the same as playing the Hornets. The Hornets have a dogshit offense. If they don't get hot from three, they really can't score. In the three matchups these two teams had this season, the Wizards are averaging 132 points.

You could argue the Pacers haven't shown the ability to slow down this Wizards team no matter who has been active, and you'd be right. Let's take a look at how each team is health wise leading into tonight

Based on what we saw against the Hornets, I'm going to assume at least Brogdon plays. What makes this game hard to predict is how out of nowhere both of their performances were on Day 1. Missing Caris LeVert, who saw the Pacers dropping 40 first quarter points with Dougie McBuckets turning into Steph Curry? That feels like maybe it was a CHA defense issue and maybe just some luck. Then on the other side you had the Wizards, who have been killing everyone, look mostly like dogshit against a Celtics team that I wouldn't exactly call dominant. Russ wasn't the usual Russ, Bertans couldn't hit a shot, and defensively they were not the same team that's been nails for like two months.

I'm excited for this game because these teams are much closer in style. Washington plays at the fastest pace in the league, and the Pacers 4th. Both teams want to get out and run. The difference is I would feel more confident as a Pacers fan if somehow things slow down. You have Sabonis on the block. Even if he struggles to score in the post, he's a fantastic passer. You can run offense through him in the half court. You also have a legit P&R point guard with size in Brogdon.

There were some out there that said the Wizards actually prefer the Sixers and that's why they lost to Boston. OK, sure. Tonight is a great chance to show us how true that is. The Pacers certainly aren't going to sneak up on anyone after their performance against CHA, and really no matter who wins this game it's going to take a massive upset to beat Philly anyways.

All I know is every time these two teams have met, we get nearly 300 combined points. If you're someone who enjoys defense, tonight might not be your night but for the rest of us it should be wildly entertaining.