Not sure if everybody saw, but last night The Island Of Misfit Toys, dba "The Misfits", knocked off #2 seed "Team Minhane".

Our team really shined in this one. We worked off the rust (hangovers) that plagued us in the morning match the day before and started to gel. It was only our second match with Hank and my doubts that the was a mole were beginning to subside.

Everybody has been comparing him to Tony Snell based on his stat line in Game 1, which is all well and good, but I think he's more of a Tyron Lue.

People forget, but KG demanded the Celtics bring Tyronn Lue on board as part of his deal to sign in the Kevin McHale gift package. Just like what Jon Lester did with David Ross and the Cubs. Lue didn't play a lot but he was integral to Boston's success as one of the biggest locker room guys, KG whisperer, shit talker, and quasi-coach.

Tell me I'm stupid if you want but Hank is turning into our Tyronn Lue before our eyes in my eyes.

But back to Team Minihane.

If I showed you this picture and asked you to guess, pre-match, which one of these three on the left would display poor sportsmanship after losing, who would you guess? 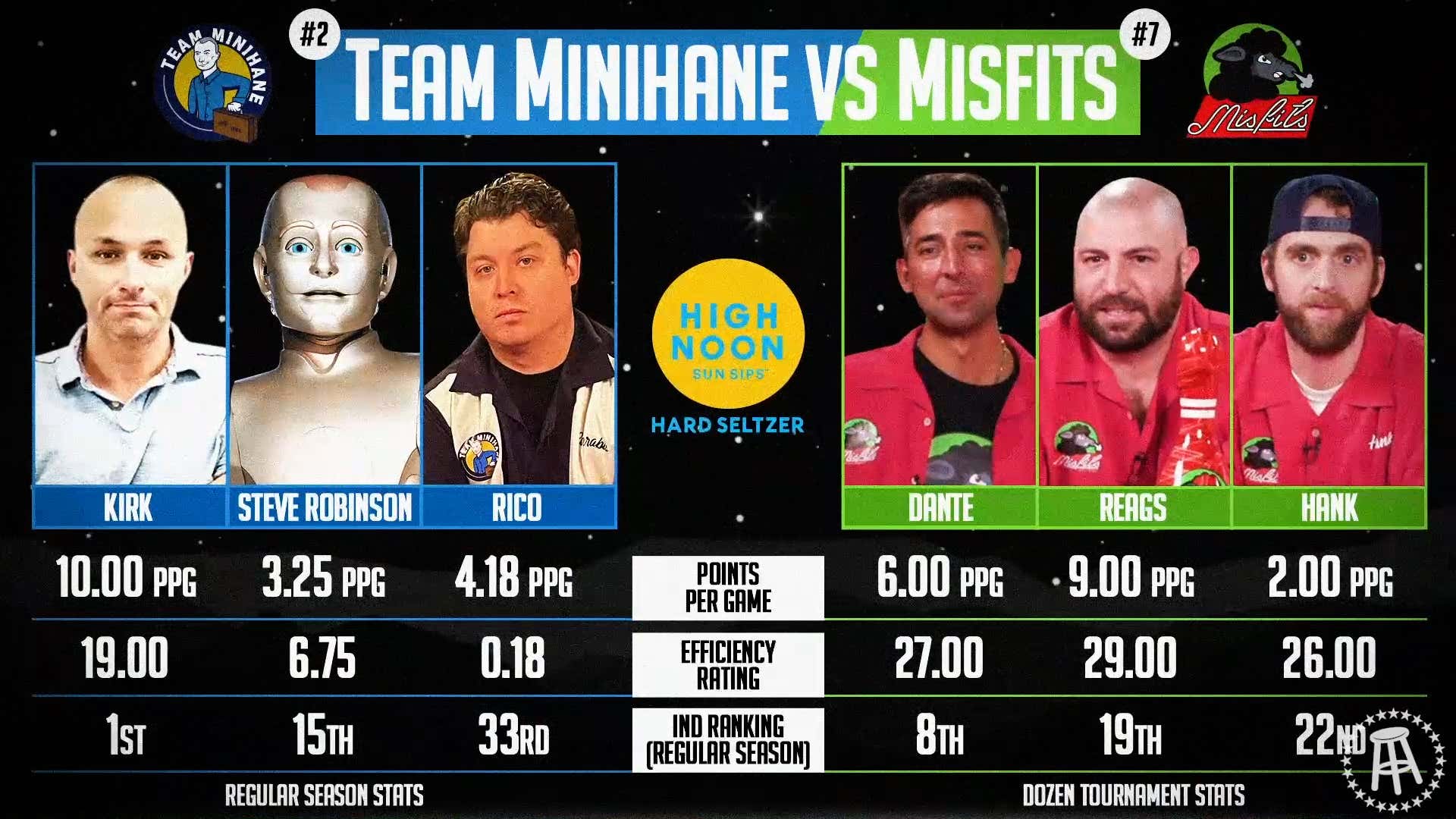 You would definitely say the robot, or Rico(?) right?

Not a man of integrity, who shoots everybody straight all the time like Kirk.

Which is why it's so embarrassing that a company valued at however many billion Barstool is (pre Dave gambling losses), can't get one of it's stars some reliable internet. Which results in them looking like a Charmin extra soft cry baby.

Kirk deserves better than this. I'm really impressed he handled such a bad look in stride. Gotta tip your cap.

But a message to the corporate schmucks responsible for dropping the ball and making Kirk look bad, clean it up guys!

The Misfit Train keeps chugging along