Jeff D. Lowe and the rest of the crew behind The Dozen: Trivia Tournament deserve a ton a credit. They have built a monster product and a thrilling event. Another chapter in this awesome tournament aired last night, when (1) Frank & the Frankettes took on my squad in (9) Generation XYZ. It was a back and forth battle throughout, and eventually took Overtime to decide this one.

Luckily, Generation XYZ was fortunate enough to pull this one out, and we advanced to the Tournament Semifinals after pulling off the huge upset.

But the moment of the match that I want to zone in on right now comes in Round 3. F&TF held an early, 3-1 lead and led off the NFL category with the following question: 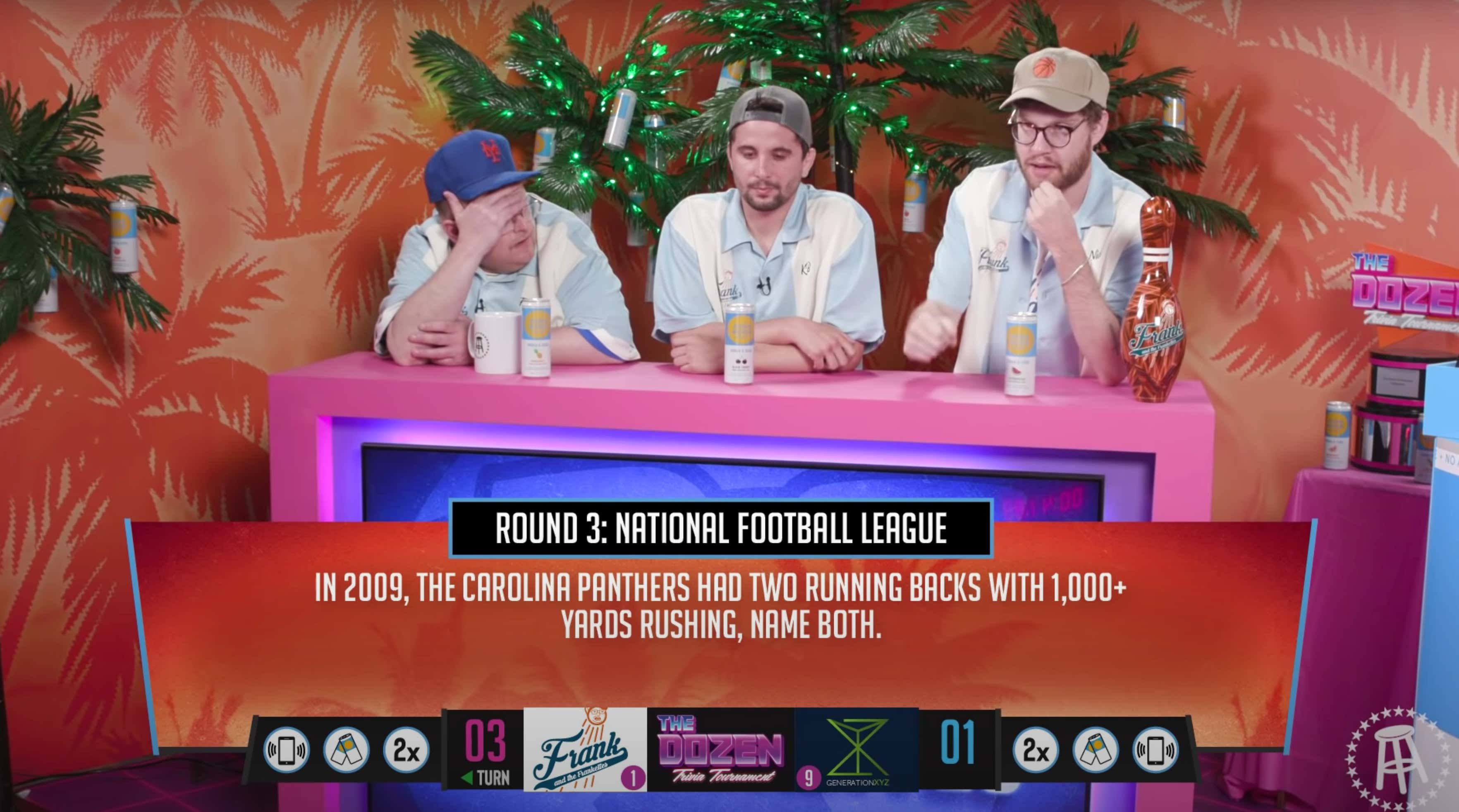 I knew this one immediately, but never thought there was a chance this question was getting back to us for a steal opportunity. Nick is the host of Barstool's Fantasy Football Podcast, Frank is a big sports guy, and I wouldn't have been shocked if KB knew it, either.

DeAngelo Williams and Jonathan Stewart were the first "Running Back By Committee" that I can remember when playing Fantasy Football back in middle school. When F&TF didn't know the answer initially, I still didn't get my hopes up. Why? Because it was time for them to call Steven Cheah. And if you know one thing about that man, it's that he knows his football.

But luck was on our side with this one, too…

Sometimes, you need things to break your way in order to pull off an upset. That's what happened in this category with this huge two-point swing. And a chaotic, intense match later, Generation XYZ is on its way to The Dozen: Trivia Tournament Semifinals. We continue our Cinderella run next Tuesday. In the meantime, enjoy the upcoming matches of the tournament!