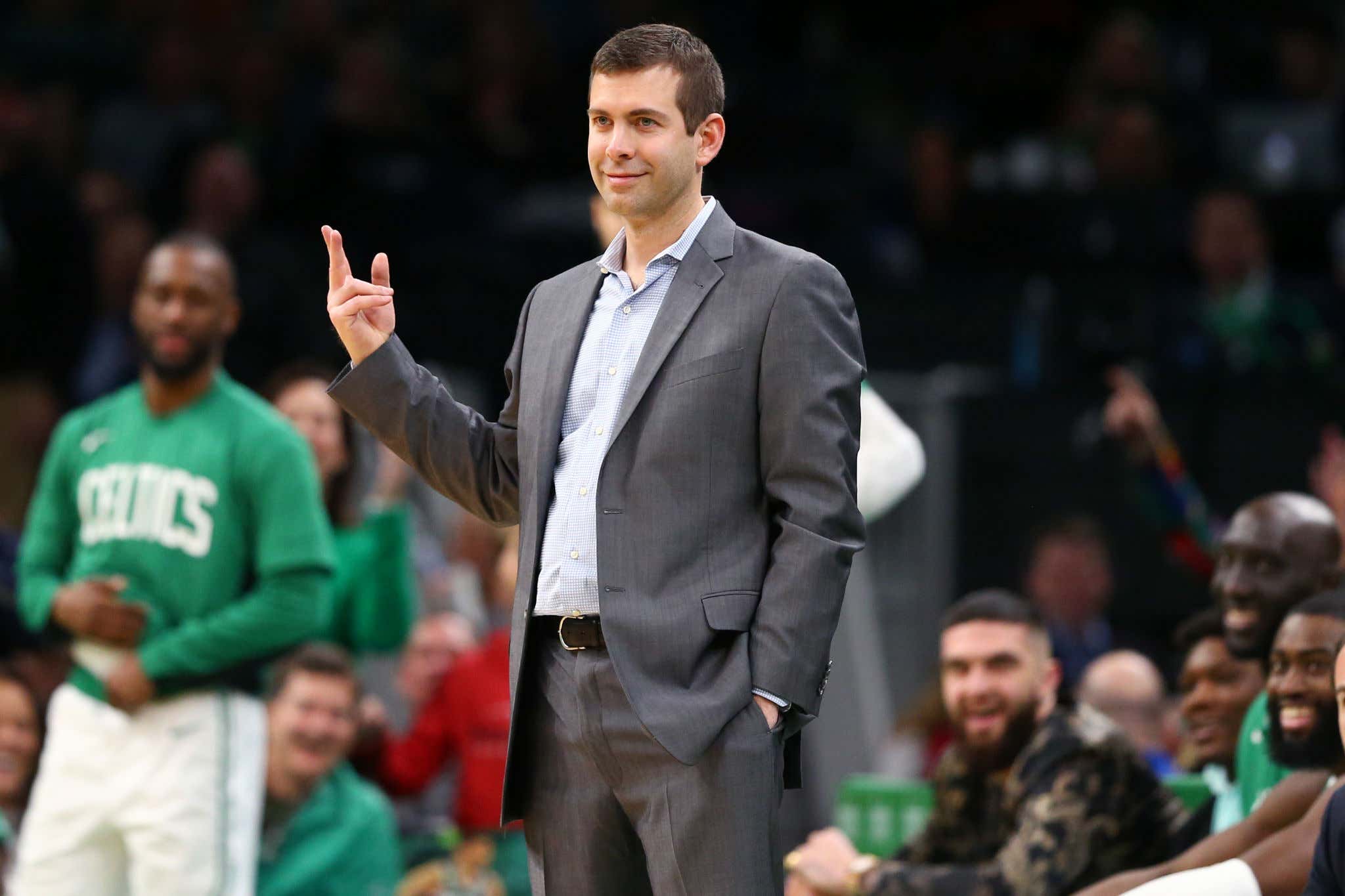 That's right Woj, say it louder for the people in the back!'

For those keeping score at home, we've now had the team owner, the team GM and now one of the biggest insiders in the sport (and a clear Celtics leak) all say the same thing. Brad isn't going anywhere. Why some Celtics fans will still go on Twitter and scream that Brad should be fired, I'll never understand. Everything we've heard from Brad himself suggests he's not asking out, the team just extended him, so I'm not really sure why this is even still a talking point. The team has been so public about this that it would be beyond shocking if something suddenly changed in a few months.

What I've always struggled with when it comes to the topic of Brad Stevens and those who demand he be fired is the rationale behind that. How you look at his entire body of work since he got to Boston and for some reason declare that this weird/shortened/condensed season in which he never got to have his actual intended top rotation play even 1 minute together outweighs everything? I just cannot follow that logic. I also don't think it's an accident that the buzzwords and phrases you hear from those people on Twitter sound an awful lot like the takes you hear on the radio….which is meant to be entertainment.

I think we all can agree that the roster is flawed. People talk all the time about how the depth of this team sucks dick. Well if that's the case, what does firing Brad have to do with finding a solution? Is he perfect? God no. There are a long list of things he can do better. He does still need to prove that he can help this team get over the hump and reach a Finals. But you sure as shit don't fire him after a season like we just experienced. Don't be so emotional and short sighted. You want to use teams like the Hawks as an example? They fired their coach and then took off. True, but that has WAY more to do with their best players finally getting healthy. Bogdanovic came back in early March and everything changed. Lloyd Pierce had to deal with nothing but injuries, and as a result they were losing. Then maybe you want to say the Sixers, they did it and now look at them. Well, they also improved their roster depth to better surround their two best players. One of those best players turned into a legit MVP candidate. That feels important.

On the other side, how about the Pacers or the Bulls? They fired their coaches and how did that work out for them? The Bulls made moves at the deadline to bring in an All Star, did it help?

When talking about Brad, you hear the same old "the players are tuning him out!" take that again started on talk radio and is now being treated as fact. So when Brad had his rotation mostly healthy post trade deadline and the team looked great they were tuned in, but in the games they lose they tune him out? I'm not sure that makes any sense.

You don't solve the issue of where the Celtics are right now by firing the coach. You do what you can with the assets/trade exemptions you have to give him a more competent roster. That's a Danny Ainge problem. He built it, it didn't work, and now he has an opportunity to fix it.

I also think there's something to be said where if the Celts ever find themselves in a position where one of their best players asks to be traded and they need to enter a rebuild, Brad is the exact coach you want for that situation. We've already seen him do it. For a guy that has had nothing but constant roster turnover pretty much since the day he arrived, somehow he continues to have this team competitive. One down season which is both in part to player underachievement and injury/covid does not change the bigger picture. It just doesn't.

So I'm happy we can finally put this to bed. At least I hope we can, because it's all very exhausting.