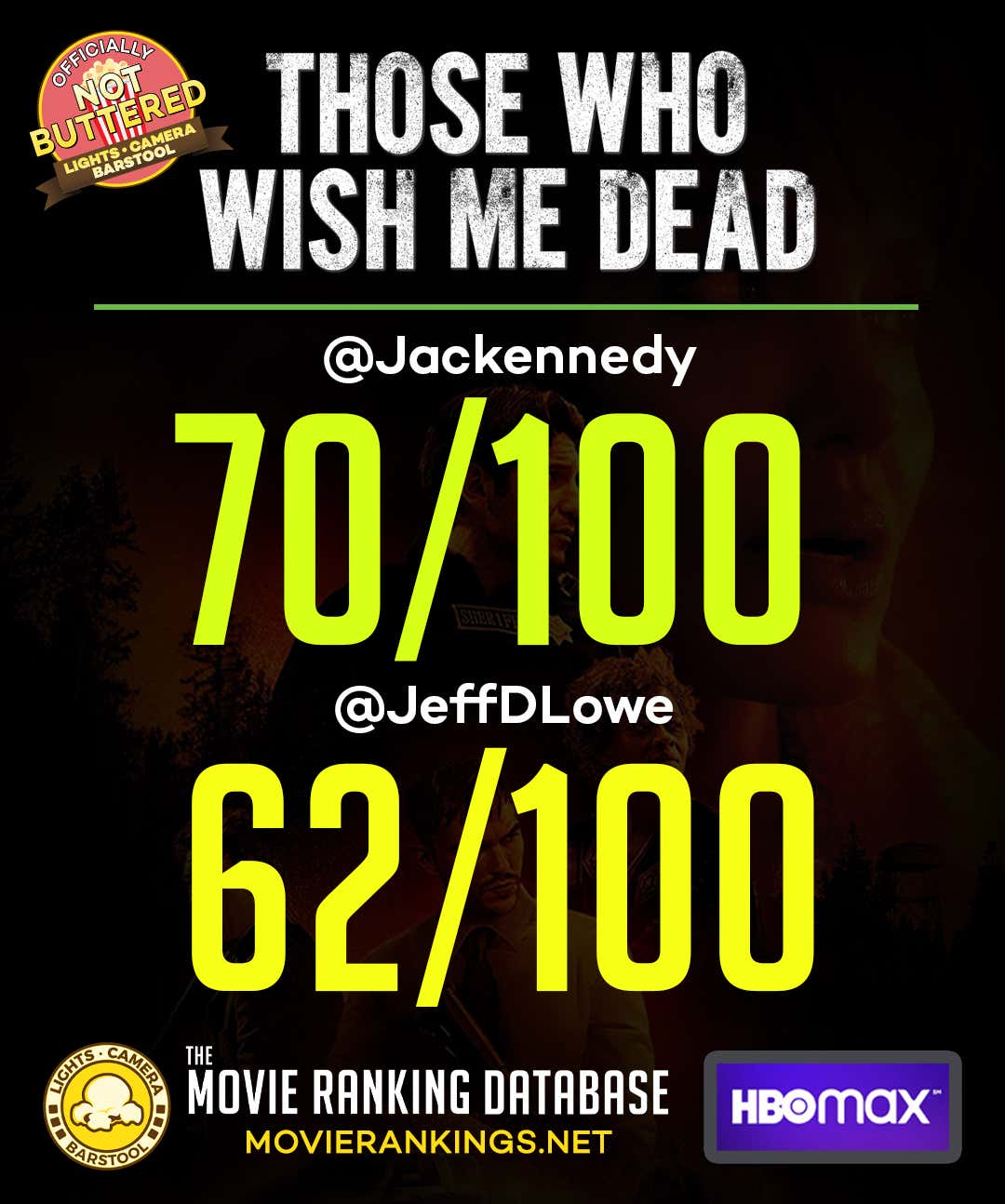 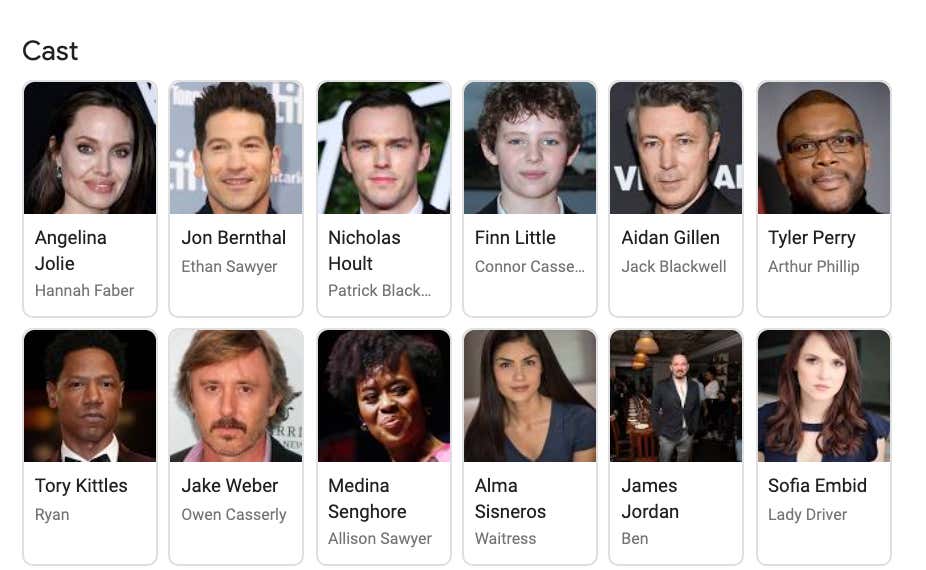 Still reeling from the loss of three lives, Hannah is a smoke jumper who's perched in a watchtower high above the Montana wilderness. She soon encounters Connor, a skittish boy who's bloodied, traumatized and on the run in the remote forest. As Hannah tries to bring him to safety, she's unaware of the real dangers to follow: two relentless killers hunting Connor, and a fiery blaze consuming everything in its path.

I love Taylor Sheridan. Since 2016, he has ripped off 3 of my favorite movies in Sicario, Hell or High Water and Wind River. (He wrote the first two, wrote/directed the last). 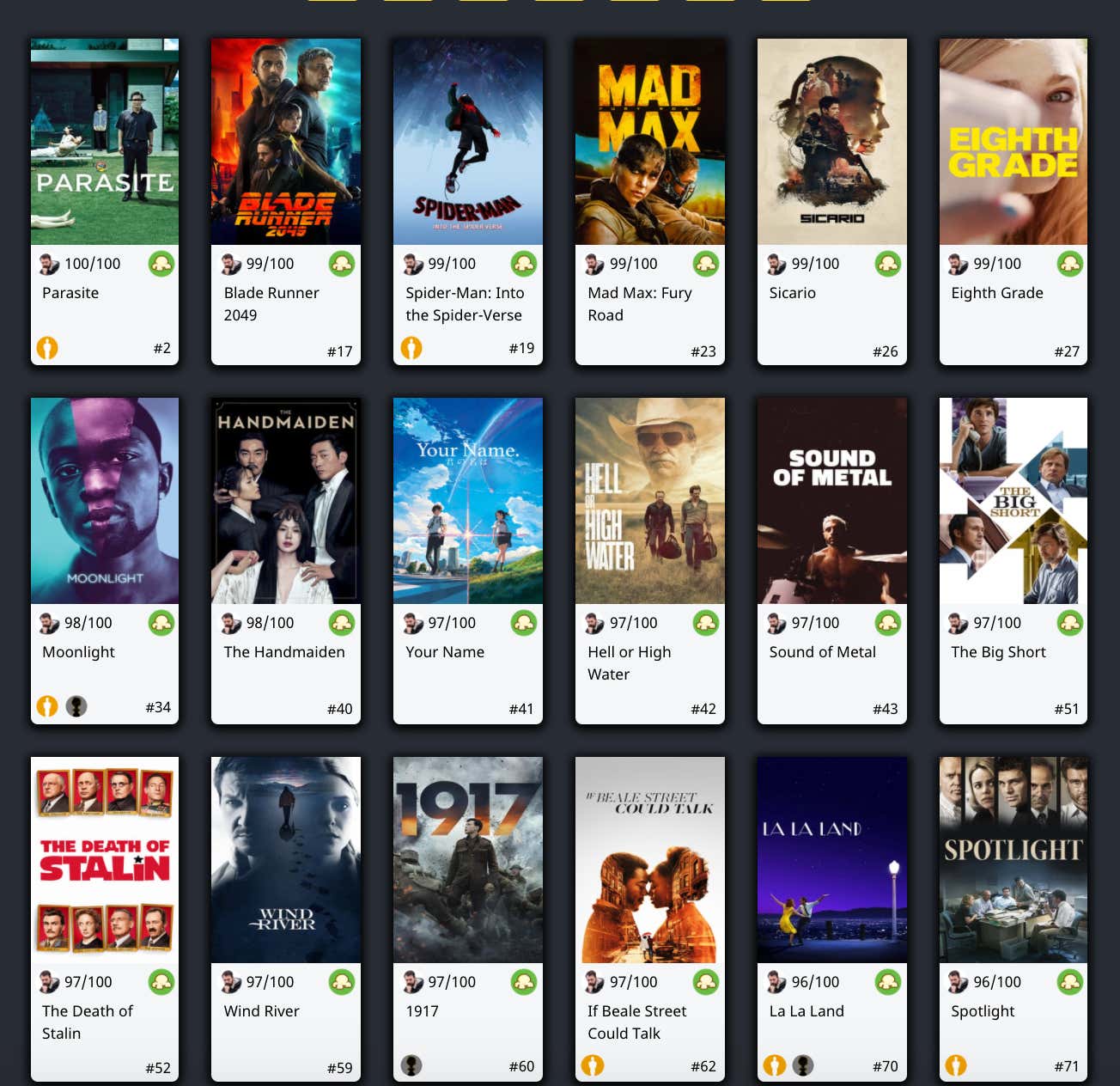 He is also the showrunner on Yellowstone, which is incredibly good. With this all in mind, I was super pumped going into this movie. He  co-adapted the script along with the writer of the book this was based on, he directed, and he got a stellar cast which you can see above. So you can imagine my disappointment when this didn't really come close to performing IRL how it looked on paper.

The movie had 3 groups of characters that have an intersecting story. Jolie & the kid, the two assassins, and Bernthal with his wife. That is 6 total characters this splits time with, and none of them are really fleshed out past a surface level. Since this story relies less on stoicism and tension than Sheridan's previous stuff, it was really important for us to build connections with these people. That just never really materialized which is a big time bummer.

Now, none of this is really on the actors involved. I loved seeing Jolie back in action and she definitly has still got it. The kid actor, Finn Little, was also very solid which was a relief since kid actors can sometimes sink a movie. Both assassins (Nick Hoult and Adian Gillen) worked well with what they had,  Bernthal was Bernthal and Medina Senghore was a surprise in how badass she was. We talked a little bit about it on the episode about how Gillen was maybe a bit of a miscast as an intimidating assassin and how Hoult is basically above playing a henchmen with nearly no dialogue, but that is neither of their faults.

It sounds like I hated this movie or something, but the reality is that I'm just disappointed because I've come to expect more from Sheridan. There are plenty of things to like about this movie including good gunplay, good tertiary characters and fantastic use of sound (which may only apply to the theater experience which was awesome).

I think a few things would have made this movie more of a success. And warning SPOILERS BELOW

- Removing Hannah altogether and making the movie about Ethan and Allison protecting Connor. Or vice-versa, even.

- Removing the general goofiness of it with the bullshit like hiding around the tree scene, the dumpy dialogue, and teasing the Tyler Perry character that had NO payoff. Was that a setup for a future movie? What the fuck!

those who wish me dead+ 7 Tags