It's been 12 hours since the match aired, and over a week since we recorded it, and I am still in shock.

Even if you think 10-seed Nightmare cheated all season, did you really think they would only score 2-points in person!?

No shot. Just look at the records they set last night: 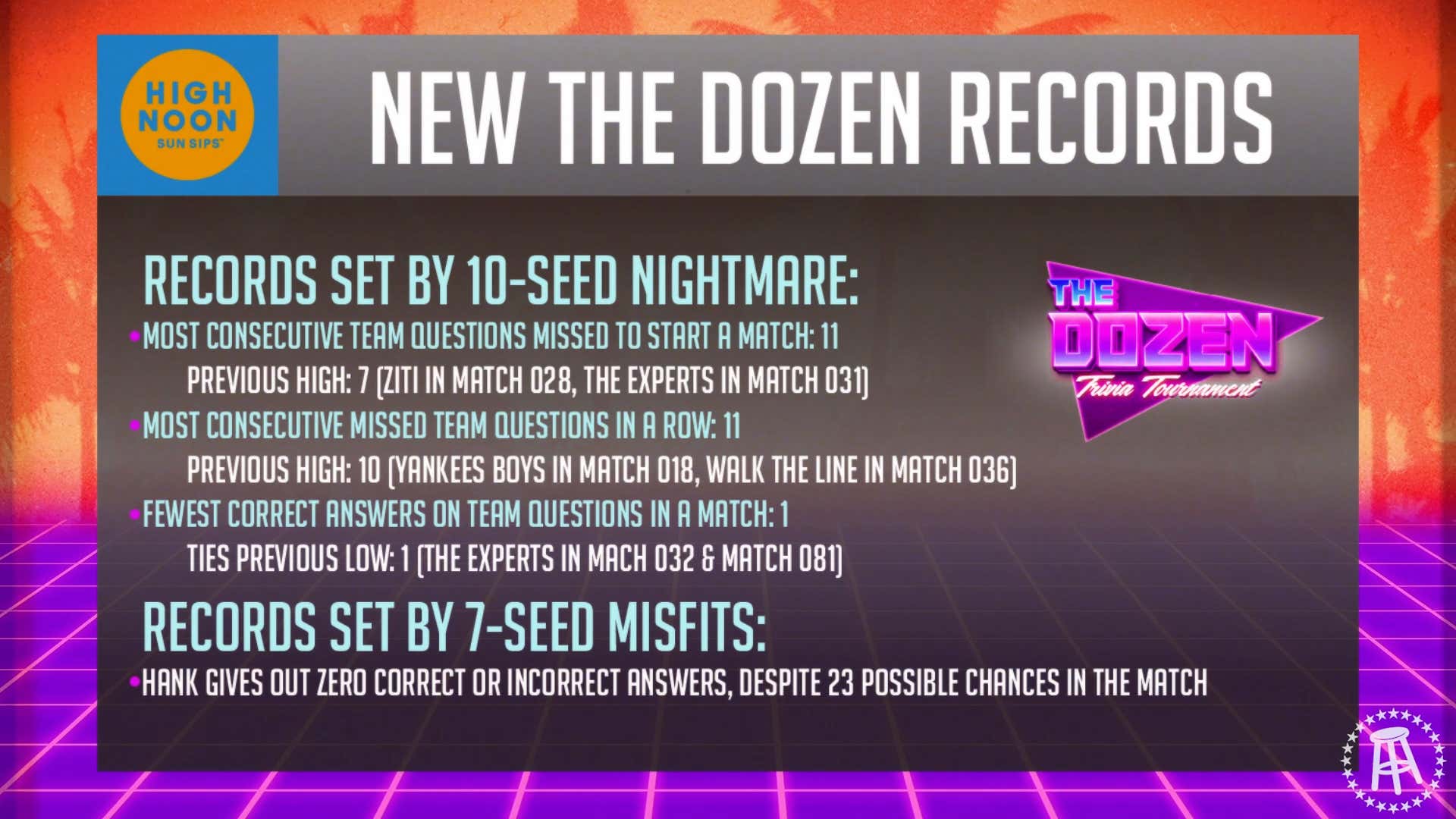 All of this seems nearly impossible, but they did it! Not getting a single one of their own questions until Round 12 is fucking insanity. Here were their questions:

The only question they got was the last one. Just unbelievable!

Also, shout out to Hank for his Tony Snell moment…

Back again tonight for this match…

Frankette fans, welcome to the Tournament.