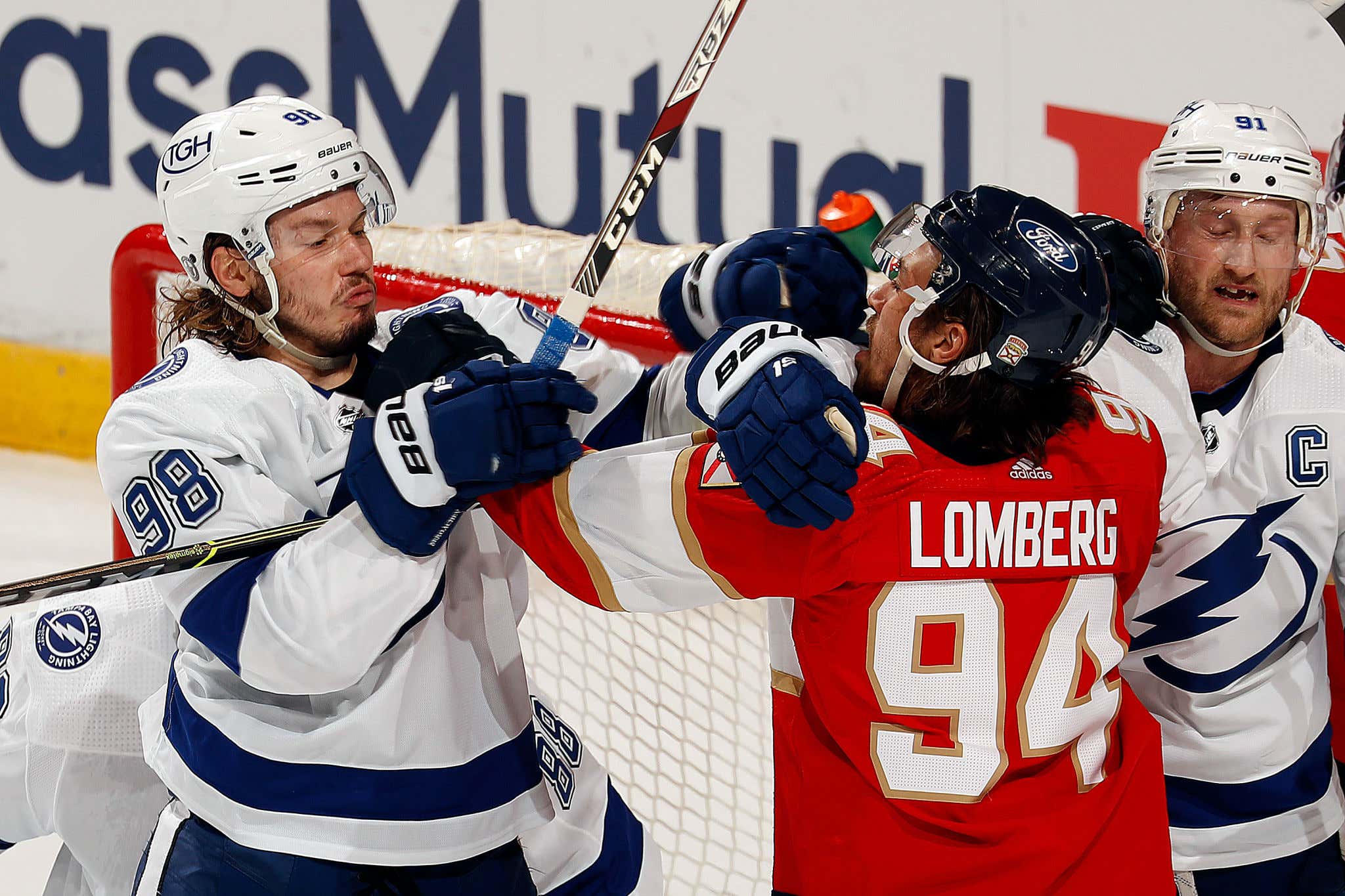 28 years. That's how long we waited to finally get an all-Florida Stanley Cup Playoffs series. Tampa Bay opened up shop for the '92-'93 season and Florida started a year later in Sunrise. When they joined the league, it was hoped that the I-75 teams would have a fierce rivalry at some point. The best way to build up bad blood is a nasty playoff series or two. But it never happened. Between the initial expansion doldrums that teams used to go through until Vegas, inept management, bad teams, and shit luck, NHL fans had never seen the Lightning and Panthers square off in the post-season before. That is until last night. And dare I say, it was worth the wait.

In what was the most entertaining of the four Game 1s played over the weekend (depite being the only one that didn't go into OT), Tampa Bay roared back with two third period goals to stun the Panthers in their own barn, 5-4. The stars shone bright on the Atlantic side last night as Jonathan Huberdeau, Aleksander Barkov, Nikita Kucherov, and Brayden Point each had multiple 'holy shit' highlights. There were scrums seemingly every whistle and nasty hits aplenty (with one very costly one).

Which already resulted in a one-game suspension 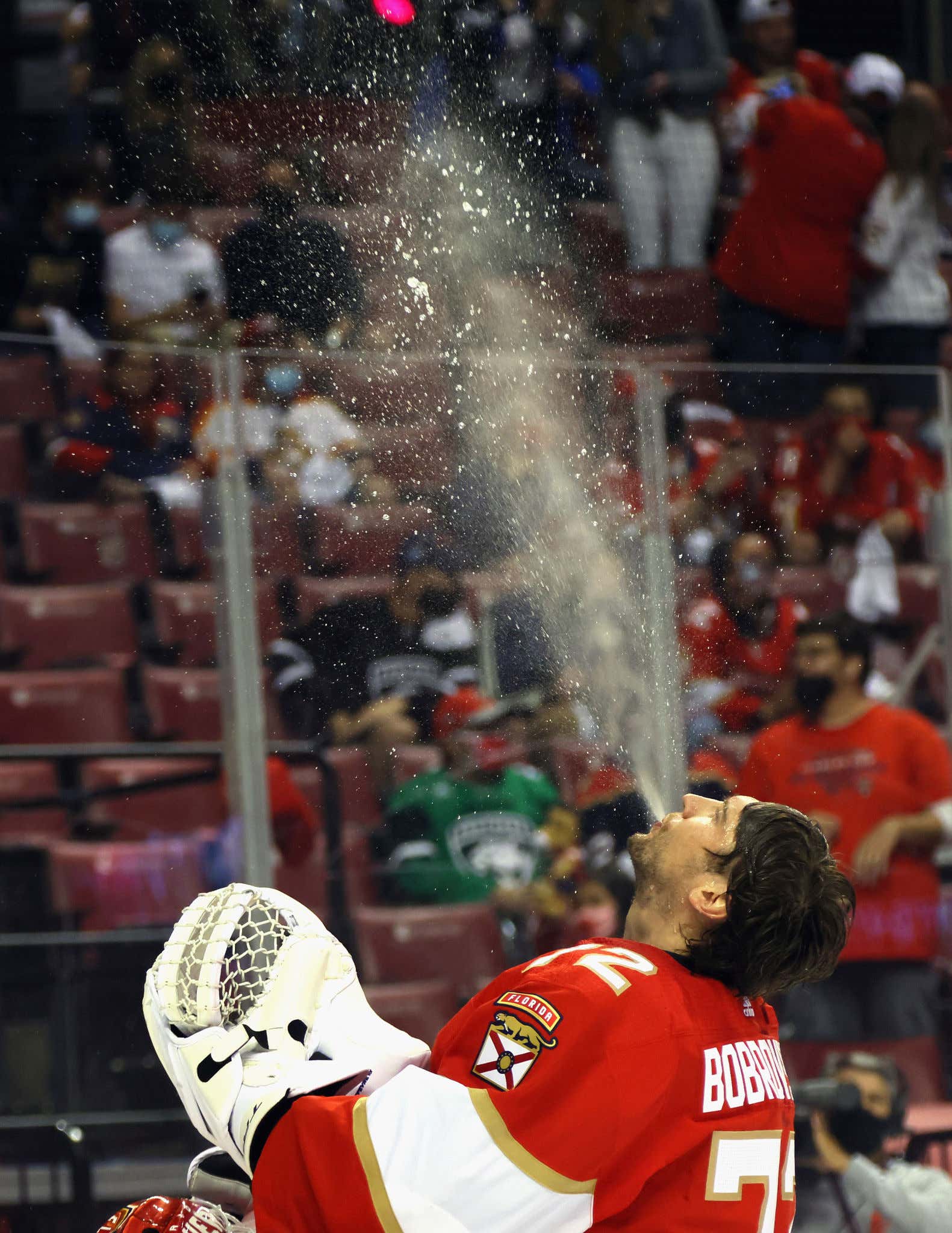 "For my next impresssion…'The Great Kabuki'!"

I've been visiting crazy Uncle Mitch the Ice Cream Man in St. Pete since the early '90s so I've always kept an eye on the Lightning and hoped they had success after their early futility (I still remember the HAMR TIME billboard for Roman Hamrlik). When I stayed with him for a month or so in '99, they were the only team to watch on TV and we also drove across the Bay to see them take on Big Walt and the Coyotes.

Getting fans was never an issue for the Lightning and the region was hungry for a NHL contender. The team still holds the record for the largest playoff attendance ever from their first-ever series in 1996 vs. the Philadelphia Flyers when their home games were played at the Trop (then called the Suncoast Dome). I happened to be visiting Sarasota in '04 during the Stanley Cup Final so we snagged tickets for Game 2. 11 days later, I abruptly flew down to Tampa for Game 7 and crashed my first ever Stanley Cup celebration.

Meanwhile in Sunrise, the Panthers struggled. On the ice. At the gate. In the media. Since the team's Cinderella run to the SCF in '96, the team has not won a single playoff series and failed to qualify 18 times. I drove across Alligator Alley on that same trip in '99 to take in a game at their sparkling new arena in Sunrise. It blew the new building in Boston out of the fucking water and was a pretty nice joint (at least it was 21 years ago). The location was less than ideal, especially for a mediocre team.

But things finally came full circle for these two Sunshine State franchises during this unusual season, which is totally apropos considering Florida is involved. These two teams clearly did not like each other before Game 1. That dislike morphed into hate last night in a flurry of goals, hits, chirps, and sonks.

It was looking like we were going to get our fourth overtime of the weekend until Point called game.

Despite the nine goals allowed, both goalies played very well. But when there is that much skill on the ice, goals are going to be scored. It was just the fourth playoff game in NHL history to have four lead changes. It was a tremendous game and exactly what the league wants to showcase. It's how playoff hockey should be.

Let's hope every game remaining is at least half as entertaining as last night's instant classic. 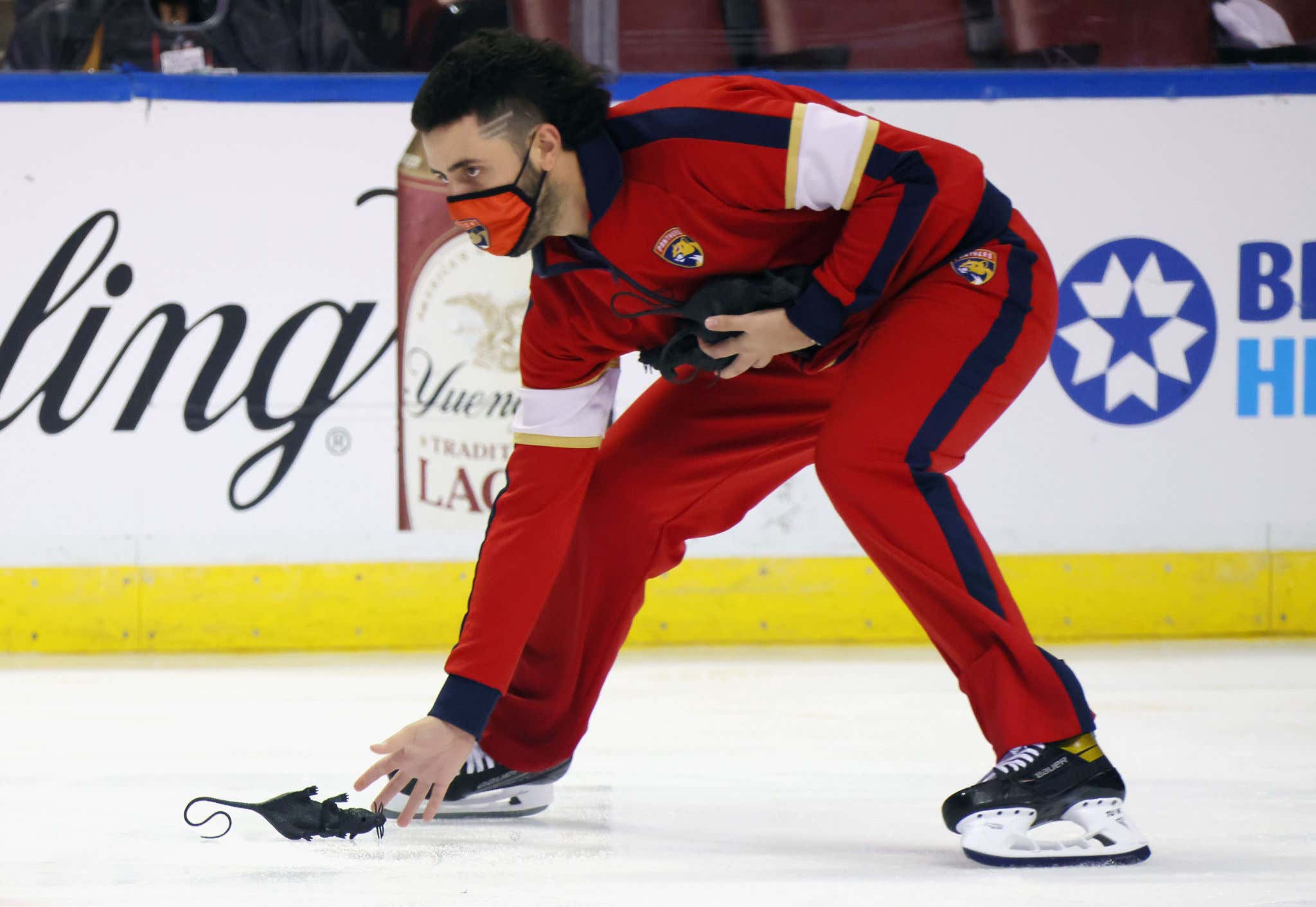 In case you weren't didn't know why Panthers fans throw rats on the ice.

What's worse than your team losing? Getting caught by the camera doing this.

Game 2 is tomorrow night at 8PM on CNBC.