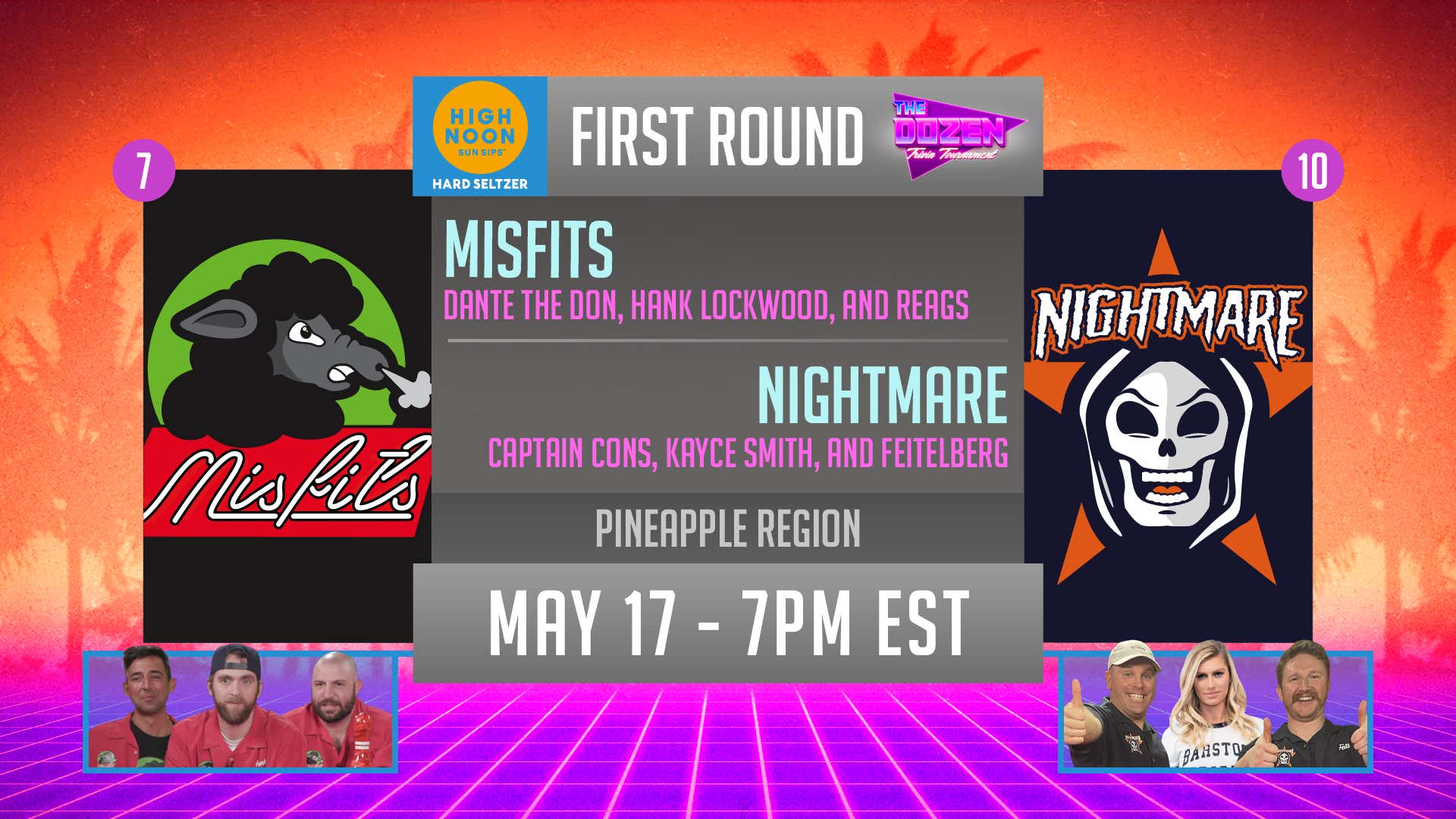 The Tournament is back again tonight with the final Round One match!

Tonight, at 7|6c on YouTube, Twitter, Facebook, and Barstoolsports.com, The Dozen: Trivia Tournament presented by High Noon resumes with 7-seed The Misfits vs. 10-seed Nightmare. You can watch on all of those platforms, and if you're watching on YouTube, set a reminder below:

Let's be honest, no offense to 7-seed The Misfits, all people will be watching tonight will be for whether or not 10-seed Nightmare can perform under the bright lights, in person. They've been excellent all year long, even after Captain Cons' suspension from the cheating allegations. But the fans hate them, and that is why, despite a 7-3 record, they're the 10-seed… 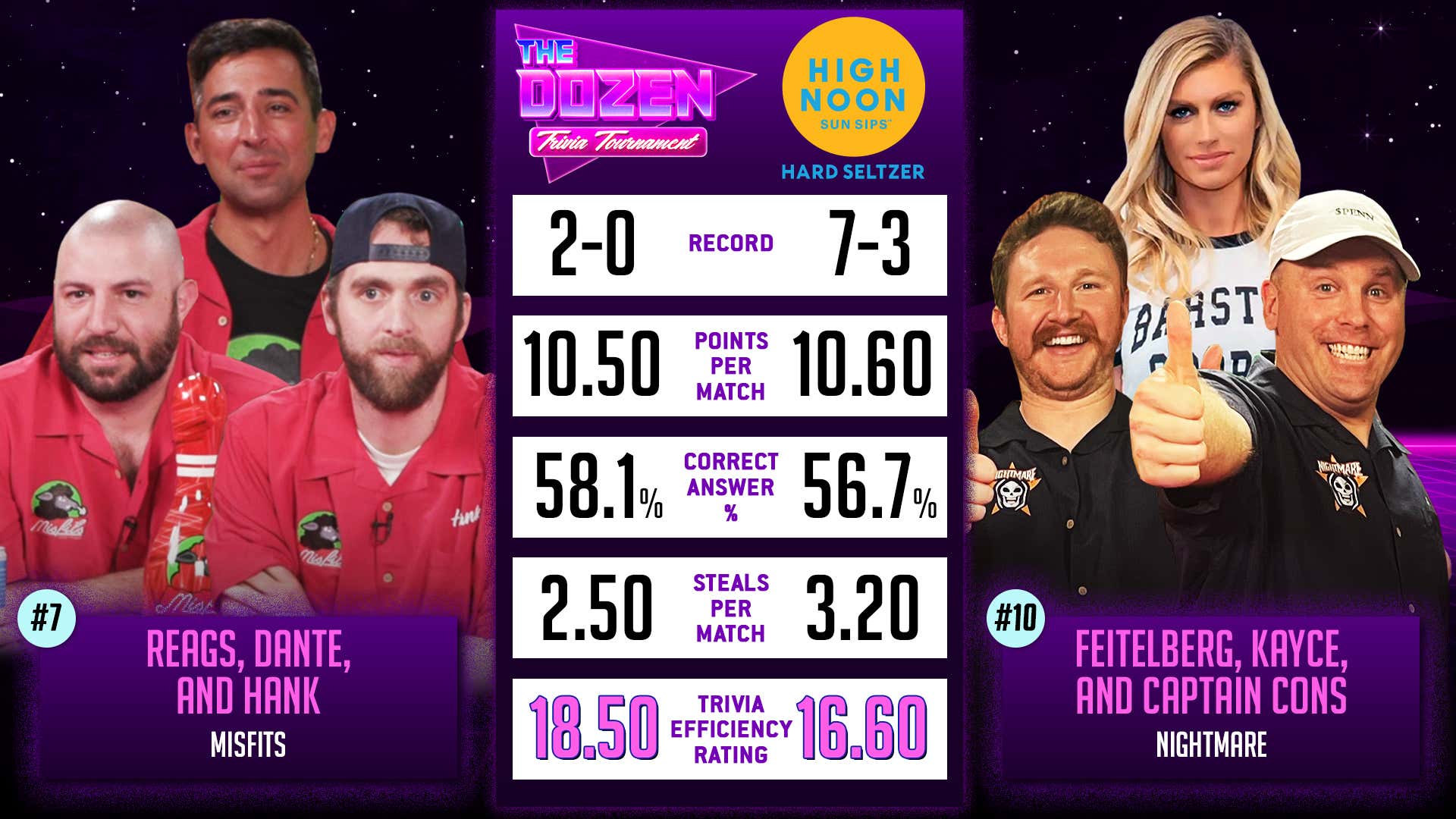 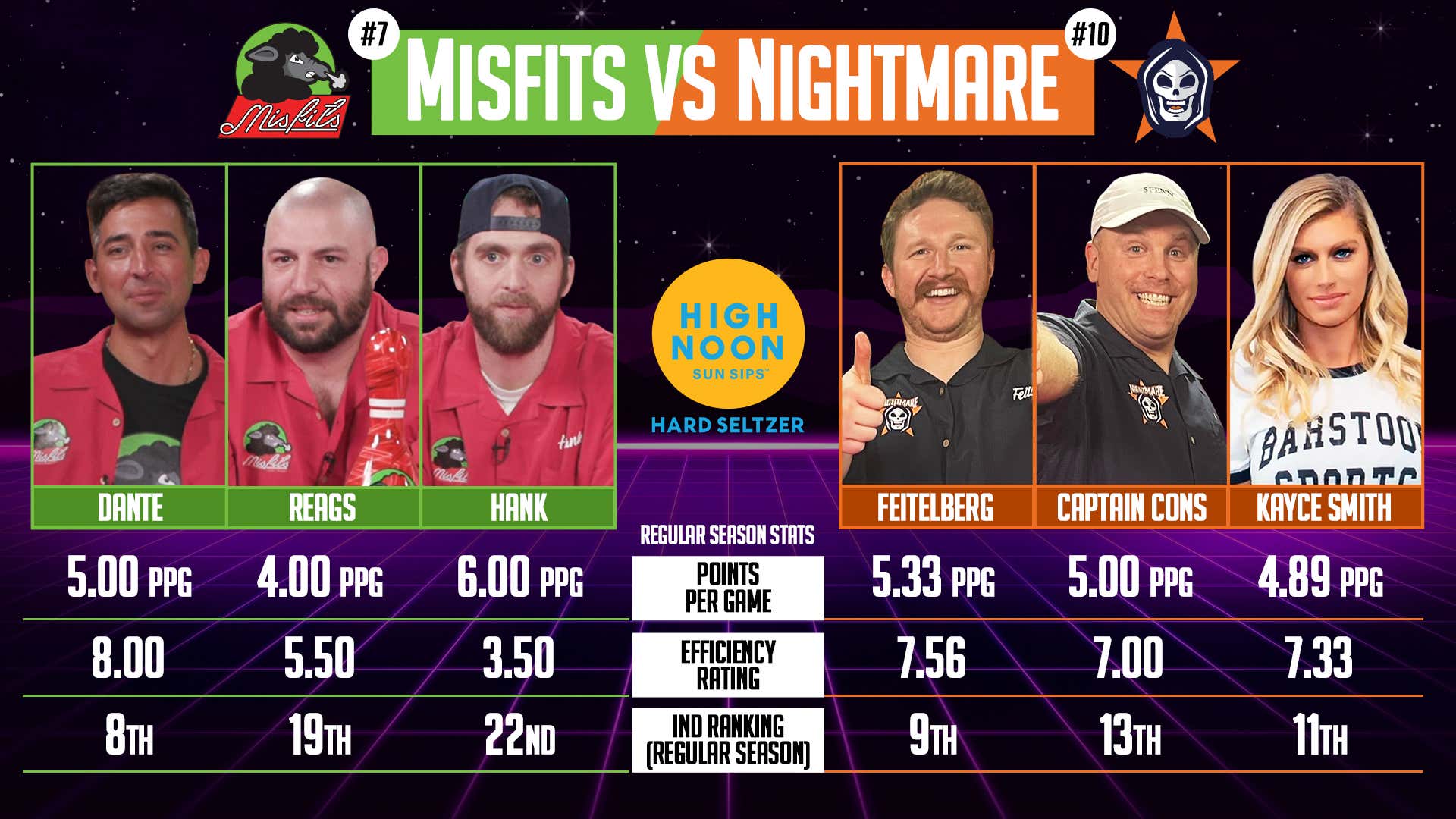 It's worth noting that 7-seed The Misfits is undefeated with a small but prominent, 2-0 record. Will Hank, filling in for former member B.W. Carlin, carry the torch for them in their third match? It remains to be seen, but Dante has noted that he thinks Hank may actually just be a mole. 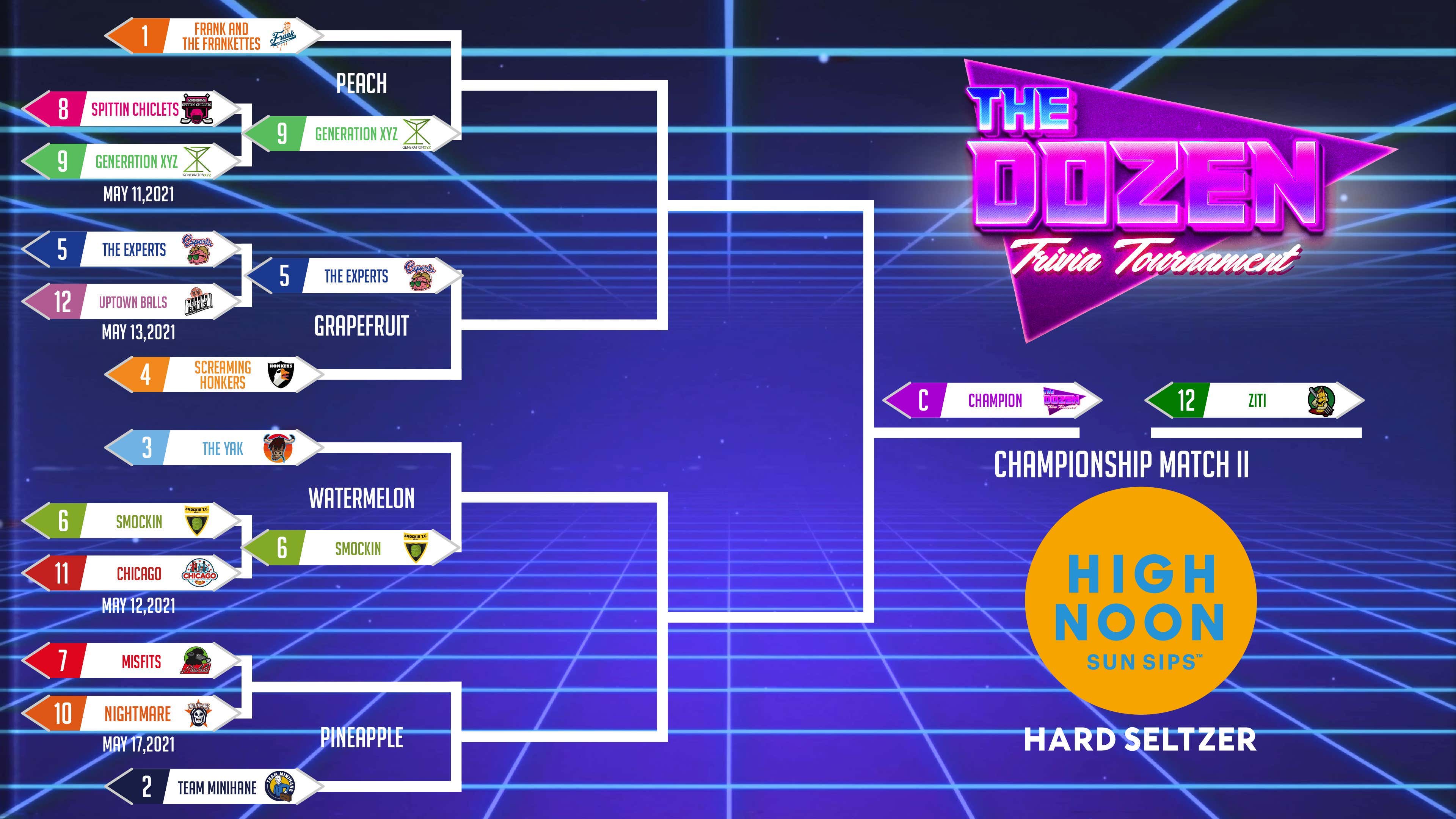 The winners take on the 2-seed Team Minihane, which will be the second Top 4 seed to debut this week, with that match set for Wednesday night. That matchup would also pit Rico Bosco and 2-seed Team Minihane up against his fierce rival Captain Cons and 10-seed Nightmare. Even after avoiding Cons in the regular season (Rico did say he would take him on in the Playoffs), everything may come full circle for a showdown in the Tournament. 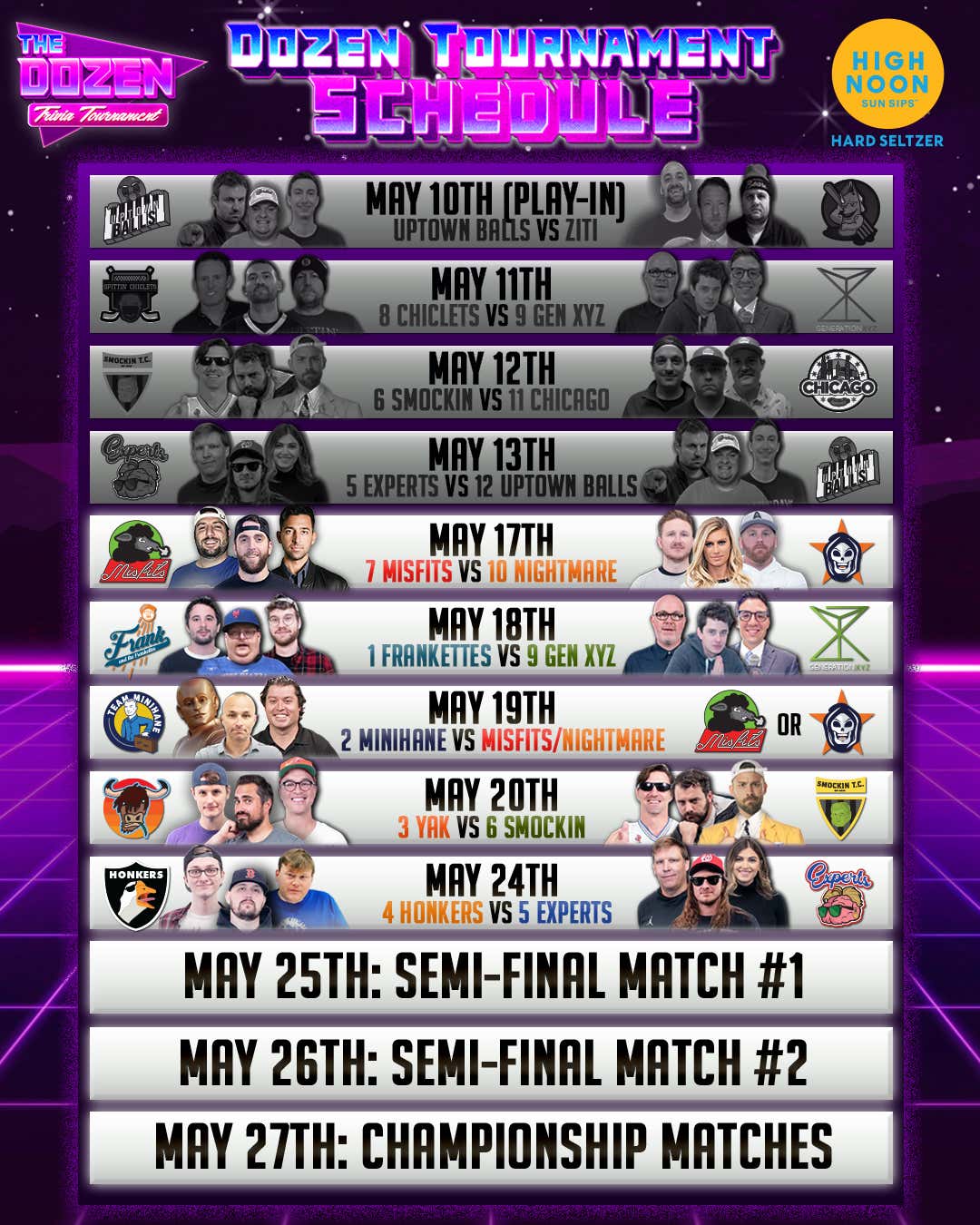