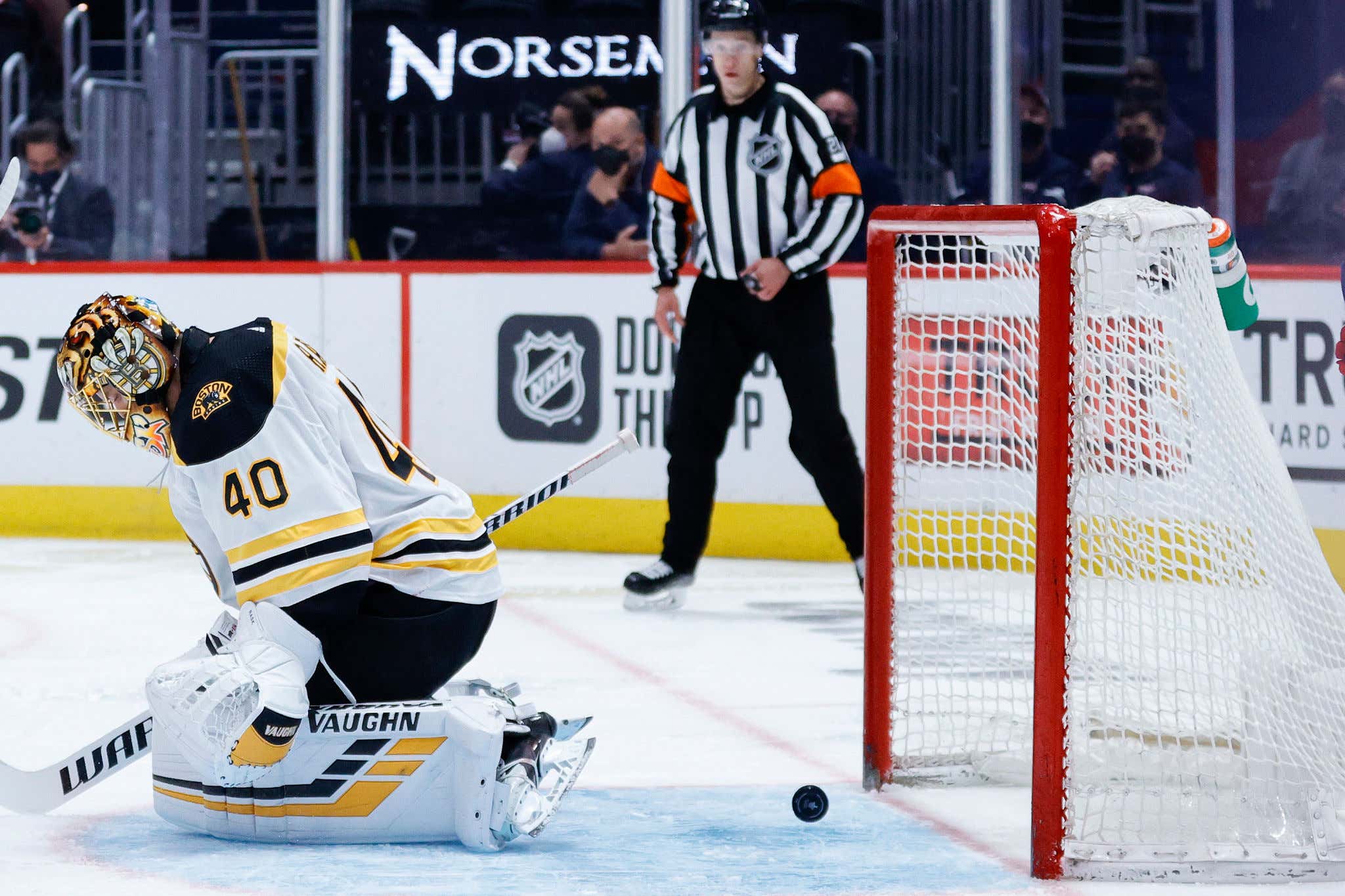 It was a gut punch for the Bruins as they dropped Game 1 in OT to the Caps. Nic Dowd redirected a shot leaked through Tuukka Rask for the GWG. The Bruins offense just wasn't there but Nick Ritchie and Jake DeBrusk gave them enough to at least have the opportunity in overtime. Cassidy called out his top guys after the game as they "didn't seem to have it" tonight. Let's get into it.

David Krejci ate a massive hit from Ovi to start the game. Capitals were banging bodies as expected.

Charlie McAvoy with a broken stick at the point and Tom Wilson buried the give and go and opened the scoring. 1-0 Caps. Just shit luck for McAvoy there.

John Carlson took a delay of game penalty with 12 to go in the 1st but B's couldn't make anything of it.

Jake DeBrusk fired one past Vitek Vanecek right off a face off win to tie the game. 1-1. Vanecek was injured from the goal and Craig Anderson replaced him in net.

Taylor Hall drew a tripping penalty late in the 3rd, but once again, B's PP just can't get any real solid chances.

Brendan Dillon gave the Caps the 2-1 with a shot from the point after a Kevan Miller icing. Went off Lauzon's stick. 2-1. Alex Ovechkin celebrated, but I don't think he got a piece of it.

Dmitry Orlov took a high sticking penalty leading to the B's 3rd PP of the game. David Pastrnak's shot deflects off Nick Ritchie and in to tie the game. B's finally break through on the man advantage. 2-2. Not picture: but great work by Craig Smith to keep the play alive for the B's.

Taylor Hall drew another tripping call and the B's headed to the PP for the fourth time early in the 3rd but the B's couldn't take advantage.

- The Bruins knew the Caps were gonna come out banging bodies and boy did they. Ovechkin blew up Krejci just minutes after puck drop. Wilson was hitting everyone in sight. Heavy game as advertised.

- Vitek Vanecek was injured on Jake DeBrusk's goal in the 1st period and 39 year old Craig Anderson replaced him. Anderson hasn't played a playoff game since 2017 but the Bruins just refused to pepper him. Didn't attack him whatsoever.

- The entire team missed the net all game long, but Cassidy pointed out his top guys not being able to generate anything. They'll take a look in the mirror tonight and bounce back on Monday. Almost felt like they were fighting it tonight. Uncanny night for Bergeron as he dominated at the dot but had 0 SOG.

- Like I said, you can rewrite your season in the playoffs. Love to see DeBrusk get on the board. Best game we've seen him play in a while, although he always seems to elevate his game in the postseason. Hope he sticks with it for the rest of the series. We'll see if Cassidy keeps him down there or finds room for him on the 3rd line. Kuraly had his legs going but 3rd line didn't look right.

- Bruins still figuring out their power play.. 4 opportunities tonight (Taylor Hall drew 2 of them), Nick Ritchie did get one that snuck through but they can definitely be better. Felt rushed at times. Credit to the Capitals.

- Caps did a great job on the rush, their transition game is as advertised. B's gotta tighten their gaps. Just wasn't good enough.

- Like I said, not much Charlie McAvoy could do there on the Wilson goal. Just shit luck. Liked the rest of his game tonight, he's gonna have to continue to step up, but he had some jump offensively and a good stick in front of his own net.

- Tuukka Rask will tell you he should've had the OT winner, but it just leaked through. Tough to blame him for tonight when the Bruins didn't threaten on the other end of the ice.

B's fought back to tie twice and had a golden opportunity to take Game 1 despite the offense struggling but failed to challenge CRAIG ANDERSON. Fucking Craig Anderson. They'll take a look at the film and regroup for Monday.

B's got punched in the mouth in Game 1, we'll see how they respond in Game 2.