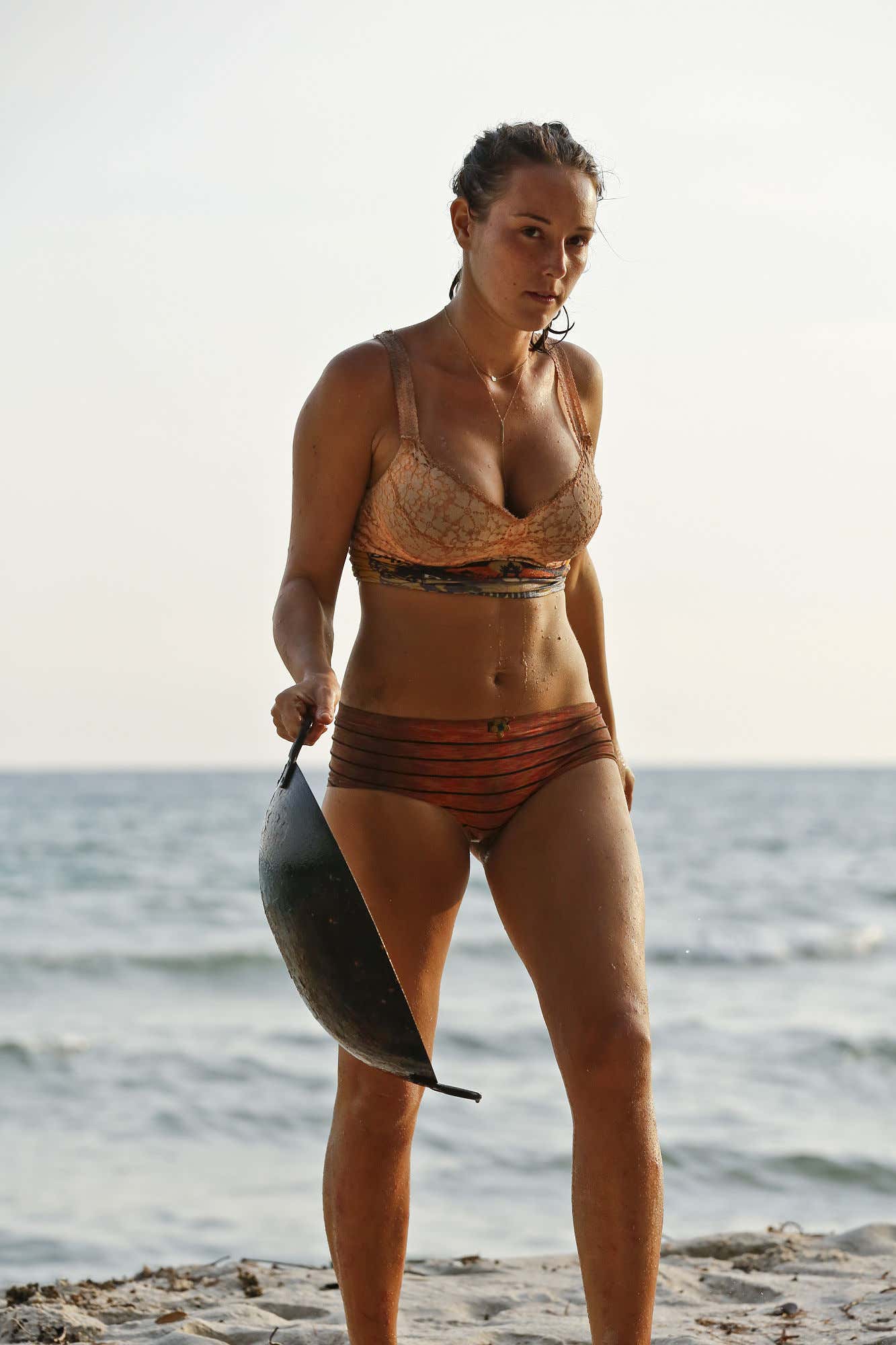 I don't know if other long time watchers of "Survivor" have this same dynamic, but now that they've done 40 season, with a couple of dozen castaways each time and topped 600 episodes, I can barely remember more than maybe 5% of the contestants. Ultimately it's a thoroughly disposable reality show. Escapist entertainment in the form of a social experiment with a mixed bag of quasi-interesting people, forgettable dullards, pretty people and some who should never wear a bathing suit in public.

So I can forgive myself for not remembering Anna Khait, who was on Season 32, which was themed "Brains vs. Brawn vs. Beauty." And for forgetting which team she was on, because as a professional poker player who looks unquestionably good in beachwear: 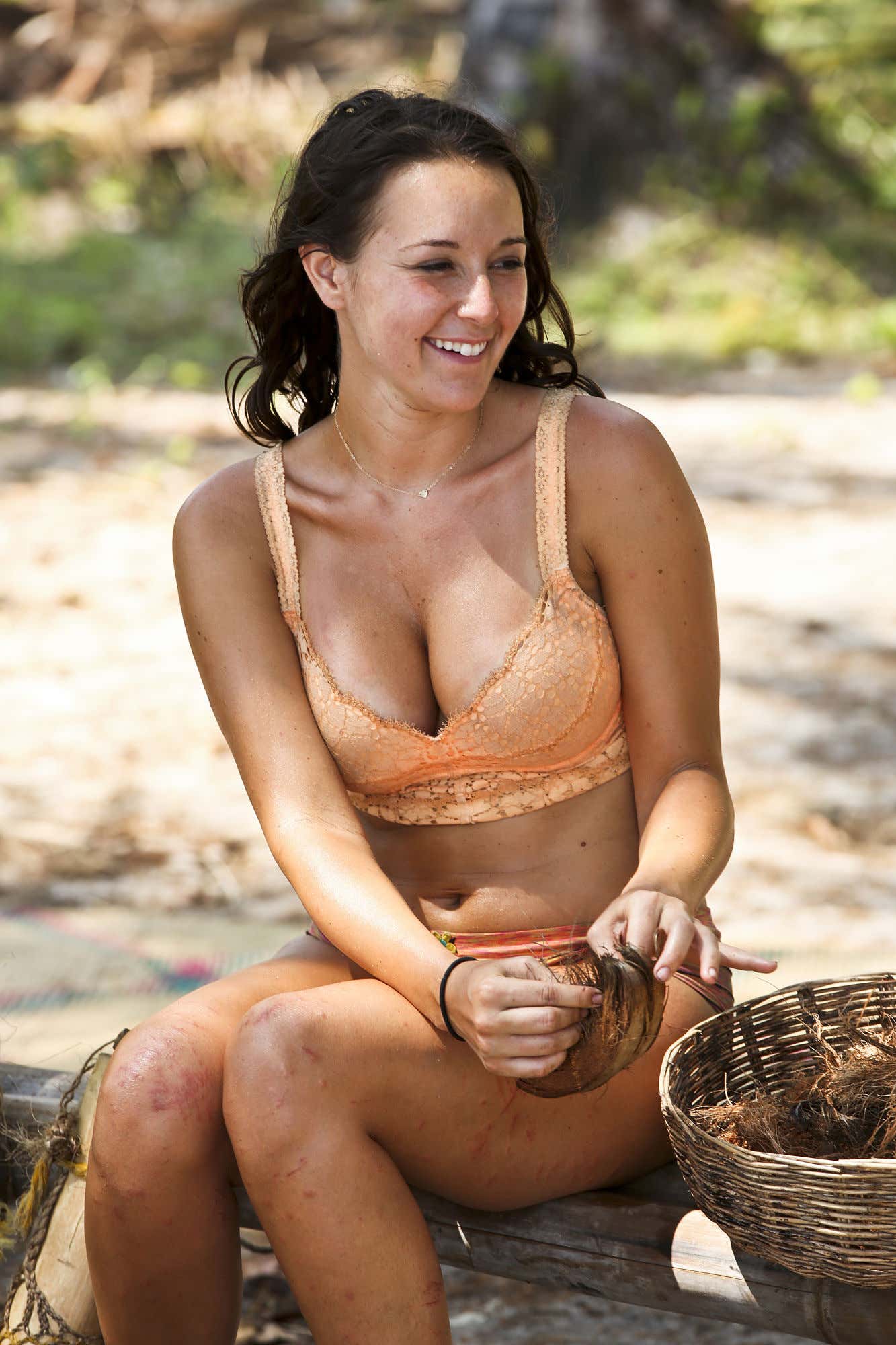 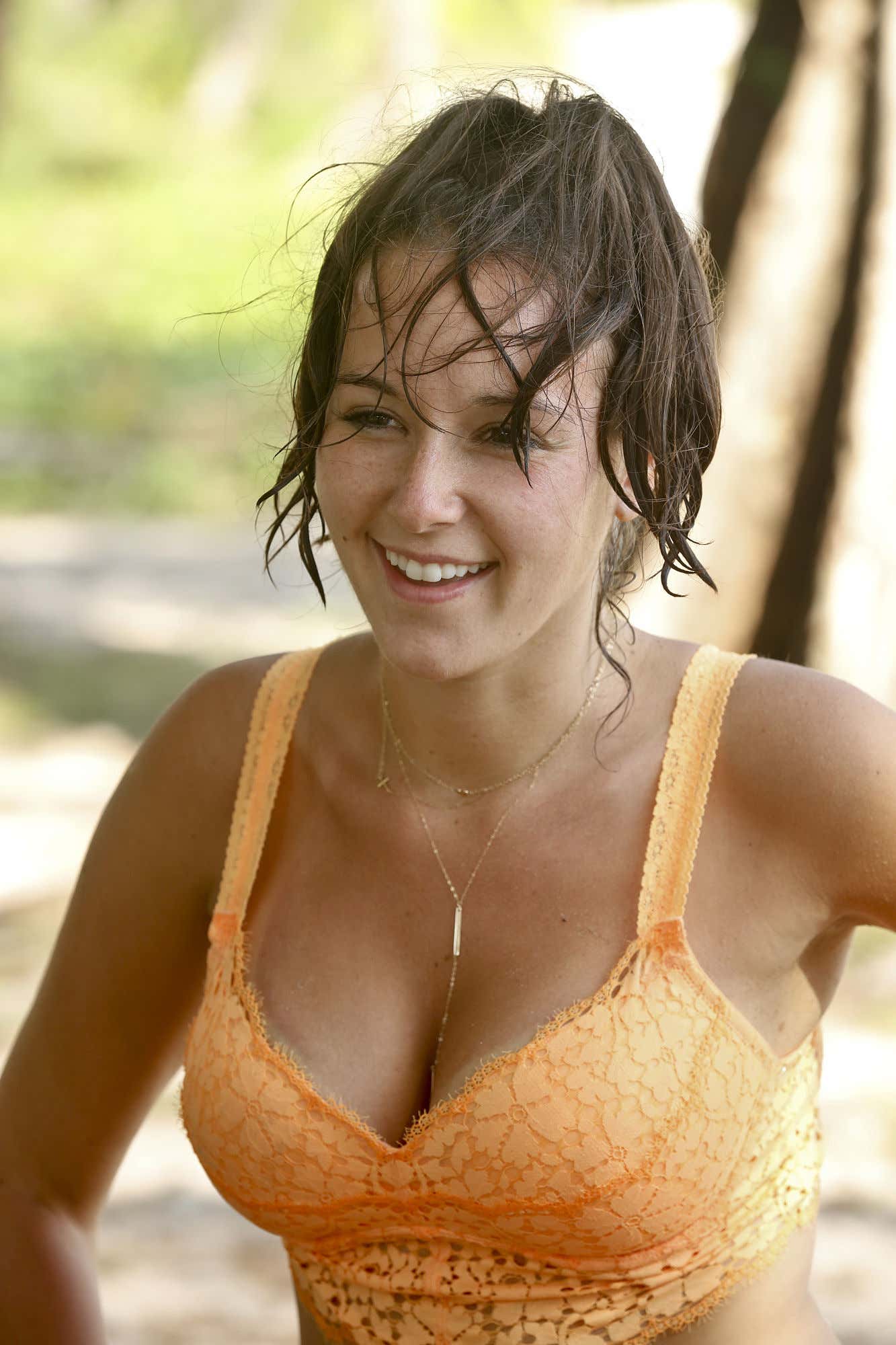 … she could've made a couple of those rosters.

But if  this report in the Daily Mail is acccurate, no "Survivor" fan will likely forget her again:

Donald Trump's allies were so intent on rooting out a 'deep state' working against him that they employed a British spy to recruit women as 'honeytraps', intent on ferreting out critics of the then-president while on dates at DC restaurants.

The spying scheme was orchestrated in part by Project Veritas, according to The New York Times. It targeted members of the FBI, the State Department and even Trump's national security adviser,  H.R. McMaster. It's unclear if Trump knew about it when it was going on in 2017 .

Various women were recruited for it, including Texas journalist Tarah Price and former Survivor contestant Anna Khait, who was among Trump supporters at the Capitol on January 6.

Their job was to go to dinner with government officials and agents in DC and try to record them disparaging Trump. They'd then report back to Project Veritas. Richard Seddon, a former MI6 agent, hired glamorous women to seduce high profile targets.

The Times reports that Price was paid $10,000 to try to seduce McMaster - often seen as more loyal to the country than he was to Trump.

Khait was tasked with seducing State Department employees into admitting, on fake dates, filmed undercover, that they disliked Trump and wanted to thwart him.

Khait has admitted taking part in the project but says she 'never kissed anyone'.

You've met Khait, now please allow me to introduce you to Tarah Price:

So she was in good company.

Regardless of where you stand on a presidential administration hiring very pretty women to help them root out disloyal people in their ranks, you've got to give Anna credit. She is very publicly standing her ground:

For that matter, regardless of where you stand along the political spectrum, you have to respect the cleverness of the ploy here. They say Washington is Hollywood for ugly people. And as such, scams like this must go on all the time. You give a bunch of PolySci majors and Social Studies nerds a fat government job that is slightly adjacent to actual power, and there's no way you can expect them to resist this kind of attention. Anyone who believes people get into politics for some reason other than the things that have made people gravitate toward power since the dawn of time - greed, sex, money, influence, etc - sounds like a child. Both parties. Left, right and center. Low level operatives or the people massive running bureaucracies. They're all looking to get laid. So it would be an absolute miracle if this honeytrap scam didn't root out all sorts of Trump's people who were working against him.

Anyway, it seems as though the online poker world was onto Anna's game a long time before this:

To be clear, this isn't an endorsement of the POTUS in question or his operatives' methods. But damn, you have to respect the lengths they were willing to go to find the moles among them. And as someone who considers myself Correctly Apolitical, I find it a hell of a lot more interesting than all that boring, high-sounding rhetoric about "Doing what's best for the American people" and "Fighting for working families."

And just as an aside, if these honeytrappers want to know all the dirt there is to be dug up on Barstool, they can have Anna Khait set up a date via jerry@barstoolsports.com. I'm ready to spill my guts.