[PFT] - Tony Romo again attempted to qualify for the U.S. Open, competing in a local qualifier in Gunter, Texas. Eight players qualified for the sectional out of a field of 132 at The Bridges Golf Club.

Romo shot a 3-over 75, coming up two strokes short of qualifying for the playoff for the final spot that advanced to the sectional.

Do I care that Tony Romo can smoke my ass on the golf course? Nope. That's not going to stop me from getting a joke off because once a Cowboy always a Cowboy and I'll always hate Cowboy Tony Romo. I don't care how entertaining and good he is as an analyst. I don't care how much I love when he gives the audience an 'I don't know Jiiiiimmm.' But this is my lasting image of Romo as a Giants fan:

The man only made the playoffs 4 times and won just two games. If we're going to rank quarterbacks based on playoff success, well, him failing to make the US Open playoff makes a ton of sense. I do love that he goes out and plays in these events, mostly because it pisses off 'traditional' golf folks. I like to see weird things happen as much as I love to see Cowboys - current and former - players choke.

Maybe this is a hint of jealousy. I'd kill to shoot 75. Hell, I'd kill to be a 10 handicap. We're working on it. I've blogged about how I reached the point of playing this game for 25 years where it's a complete plateau, realized I'm not getting better and started lessons again. Gotta fix this chipping disaster of mine. So here's hoping Romo goes out again next year and tries to qualify only to lose in the playoff again.

Fuck the Cowboys forever. Never forget when Eli did this:

Or when Eli did this (twice): 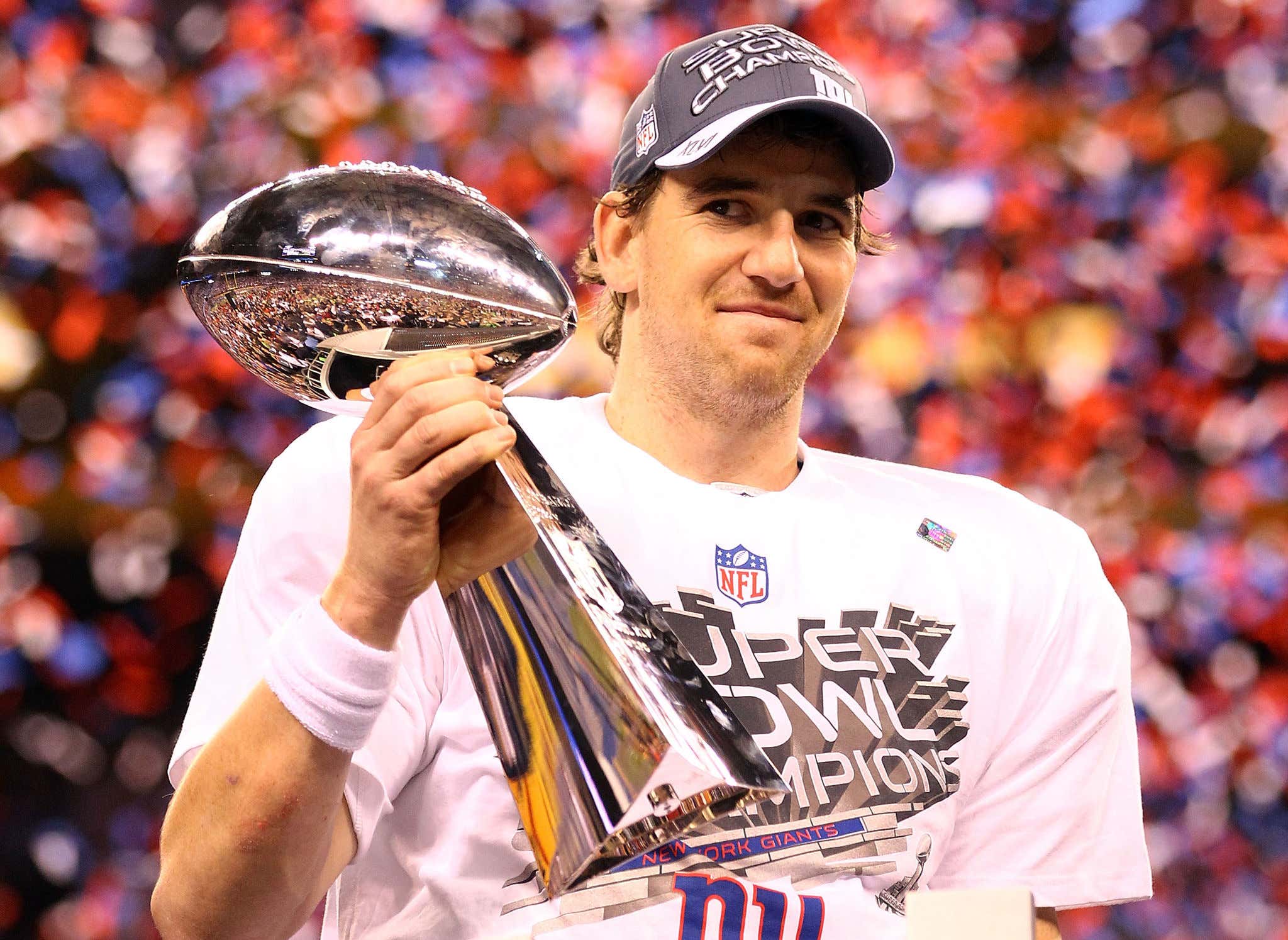