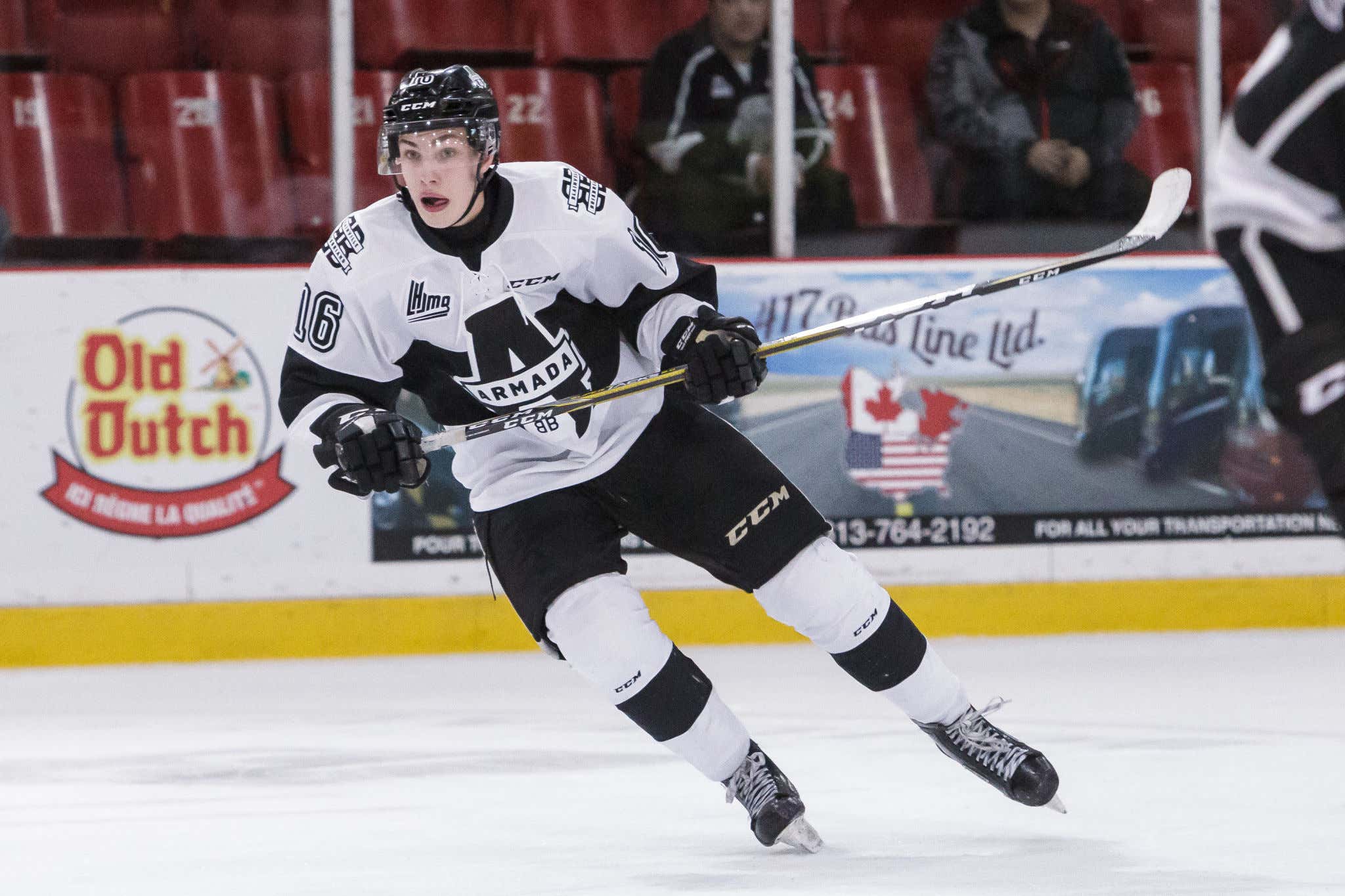 Well congratulations to Luke Henman who now becomes an NHL trivia question for the rest of eternity. No idea if he'll ever lace up in a game for the Kraken, but he'll always be the first player in franchise history.

Do you guys remember the first player the Golden Knights ever signed? Maybe not. It was Reid Duke. And he's been…well…I mean he's at least stayed in the AHL so far since signing with Vegas. It doesn't look like he'll be getting called up to Vegas anytime soon with the numbers he's putting up, but I also doubt he figured the Golden Knights would be such a wagon right off the bat. And as far as Luke Henman goes, he seems to be a stud in the QMJHL. He's put up over a point per game in each of the past 2 seasons.

Plus he's a kid from Nova Scotia. So maybe he'll get invited to train with Crosby, MacKinnon and Marchand over the summer. Spend a few weeks on the ice with those guys and he'll be ready for a full 82 in the NHL in no time.

I think the biggest thing for Henman right now is that he has his pick of any sweater number he wants. This is an opportunity that very few players throughout NHL history have had before. I'm sure that Ron Francis has his eyes on a few guys already in the Expansion Draft and probably has a small set of numbers that will be set aside for those guys. But as of right now, everything besides 99 is on the table.

The cliche answer here would be 69. But he doesn't really seem like the type of kid to pull that off. Personally I'd see if the NHL would lighten up the rules a little and rock double zeroes. The kid was born in 2000 so you could say he's just wearing his birth year like so many other players have done in the past. But 00 is such a power move. It's stealthy but in-your-face at the same time. Either way, you have to make a splash with that number choice because at least for the next few weeks, that'll be the only Kraken sweater flying off the shelves. Quite possibly the most important decision he'll make in his life.