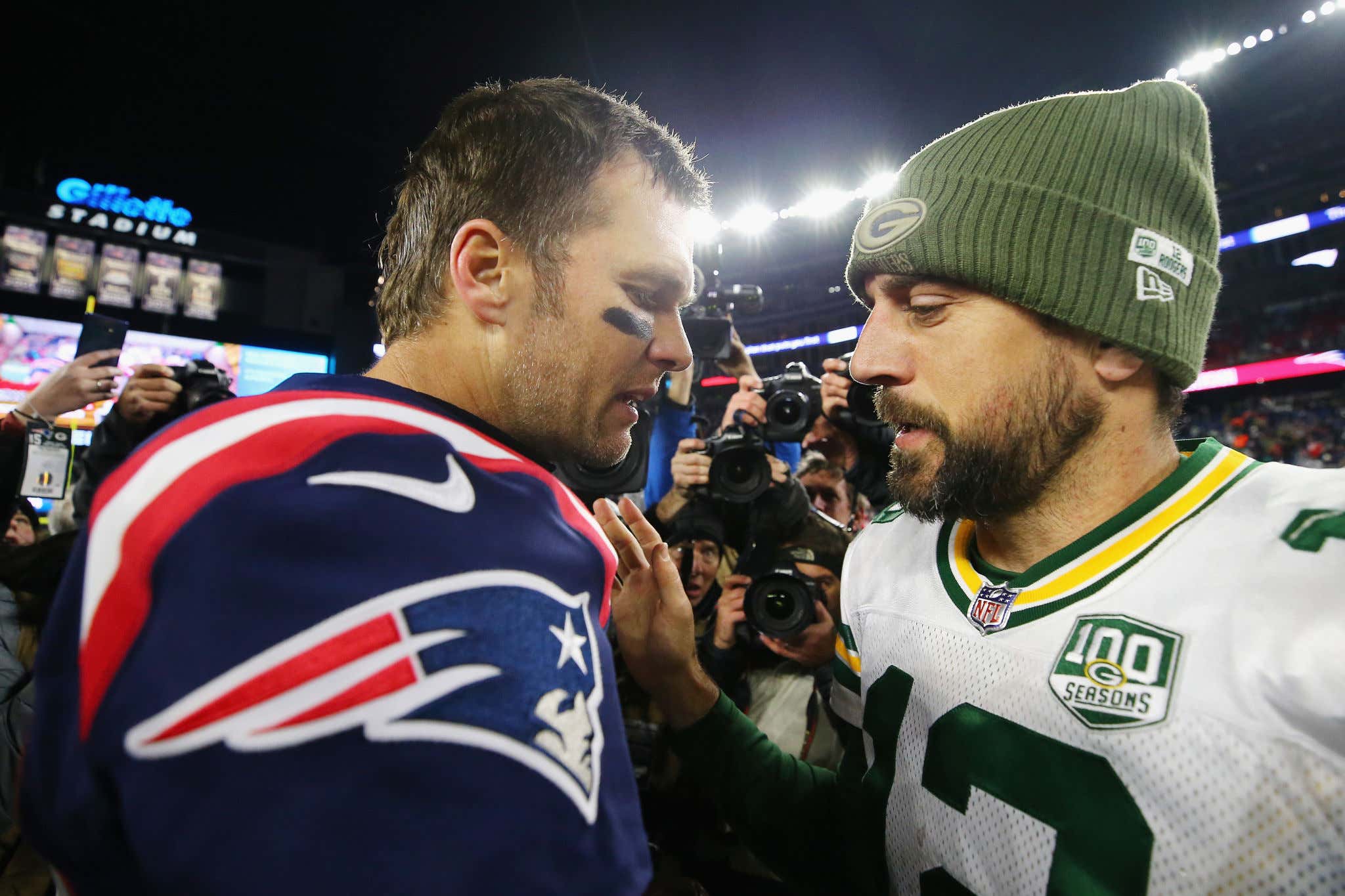 If you have even a tiny droplet of the milk of human kindness in your soul, you have to feel for Aaron Rodgers in 2021.

This was going to be his year, starting in January. It was all set up for him. He had his first ever home conference championship game. His team was a 3-point favorite. All they had to do was [choose a cliche] take care of business, defend their house, not let anybody come into their home and push them around, and so on,, and he'd be back in the Super Bowl for the first time in almost a decade. And yet a team from a warm weather city, playing their third road game in three weeks, went into the frozen north and kicked Rodgers' Packers' dongs into the permafrost.

Even in spite of the fact that Tom Brady threw interceptions to his one, any chance Rodgers had to argue he, in fact, is the one true GOAT was gone forever. Never to return. In his 13 seasons as a starter, Rodgers has as many NFC championships (one) as Brady. And it's reasonable to assume Brady will have another before Rodgers does.

And so the two are inextricably linked by that game, but not in a good way for ARod. They're another example of that trope where one guy seems to do everything right and the other does everything wrong. It's existed since Cain and Abel, the parable of The Prodigal Son, Tyrion and Jaime Lannister, Goofus and Gallant and now the two No. 12s. Sad.

Though for Rodgers loyalists, there is hope. Even at the age of 37, he had figured out that it is never too late to learn from your elders. Skip to the 4:00 mark or so of this to hear Albert Breer explain it to Rich Eisen:

"We talked about how he fell in the draft, and he said that doesn't really motivate him anymore. It's like, it's hard when you've had the kind of success he's had, for that to motivate you any more. So his new motivation, he says is, "I'm gonna see how long I can keep playing at this level. He actually bought Tom Brady’s book, The TB12 Method, and adopted some of the principles there."

Unbelievable. I think we all assumed that loss would break Rodgers to some extent. But I guess we underestimated the extent to which it did. It must have shaken him to the core. I mean, it cannot be easy to win as many games and awards as Rodgers, enjoyed all the years of fawning coverage all these years, and then scrap what you're doing and reinvent yourself. Particularly by adopting your chief rival's methods.

That said, it's the smart move. It takes a big man with a bold vision to be willing to admit he can't succeed against this competition without becoming more like this competition. He's a like a smart general who studies his enemy's battlefield tactics and turns the table against him.

In no way to I think it'll be enough. The NFC belongs to Tom Brady until Tom Brady decides he's not interested in it any more. And since Jason Licht thinks he'll play another seven years or so, the only hope for the rest of the conference is to try and wait him out. Which it sounds to me is Aaron Rodgers plan. Brady, you magnificent bastard, he read your book.