Brett Favre still owes the state of Mississippi $600,000, and he doesn't seem to be in a hurry to repay that debt.

About a year ago, it was revealed that Favre, a Mississippi legend like me, was linked to a report alleging up to $94 million in questionable spending of welfare money in our great state. Favre was reportedly paid $1.1 million for a pair of speaking engagements that he never engaged in, which seems wrong to me.

The audit says Favre was paid twice, once for $500K and again for $600K to speak at events where he never appeared. It should be noted that the state doesn't believe Favre knew what the money was for and he's never been charged with anything improper in this case.

There are other interesting turns in the investigation, as apparently the Department of Welfare was giving money out for cars, giving money to family and apparently handing Hall of Fame quarterbacks over $1 million in free money. Favre wasn't the only one linked, either, as five people were charged a few months ago, including the director of Mississippi DHS and Brett DiBiase, youngest son of The Million Dollar Man.

Once the word got out, Favre quickly apologized: 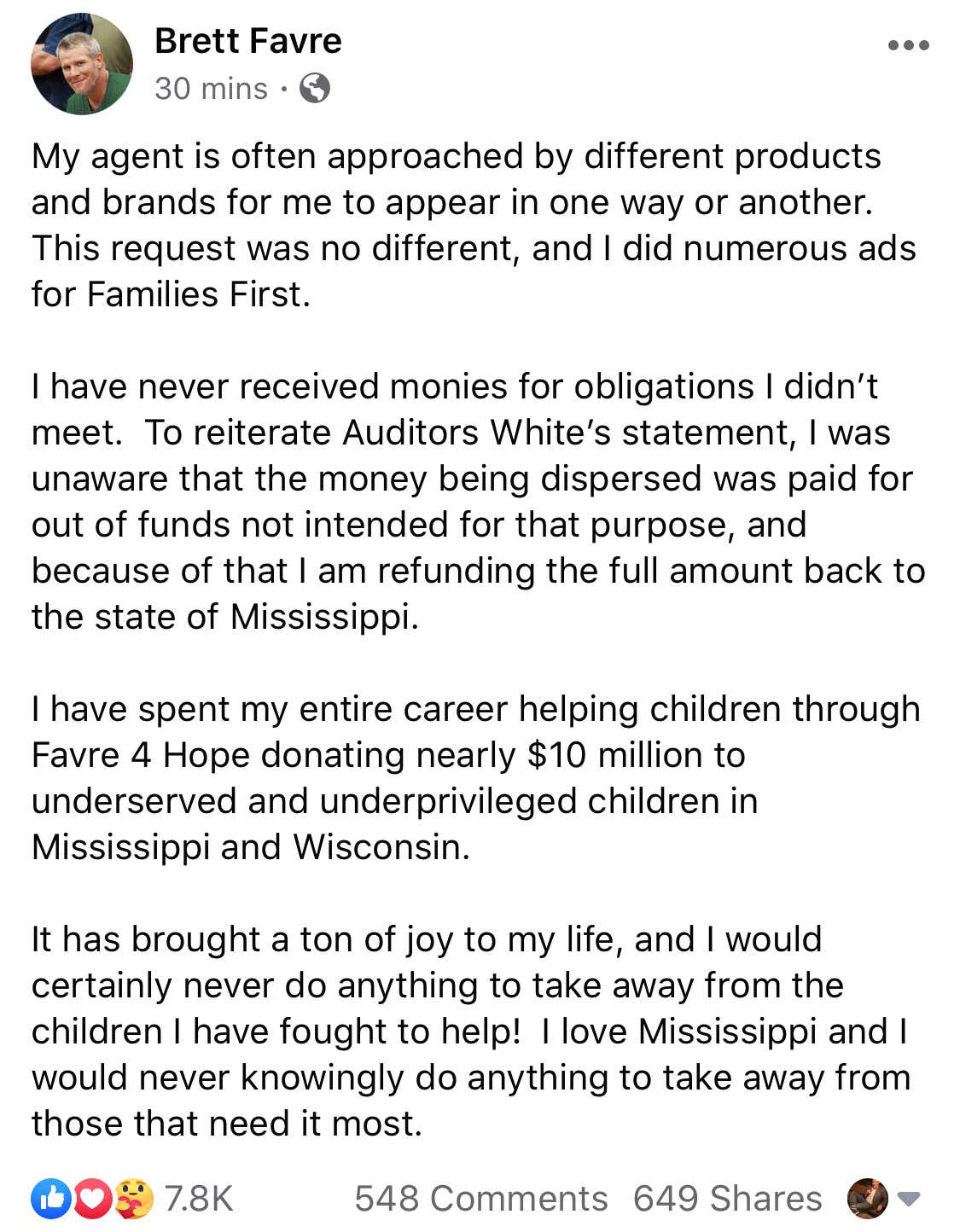 But now, more than a year later, Favre still hasn't paid the money back. He paid $500K initially but as of today, the state of Mississippi hasn't gotten its payment. Like me, Favre has taken thousands from the Mississippi Welfare system and like me, he apparently has nothing to show for it.

"After the initial media dustup, he stroked a check for $500 grand and gave a commitment, a voluntary commitment, to repay the rest in the coming months," a spokesman for the Mississippi Auditor's Office told the Associated Press. "And then, that didn't happen."

In fairness, the state auditor's office says that of all the people linked to this scandal, Favre is the only one who's paid any of it back. So there's that.

Favre's little piece of the pie was part of $94 million earmarked for Temporary Assistance for Needy Families, and instead somebody fucked up the whole thing. And no, my family has never gotten anything from TANF. We live in New Jersey.

If we keep this shit up, Mississippi is going to start to get a bad reputation.