My dad was a strapping stud. He stood about 6’4 at 255lbs. He was a former boxer, a basketball player from San Tusai, Puerto Rico. He made his way to New York City at the age of thirteen. I can remember growing up in awe of my father. He spoke Spanish and English. It would throw a lot of people off because of his dark skin and chiseled frame, he reminded you of Marvin Hagler but taller.  He wasn’t your slick black hair and fast-talking New York Puerto Rican, like Benny Bronco from the Bronx. But with a quick flip of the tongue, he can let you know what time it is in Spanish or English real quick. He didn't fuck around.  He walked like a ballplayer with a tough guy demeanor. He wasn't much of a conversationalist, but if he knew you, he never hesitated to say hello. If you're familiar with the housing projects in New York City, each building usually has three or four park benches right in front of the building. Mostly your neighborhood gossip queens or dope heads would congregate there. My pops would often pick my brother and me up from school, grab a slice of pizza and a tropical fantasy - that was our after-school snack of choice.  My pops never cared for any junk food. He ate clean for the most part. He always cared about how he looked, getting fat wasn't his groove,  his clothes were always clean and pressed, head freshly shaven, and never walked with his head down. Shoulders back, jewelry shining. I will put my hand on the Bible, I never saw my dad tuck his gold chains, not once. My friends would tease me because my dad wore a lot of jewelry.  It never bothered me, that was his style.  Women from my neighborhood would whistle and stare. Pops had it and those old birds loved to see him walk. 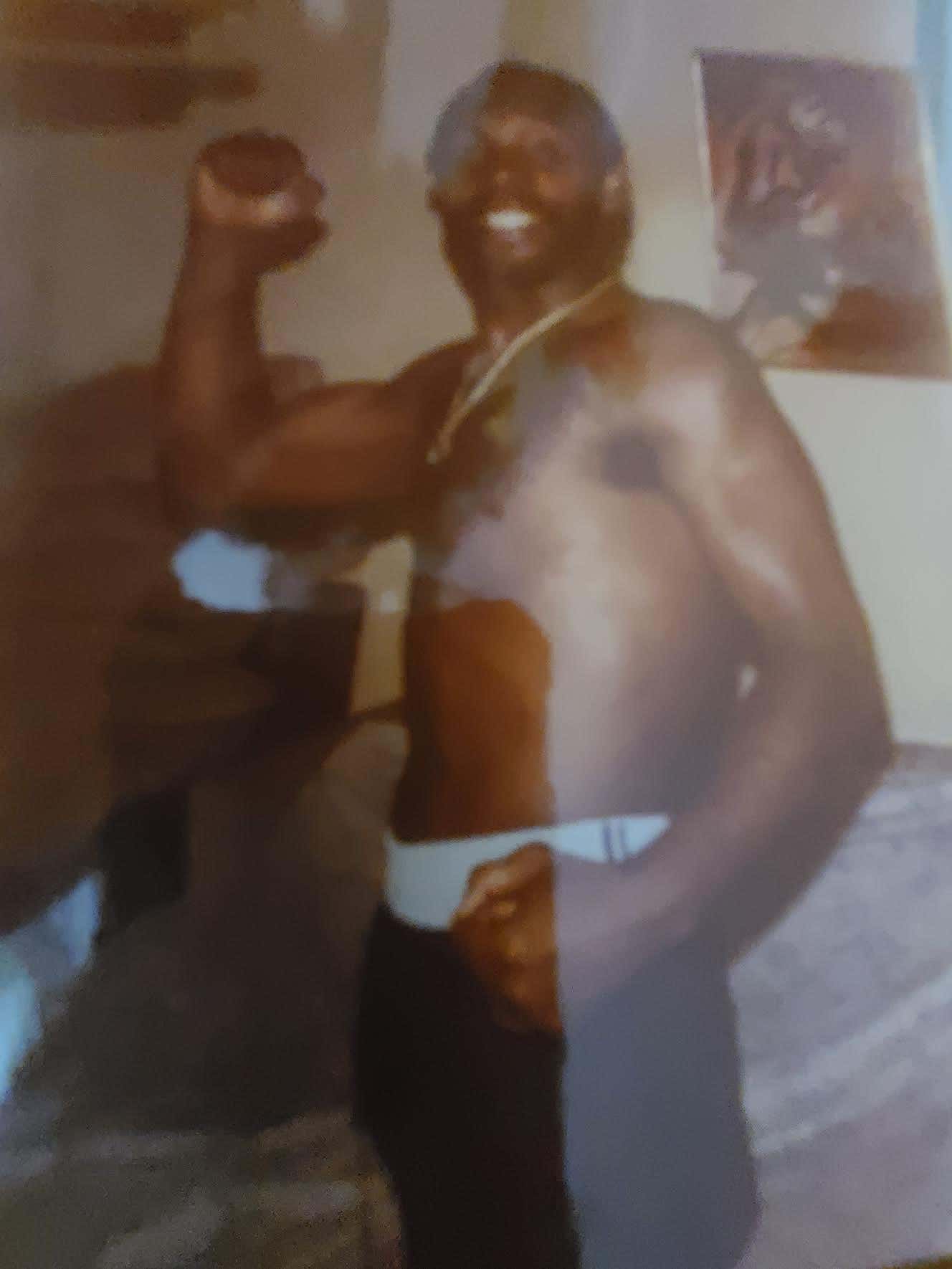 So what do you do when you feel like you’re losing your "it’’ factor? Recently, I realized I might be slipping, or at least my wife thinks so.  I’ve always been that young bull in the ring. I never doubted my athletic ability or my uncanny strength. Chewing up the cartilage in my ribs swinging a golf club was a “Oh no! It’s happening" moment for me. I'm getting old!  I was thinking I don’t trip and fall a lot out of fear I might pull or hurt something. I like to think I'm nimble or at least quick enough to avoid an accident.  But that hasn’t been the case. I almost ate carpet while holding my son trying to step over his toys!  Two weeks ago while cleaning my room, I casually leaned over and fell while holding onto a dresser drawer. And of course, both incidents happened in front of my wife!!

The gray hairs are running wild through my dreads. I have a newfound love for tuna melts. I purchased stool softeners from CVS the other day (oooofff). I had an hour conversation about a 529 college savings plan with my chiropractor. Holy shit!! It’s Happening!  But how?? It’s in my DNA, I should be on the cover of Ebony magazine.  I’m too young to lose my fastball. If dad could make cougars purr in his 40’s, then at the ripe age of 38, I know I should make middle age suburban housewives say, "I’ll hit that with a paddle!”.  RIGHT??!

It’s happening. Father time is undefeated.  I've been quietly cranky these last couple of days. Not just because my cracked ribs are keeping me up at night, it’s because I can’t stop it. Time waits for no man. Now, this blog may come off as a bit of a downer. But I have come to understand, feeling young is a state of mind, getting old is going to happen. What you eat and your lifestyle all matter. One of the best TV Dads of all time Al Bundy had it right.  No matter how many times life has kicked him in the ass, he would stand up and say Let’s Rock.

Fuck you, Father time! I ain’t going out like that!