Source - Bill and Melinda Gates may be splitting, but their kids aren’t likely to get hurt by the divorce — financially at least.

That’s because the billionaire couple has long pledged to give away most of their fortune now valued at $130 billion.

Among the multiple times Gates has promised not to share the bulk of his wealth with his three kids, Jennifer, 25, Rory, 21, and Phoebe, 18, were a 2014 Ted Talk and a 2011 interview with The Daily Mail, when he said they’d each get “minuscule portion” of his wealth, Fox Business reported.

“I definitely think leaving kids massive amounts of money is not a favor to them,” Gates said in response to a Reddit user asking him if reports he would leave his kids “only” $10 million were true.

He cited a story that included Warren Buffett talking about limiting inheritances from 1986, before the billionaires met. “It made me think about it and decide he was right. Some people disagree with this but Melinda and I feel good about it,” Gates said.

I know my title may have sounded sarcastic, but I promise you it wasn't - I genuinely feel bad for these kids. Sure they have limitless money now, but imagine living your entire life that way then finding out your dad, who just so happens to be the richest man in the world, is only leaving you ten million dollars. And why? Because of a conversation he had with Warren Buffet in 1986?!? What a fucking nightmare. Here are the kids who are getting screwed over. 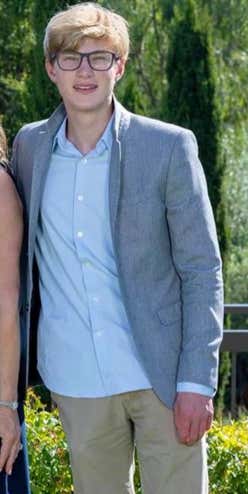 If I were any of them I'd beg for a reconciliation. That or go on a massive spending spree while I still can. I'm talking jets, cars, houses, vacations you name it. That said, Bill and Melinda have been planning on giving their wealth away for a while so I'm sure it's not coming as a surprise. Oh well. Keep these kids in your prayers over the next couple of months, they're the real victims here. Now I'm going to end this blog the same way I do every time I write about BiIl Gates. Enjoy…