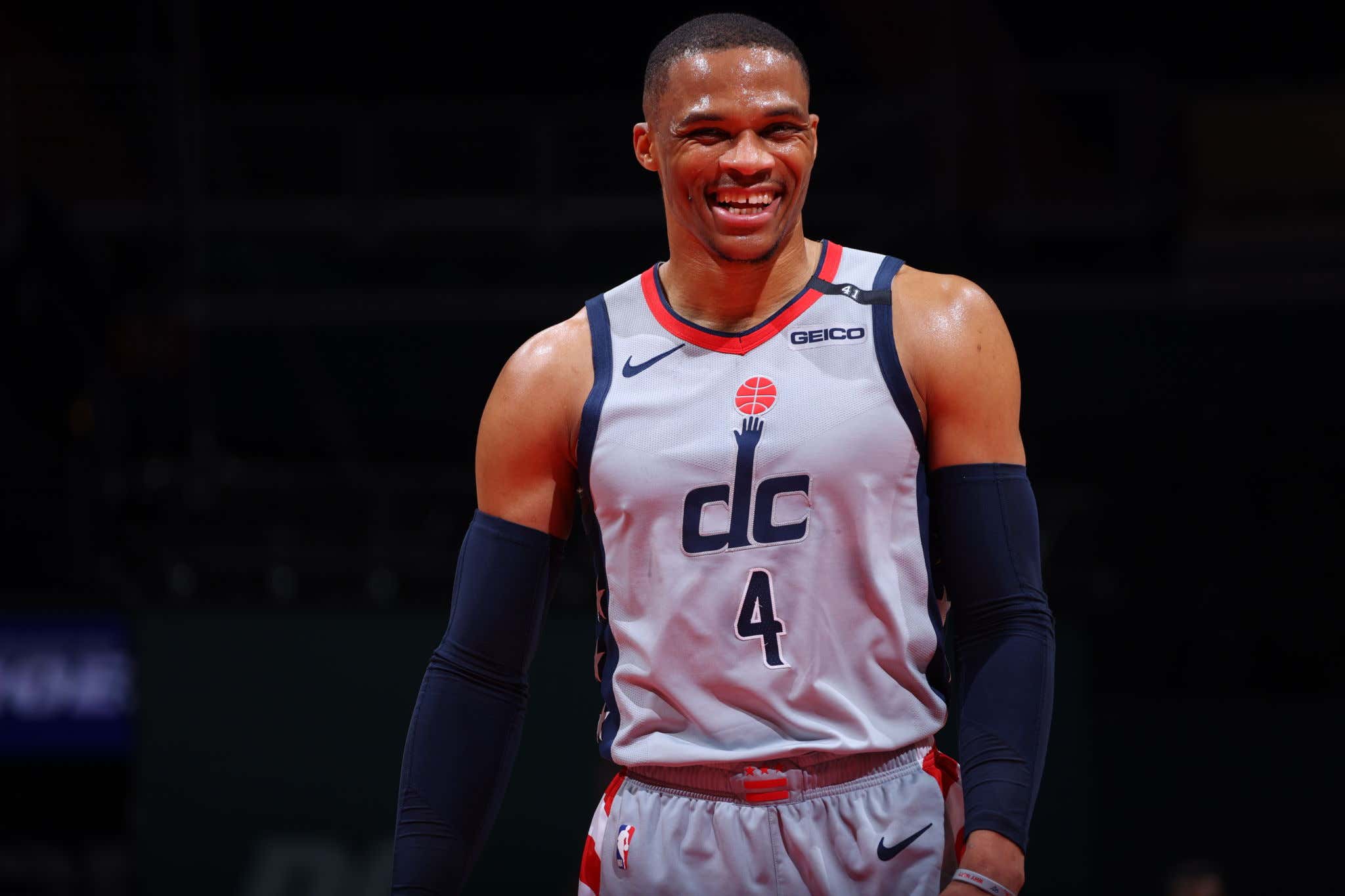 Very cool bit of NBA history last night with Russell Westbrook officially passing Oscar Robertson for the most triple doubles in league history. The Big Os record of 181 career triple doubles stood for 47 years and looked like a record that might never be broken. You see, before Russell Westbrook decided to make triple doubles seem normal and like something everyone does, they were pretty rare. That 181 number was 43 more than #2 on the list (Magic) and 74 more than #3 (Jason Kidd). It was such an outrageous number that even the best players in the league thought it would never be broken

For some reason, the internet has decided that triple doubles aren't cool or that they are no longer a big deal. OK, so then why doesn't everyone get them every single night like Russ does? What is this obsession with trying to downplay something like this? Is it because it was done by Russell Westbrook? I'll never understand it. When you break a record that stood for 47 YEARS and was something that the greatest players to ever play were adamant would never be broken, that's pretty fucking cool and a very big deal. I now wonder how high this is going to go. You can bank on it breaking 200 with ease, I mean Westbrook isn't slowing down any time soon, and it wouldn't shock me if we went another 47 years before anyone ever touches his new record, if ever.

Let's just put this in perspective a little bit. Of the other active players, LeBron is the next closest. He has 99. Then there's Harden who has the 3rd most among active players. He has 58. Jokic 56. You see how insane this is?

To the whole "he needs to win more" crowd, well, for his career Westbrook is 136-46 when he has a triple double. That seems pretty good. I also don't really get this criticism when it comes to Westbrook. The same people who say shit like this and bring up his lack of RINNNGZZZZ and postseason success in one breath as a slight will then praise Chris Paul in another. Why isn't Paul held to the same standard? When he passed Magic this year for 5th all time in assists, nobody said "bIg DeAl! wHeRe Is HiS rInG????". So why should that be the narrative that surrounds Westbrook instead of appreciating what we are seeing? There's a strong chance we won't see this record broken in many of our lifetimes!

In an era where we see guys mail it in on a frequent basis, Westbrook would rather die than not play at 100%. This dude plays hard as hell every single time he steps foot on the floor. Always has, always will. I respect that about him. Doesn't matter what the team situation is, you never have to wonder about his compete level. That's refreshing.

I said it a few weeks ago, but please appreciate what Russell Westbrook is doing. Don't be a hardo for like two seconds and recognize we're seeing something that we'll most likely never see again. I know that's hard to do in today's sports climate at times, but it's OK to allow yourself to appreciate history. You don't have to hate just to hate or be a troll.

Russell Westbrook is a 1 of 1 player and he now sits atop his triple double throne, probably for the rest of time.