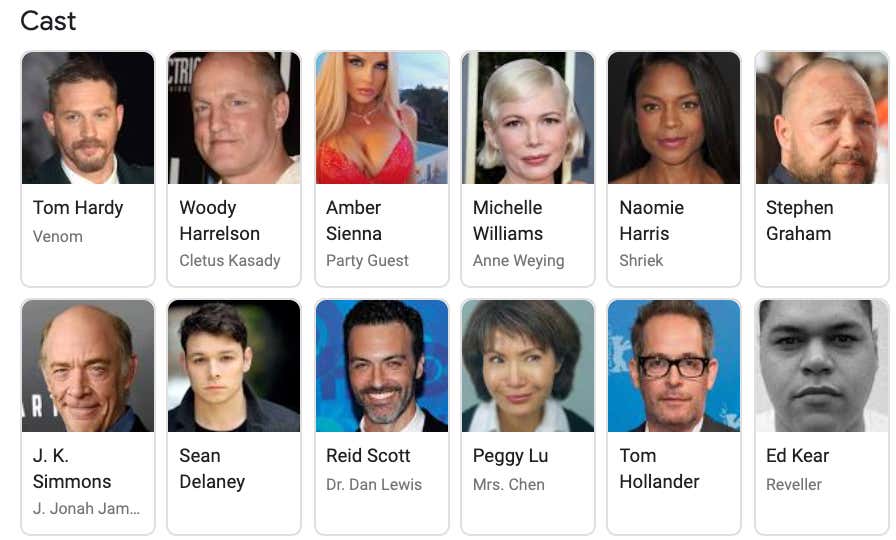 I wish I had a plot summary for you, but all we. really know for now is that we're going to have Venom going toe-to-toe with Carnage and his gf Shriek in this one

Venom was a movie that definitly exceeded my expectations a bit. I adore Tom Hardy, but it just seemed like a movie doomed to fail (especially after they had that GARBAGE eminem shit put out as their featured song). However, it definitly surprised me and got me more intrigued in the storyline and where they can take it.

In this trailer, we get a setup look at our new big bad, Carnage aka serial killer Cletus Kasady. In the comics, Eddie Brock (Venom) escapes the prison both he and Kasady are housed in, and he accidentally leaves behind an offspring of the symbiote which merges with Kasady. In this version, it looks like they may be following the Maximum Carnage run where he already has Carnage, and he is bonded with his blood. We also got a look at Naomi Harris as his gf Shriek, who is in the Ravencroft institute. They're going to teaming up to give Venom the what for. As far as. powers go, basically Carnage is a more violent, powerful and unhinged version of Venom because the symbiote-human bond is much stronger for the pyscho Kasady. Shriek canm you guessed it, use sound manipulation to do a bunch of different shit, including drive people insane.

This has a ton of potential not only because Kasady is an awesome villain, but because Andy Serkis  was in the directors chair. You may only think of him as the MoCap Gollum/Monke guy, but he is a smart dude that was second unit director on all the hobbit movies and full director on a few more. He is a smart guy and I think a movie like this is in his wheelhouse. This also looks like it is diving more into the horror aspect of supervillains which is something I always want to see more of.

P.S. I fucking love Stephen Graham. Dude kills every role he ever does, and is the best ever on-screen Al Capone in 'Boardwalk Empire'.