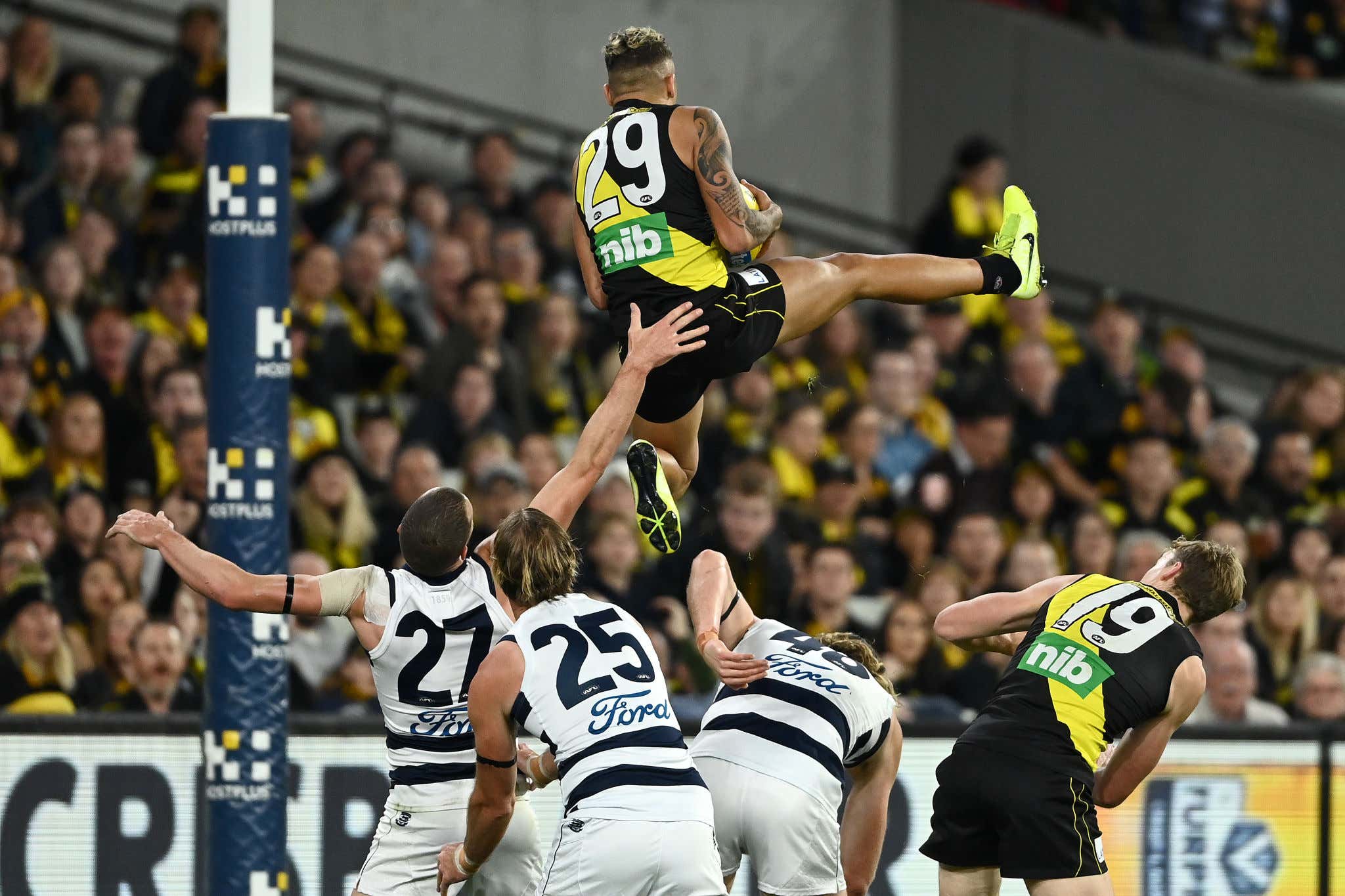 DeAndre Hopkins makes $27.3M per year. Seems fairly reasonable considering Nuk is an absolute animal. Odell Beckham Jr makes $18M per year. He's made what was probably the most impressive in the past 20 years in the NFL. I know you could put the helmet catch up there, too, but I think the Odell catch took a little more freakish athletic talent and a little less luck.

So now let's take a look at Shai Bolton. The 22-year-old Australian who plays for the Richmond Football Club in the AFL. Watch this "mark" and tell me that he doesn't deserve to have DeAndre Hopkins and Odell Beckham Jr's contracts combined.

Sure, the knee to the skull might end up getting this one called back for offensive pass interference. But that was some SpiderMan shit. At the very least you need this guy on the roster for anytime you ever need to launch a hail mary to the end zone. $30M per year to catch one or two 75-yard bombs as time expires? That's money well spent. Stop paying quarterbacks so much damn money and start paying Australian Football League maniacs like the Lightning Bolton.