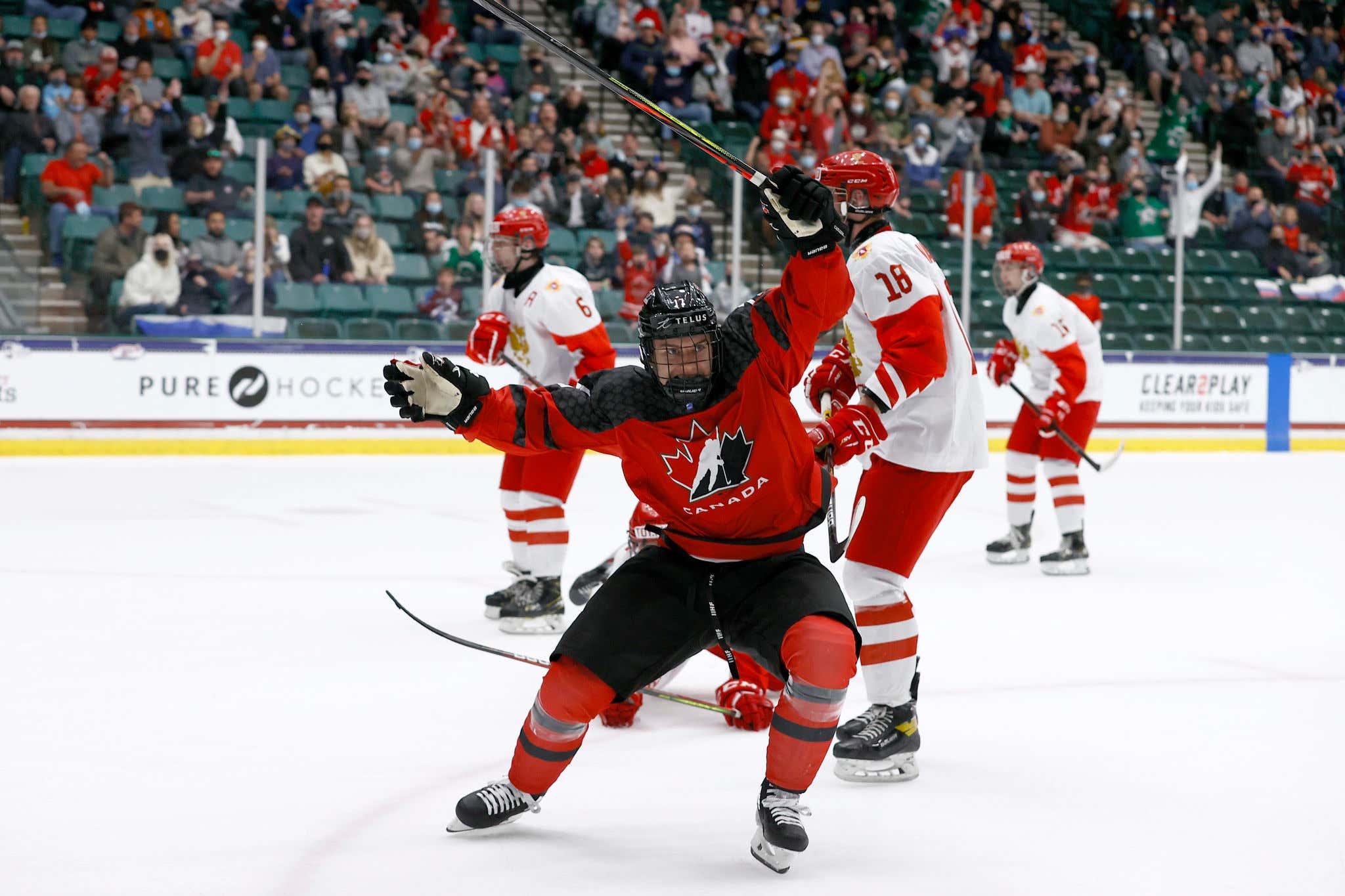 If you've never heard of the name Connor Bedard before, just get ready. You won't hear it in the NHL next year considering he's not draft eligible for 2021. You won't hear his name in the NHL the year after as well, considering he's not even eligible for the 2022 Draft. But as a double underager playing at the U18 World Championships, Connor Bedard put on a show to further cement the fact that every team who sucks a ridiculous amount of ass in 2022-23 will be tanking to take Bedard with the 1st overall pick.

There are always going to be prospects that are labeled as "can't miss" or "generational talents" that never really seem to pan out in the NHL. Perhaps you've heard of Alexandre Daigle before. But this kid has been labeled as the top prospect in the 2023 Draft class and has lived up to every ounce of the hype so far.

Becomes the first underager to ever be granted exceptional status in the WHL to play as a 15-year-old?

Plays in 15 games, scores 12 goals and 16 assists, would have been the league's leading scorer if he got a full season in.

Plays as a U16 at the U18 Worlds? Leads Team Canada along with Shane Wright to a gold medal.

So yeah, safe to say there is plenty of reason for teams to suck over the next couple of seasons. Which makes me feel just slightly better about the Philadelphia Flyers at the moment. Maybe they're just ahead of the curve. Maybe they were so dogshit this year because they've got the future in mind. Shane Wright in 2022, and then either Michkov or Bedard in 2023. Then it's a dynasty from there.