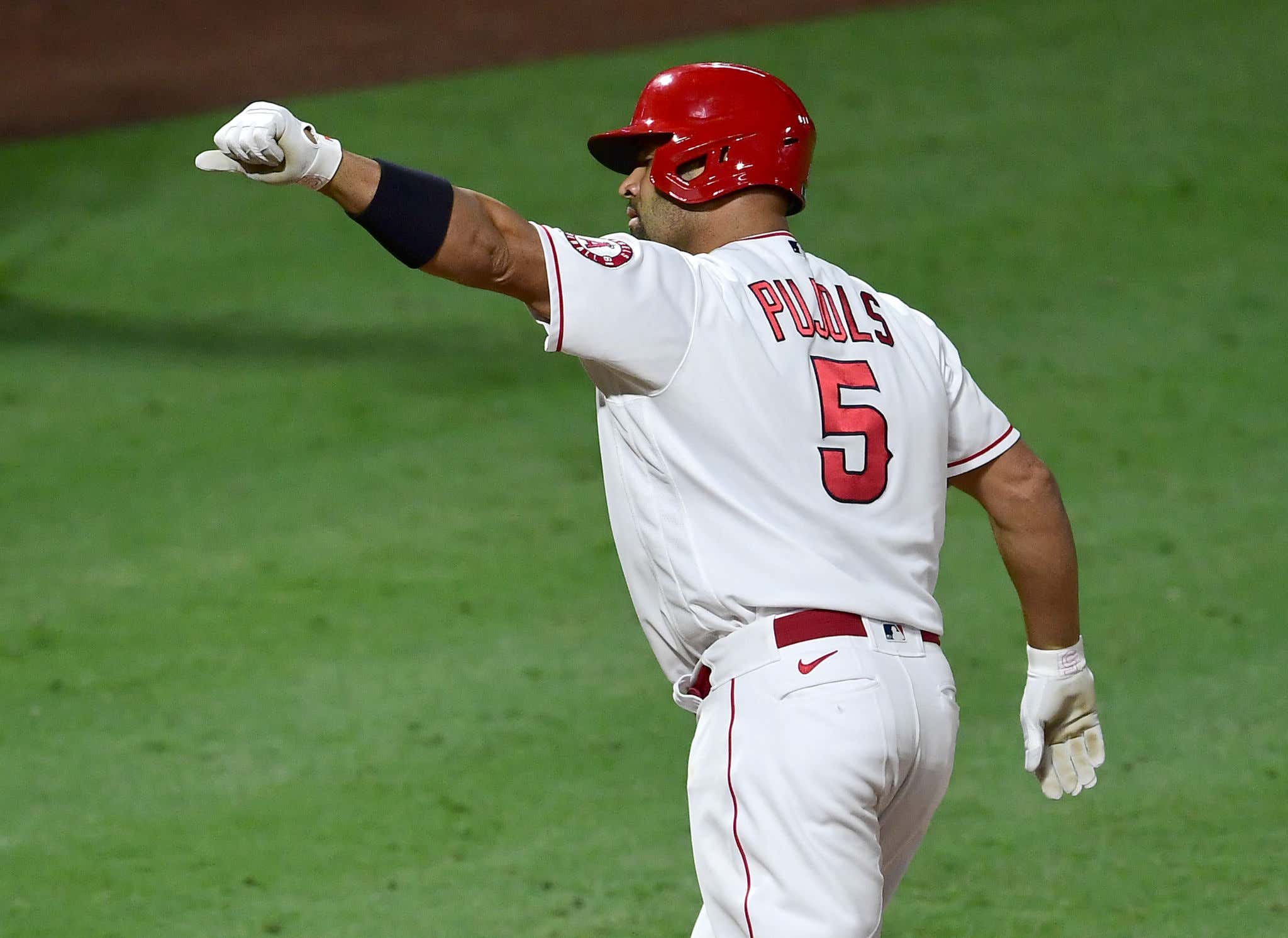 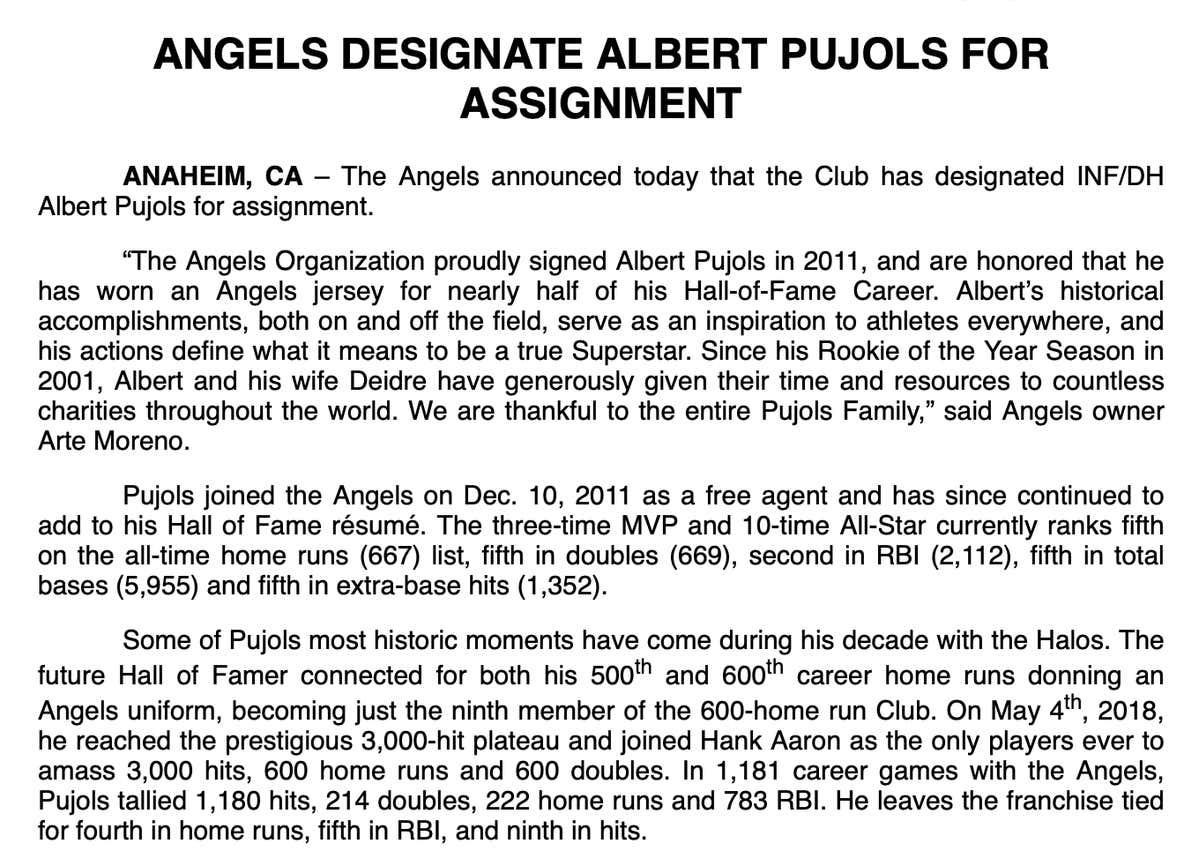 Sad day. A really sad day. Albert Pujols has been released by the Los Angeles Angels of Anaheim formerly of California but definitely in Anaheim, yet claim LA. Sad.

If you ask most baseball fans who has the sweetest swing of all-time, most of the responses will be left-handed hitters. For whatever reason, left-handed hitters just have much smoother swings to the eye. But every once in a while, a guy comes along who changes the narrative. Albert Pujols will go down as one of the greatest hitters of all-time. Not just from the right side, but ever. Period. And he did it with one of the most aesthetically pleasing, mechanically sound, smooth as fuck swings we will ever see.

Six hundred and sixty-seven career homers, 669 doubles, a career .298 batting average, a .921 OPS, a Rookie of the Year award in 2001, a batting title, 10 All Star selections, two Gold Gloves, six Silver Sluggers (which feels low), two World Series titles, and three MVP awards during a time when Barry goddamn Bonds was still in his prime. First ballot. Not a debate by anybody on planet earth.

When Pujols inked his 10-year, $253 million deal with the Angels going into his age-32 season, which was really most likely his age-35 season, somewhere around there, I think most knew that the backend of that deal was going to be ugly. We don't need to get into the numbers in the final years of Pujols' career, because this is about celebrating a Hall of Famer instead of nitpicking how said career ended. The man went out on his shield and he got paid very handsomely to do so.

And it should be noted that Pujols has not yet announced his retirement officially, but I would imagine that the only team he'd sign with would be the St. Louis Cardinals and it would be a farewell of sorts and not an actual addition to contribute to a winning ballclub, but who knows. It's always sad when a player of his stature doesn't get to go out on his terms, so I do hope that he does something like signing a one-day contract with the Cardinals to get his goodbye. We've seen so many great players get year-long retirement tours with memorable stops along the way. Pujols, at the very least, deserves his final day in the sun in St. Louis.

We'll keep you updated on this as more becomes available. But if this is the end of the road for Pujols, thanks for all the memories, legend.