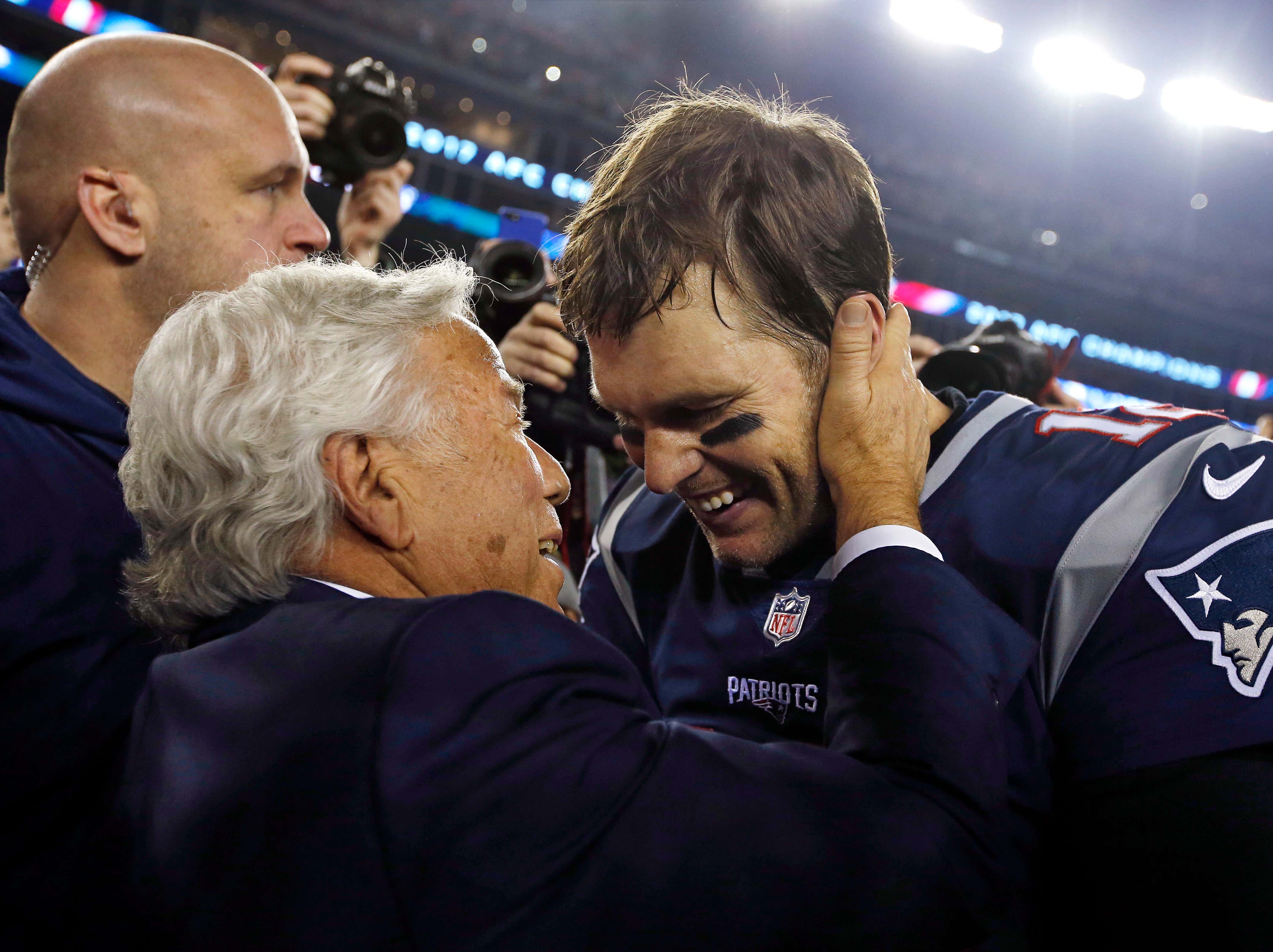 When you read the words of all the great thinkers throughout history, one of the few things they all seemed to have in common was the belief that monetary wealth is not what defines us. That is the intangible kind of wealth that truly matters in this life.

As Henry David Thoreau put it, "That man is richest whose pleasures are the cheapest."

Even noted industrialist Henry Ford advised that, "If money is your hope for independence, you will never have it. The only real security that a man will have in this world is a reserve of knowledge, experience and ability."

But there's a less commonly espoused, but by no means less true, belief that says, "Money can't buy happiness, but enough of it can buy a mansion on the water in one of the most desirable places to live in the U.S. And that house will bring you lots and lots of happiness."

That's a core philosophy that Tom Brady and Gisele have demonstrated. It seems they've had enough of renting from Derek Jeter and signed a Purchase and Sale on another piece of real estate on South Beach:

Business Insider -  A week after reports that Ivanka Trump and Jared Kushner paid $32 million for an empty lot on an exclusive, high-security Miami island, yet another high-profile couple has put down roots on the "Billionaire Bunker."

Tom Brady and Gisele Bündchen have paid more than $17 million for a mansion on Indian Creek Island, Page Six reports. The NFL superstar and supermodel plan to demolish the current house and build a new, eco-friendly home, per Page Six.

Indian Creek Island, a 300-acre island in Biscayne Bay, has only around 30 homes. The island's wealthy residents — which include billionaire investor Carl Icahn, supermodel Adriana Lima, and former Sears CEO Eddie Lampert — are protected by a private 13-person police force that patrols the perimeter from the water and by land. At the center of the island is one of Florida's most exclusive country clubs and an 18-hole golf course.

And while I'm impressed and happy for the whole family that they'll get to live near some of Tom's old golf buddy's family,one of the iconic business moguls of our time and the second hottest Brazilian supermodel, who also used to date Julian Edelman

… $17 million for a home will only get so far in this world.

Since today is "Star Wars Day" (May the 4th) let me quote that other great, philosophical thinker Qui Gon Jin, who said, "There's always a bigger fish."

Forbes - New England Patriots owner Robert Kraft is reportedly the buyer of a $43 million mansion in Southampton, New York, closing on what appears to be his most expensive home through a private, off-market transaction.

Such closely held deals, called pocket listings, have been on the rise of late, with use of the strategy often associated with rich, high-profile individuals who prefer to shield their identities, including Dwayne “The Rock” Johnson, who used a private transaction to purchase a $28 million California home in April. …

The Hamptons home Kraft reportedly purchased was built in 2017 on the grounds of an old “cottage” named A Wee Ly Mor, which had been constructed in the 1880s as a summer retreat. That property spanned 6,600 square feet, featuring 10 bedrooms, 8.5 baths, and four fireplaces. The upgraded house undoubtedly features similar amenities, but few details have been publicly released.

I'm not going to presume that Mr. Kraft timed his purchase to coincide with the Brady-Bundchen's purchase and steal their thunder because he's not happy that the man he loved like another son got a clause put in his contract that he could walk away from New England, moped his way through a final season, then went Tampa and won a title. I'm sure that he's above all that. And that he routinely makes $43 million real estate transactions before his first cup of coffee in the morning, merely as a matter of course.

But I'm not saying he didn't, either. You have to concede that it's a hell of a coincidence that both men would pass papers at the same time. I like to think that that's the way the truly powerful conduct themselves. Not with harsh words, bad blood or vitriol. But with polite expressions of public support, followed by massive transfers of wealth. Writing big checks that say, "Nice place you bought there. I'm sure you'll really enjoy it. Now feast your eyes on my place that's worth 250% more and makes your little hovel look like the tool shed in my back yard." You know, classy and totally driving on the high road, but with just enough vindictiveness under the surface to make it interesting.

The bottom line though, is that I'm happy for both men. They made their way in this world, believing in themselves, following their instincts, taking risks and having the skills and brains to make those risks pay off. And I'll say here on the record that I will accept an invitation to visit the new seaside home of either one of them. So by all means, let's make it happen. But at the same time, let us not lose sight of the fact that if there's anything better than being the GOAT, it's being the GOAT's boss. That is what true power is all about.