Can you believe this? Casey Mittelstadt, what a pussy. 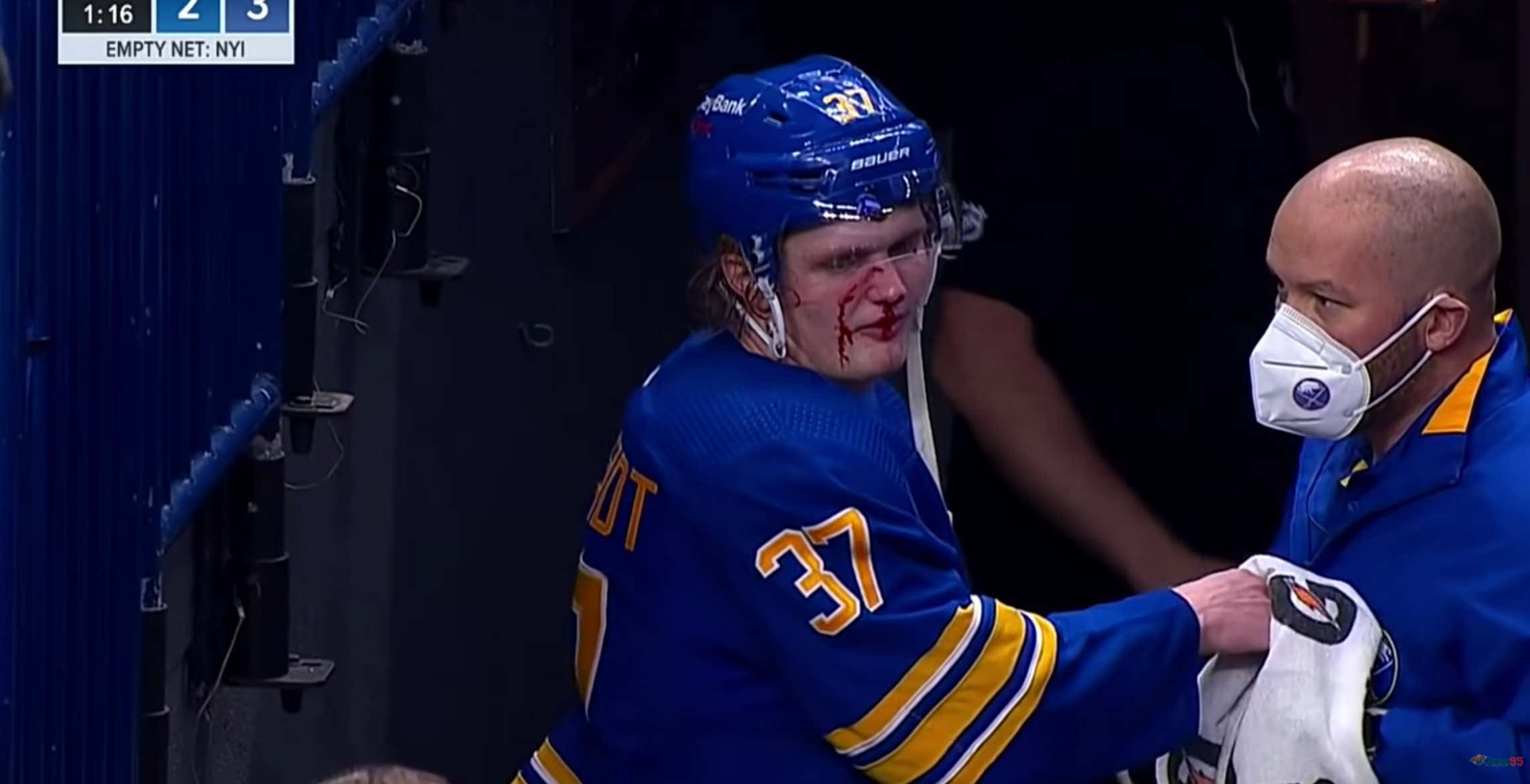 Suck it up, buttercup. You've got a MASSIVE minute 16 left to play here. The entire season is on the line here, buddy. I mean sure, the Buffalo Sabres have been mathematically eliminated from the playoffs since like the middle of February. Sure, that organization is an absolute disaster and none of these games actually mean anything anymore. But Rob Ray doesn't care if your face is split open and your leaking blood everywhere. You gotta finish the damn shift! Hockey tough. Eddie Shore would have finished that shift even if his brain was leaking out of his skull. Casey Mittelstadt can't even keep skating when he has a little cut on his nose? Not in the house that Rob Ray built! No matter what it is, get your stick and keep playing.

My favorite part of this clip is that loooonnnnng pause from Rob Ray as soon as he sees the amount of blood coming out of Mittelstadt's face. Like he knows right then and there that he's in the wrong on this one. But he already went past the point of no return on his take so he has to figure out a way to not go back on it, while also pumping the brakes a little. And again, the Sabres are the worst team in the league by 4 points. The Islanders already secured their spot in the playoffs. Nothing about the outcome of that game meant anything, and Buffalo would go on to win 4-2. Gotta keep playing though.