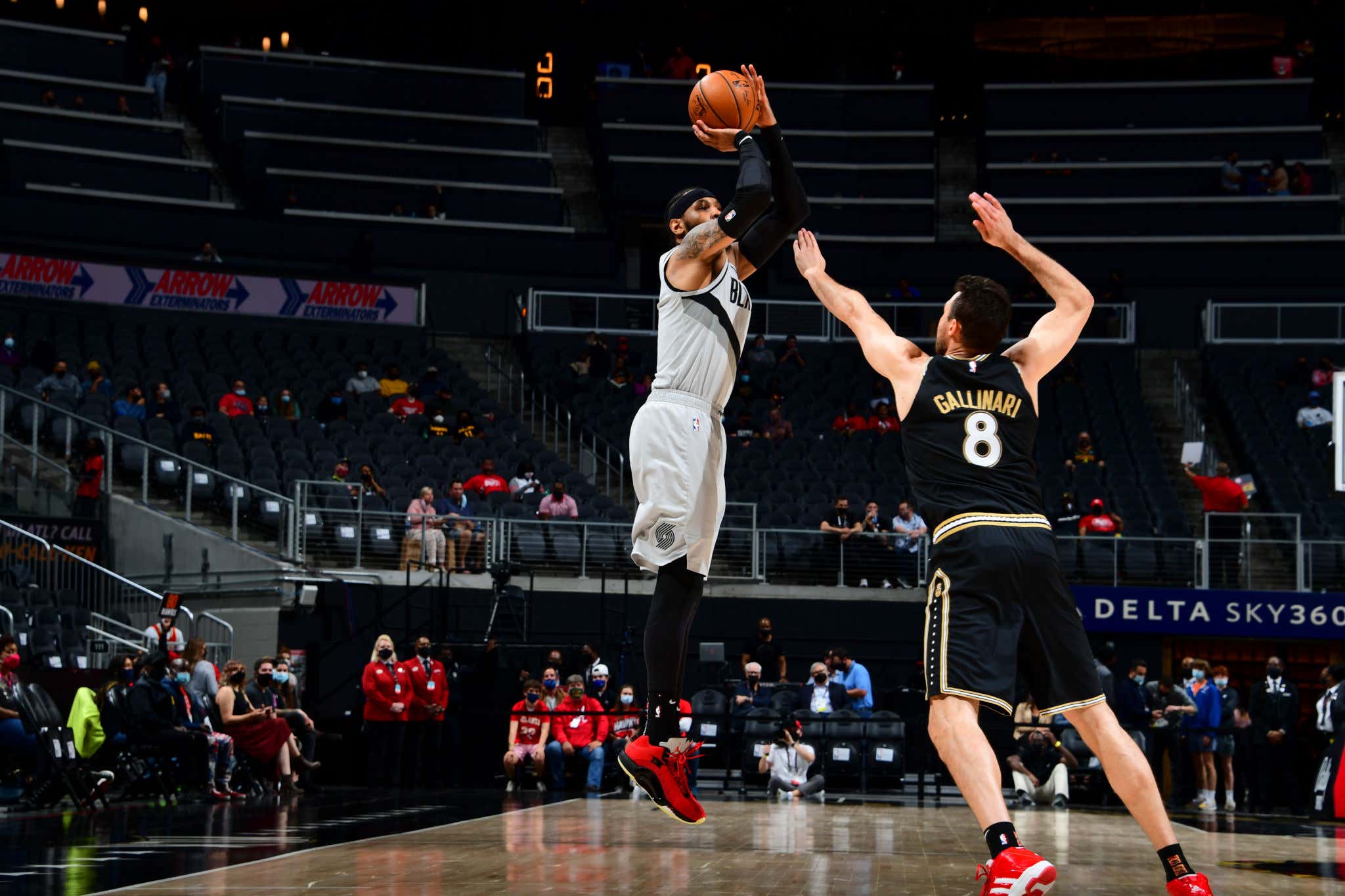 Is this even a hot take anymore? For the most part, people have come around to this reality correct? In the event you for some reason find yourself arguing that Melo is actually not a first ballot hall of famer, well then you my friend are a big dumb idiot. Here's a take for you. I would consider Melo a first ballot HOF player even without including his Olympic medals. Guess what, he's not done climbing that list either. I'm not ruling out that he scores 96 points over the final 7 games and passes Moses Malone. I would say Melo certainly looks like a guy that could play at least 1 more season so if it doesn't happen this year he'll obviously do it next.

I simply ask you to look at the names on that list. They are the very definition of NBA royalty. You find your way into the top 10 and in a group with those guys, there's not much more to be said. It's pretty crazy when you remember that just a few years ago Melo was basically banned from the league. Guy had to go on TV and beg for a job

All he's done since joining the Blazers is put up nearly 15 points per game on acceptable shooting splits in his mid/late 30s. Did you know he's shooting 40% from three this season on nearly 5 3PA? I'm sure you could nitpick his advanced stats and his defense sure isn't great but what are we talking about here. Melo is 36. The fact that he's doing any of this shit is impressive as hell. To be top 10 all time in scoring in league history is a big deal. It just is. Even if you hate Melo as a player, you cannot deny that. He is one of the greatest individual scorers the league has ever seen. And no, winning a ring is not a requirement to making the Hall Of Fame. Nice to have sure, it can really bolster your case if you are able to win one, but plenty of players are in without winning one, and guess what? More will be on the way. If Chris Paul or Russell Westbrook never win one, should they not make the Hall Of Fame? What about James Harden or Giannis? To use the RINNNNNNGZZZZZZZ argument against Melo as a reason he shouldn't make the HOF or maybe why he shouldn't be first ballot makes no sense to me. You can't find me 10 better scorers in the history of the NBA. That is now a fact.

I don't even consider myself a Melo guy per se, I'm just someone who appreciates watching NBA history. I'm sure maybe I would feel differently if I was a Knicks fan or a Nuggets fan or something but I'm not so I don't really care about how those tenures went. When you really think about it, if the Rockets didn't screw him over he'd probably be on the heels of Shaq already and within reach of Wilt. It's pretty clear that he is not this washed up player that for some reason was his narrative for a few years.

We make a big deal about what LeBron is doing in Year 18 (as we should), but it's also pretty awesome to see Melo still be able to be effective in today's NBA. Same thing with Derrick Rose currently. These guys are basically the last of the old guard and they are still getting it done. That's cool to me.