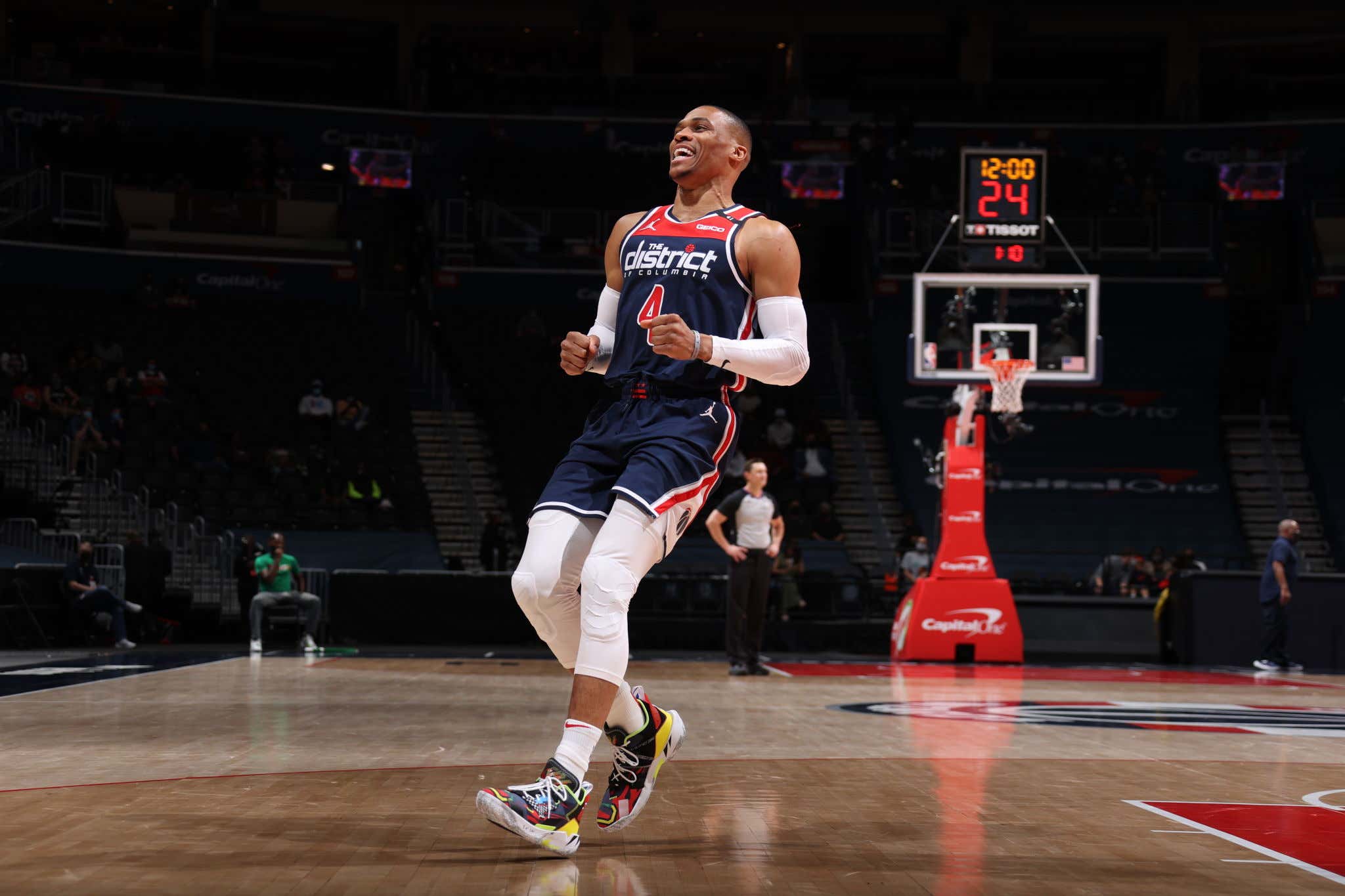 It wasn't long ago that I wrote this blog

and here we are 5 days later with Russell Westbrook once again making history with another 14-21-24 performance. Those numbers didn't even feel real to type.

He finished with nearly of the team's rebounds (43) and nearly half of their total assists (49). Just 6 shy of Scott Skiles' all time record of 30 assists in a game. More importantly, the Wizards won again and dropped 152 in fucking regulation. This is now their 11th win in 13 games and their only losses were a 3 point OT loss to SA and a 1 point loss to DAL. They've been on a roll for about a month now and are playing at a level that screams postseason upset. Especially in a play in scenario. With the level of play they are getting from Bradley Beal and Westbrook, the fact that they've actually been playing respectable defense for about 2 months now, I don't think that's crazy. Mostly because you could get a 14-21-24 dropped on your head on any given night.

To put it simply, Westbrook is on a different planet right now. I know it's become the cool thing to do like pretend nights and seasons like this aren't important and are no big deal, but that is such a crock of bullshit. If it were so easy to do what Westbrook is doing, more players would do it. In reality, nobody else in the league is doing this. The thing with Westbrook is the consistency. We've never seen anything like it. Not even from the Big O himself.

For my money, he's easily one of if not the most underappreciated player we have in the league at the moment. People like Stephen A Smith go on TV and talk some bullshit about how none of this matters because he doesn't have a ring/postseason failures but then in the same breath will gush about Chris Paul. Makes no sense. Westbrook isn't a perfect player by any means, but he's special. He does things that nobody else in the history of the league has been able to do. That matters.

If at this point you're still trying to find ways to discredit what this dude is doing on the basketball court on a nightly basis, you're just hating to hate. Maybe take a second instead and appreciate something historic. Turns out it might actually be pretty cool.