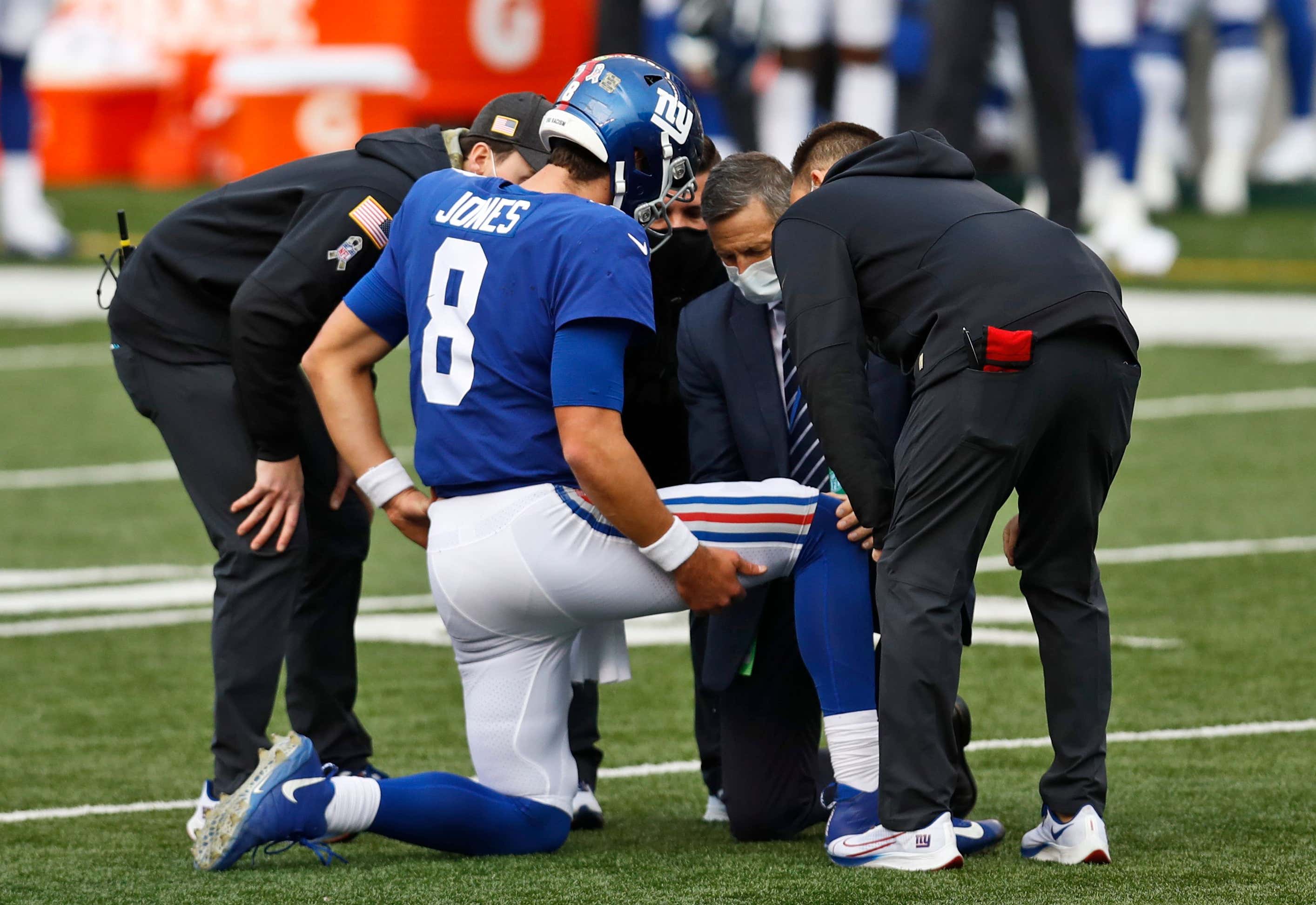 PFT- Daniel Jones injured his right hamstring against the Bengals on Nov. 29. The Giants quarterback missed one game and returned only to injure his left ankle on a hit in the pocket Dec. 13 against the Cardinals. He then missed another game. Giants coach Joe Judge said most other NFL players would have missed more than only two games.

“Look, Daniel is the last guy that’s going to use anything as an excuse,” Judge, who rarely talks about injuries, told The Michael Kay Show on Monday. What I would say about the injury last year is it was much more serious than maybe people thought on the outside. I would say probably 90 percent of players in the league who would have had that injury, including quarterbacks, would have been on IR for the remainder of the year. That’s just the reality of it. It was much more severe than maybe he allowed people to know or the information that was put out there, and we’re going to protect our players by not disclosing everything about their injuries to be honest with you. He fought through a lot of things. He earned a lot of people’s respect.”

Did I make up that last part about killing mere mortals? Maybe, maybe not, maybe fuck yourself. But goddamn do I love to hear that the Giants followed up the Eli Manning Era with another QB that will gut out injuries that would take down 90% of his superfreak coworkers.

Part of me wishes Coach Judge was a little more forthright with Danny's status since I was waking up every morning after that Bengals game looking for every silver lining in every report before watching him straight up unable to move as the Cardinals blitzed the everliving shit out the him. But now I know I can't trust a word Coach Judge says about the injury report, which is how it should be. I want nothing but smokescreens from the HC of the NYG like his former boss used to do in New England. Every injured Giant should seem healthy in the reports and every healthy guy should seem like he's on his last breath. Keep your opponent guessing who will come out of the tunnel every single Sunday. Add in Trader Dave making Gettlefinger moves amidst the chaos and maybe just maybe the Giants will be back in the playoffs led by their hero QB1 that refuses to give up.