I became a teacher in 2005 when my allergies to cats worsened and it was becoming difficult to remain a residential plumber. It seemed that 50% of homes either had cats or at one time had cats. I went to the local technical high school hoping to supplement my plumbing work with some substitute teaching. While I was standing at the front desk in the main office, I was recognized by the Vocational Director, a former builder, and I was immediately offered a full-time teaching position. I was 49 years old.

It took a while, but 6 months later I became "Mr. LeVine" and I was teaching plumbing full time at Southeastern Regional. I learned a lot my first year and I changed schools my second year when a position became available at Tri-County. It was where I learned the most about writing curriculum and using it to teach structured lessons. 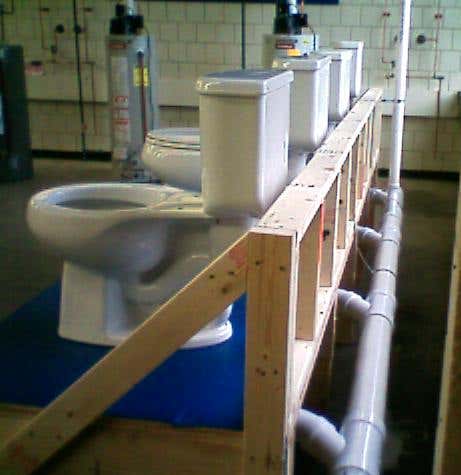 Four "Battery Vented" toilets in the shop at Attleboro High School. Each Junior had an opportunity to remove & reinstall 2 toilets. We had contests to crown the fastest teams and individuals. (only in a high school plumbing shop!)

I spent the next 13 years teaching plumbing. To anyone who thinks a majority of teachers rush out of the building right behind the students, you've been misinformed. I can't speak for all teachers, but I regularly got to school 45 minutes before the students and didn't leave for home until an hour and a half after they were gone. There were many times I stayed at the school well past 5:00 pm to correct tests, enter grades, and prepare for the next day/week. When I was building a new plumbing shop in an old abandoned machine shop at Attleboro High School, I was at the school until 11:00 PM a couple of nights a week and on a regular basis. And, I worked there weekends too. 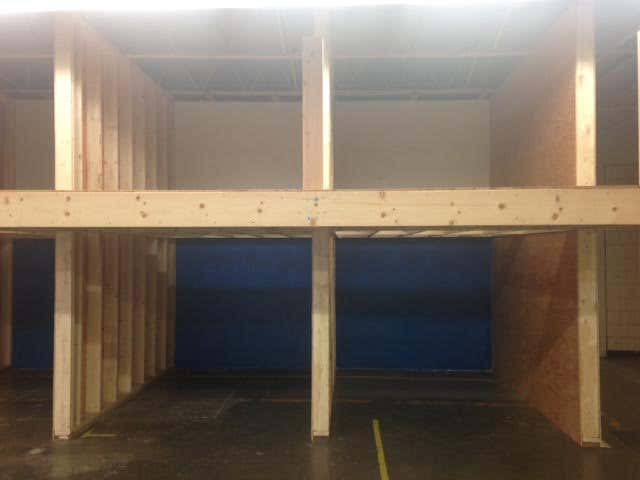 Along with former Attleboro School Committee member Mike Tyler and some incredible volunteers (Don DeVergnes, Tony Lee, Jon Marston, Chad Weigand, and Tim Rioux), we began construction on 9 mock-up apartments in 2014. This was just the beginning…

This was the finished product. The AHS Electrical Shop wired everything. Not bad huh? 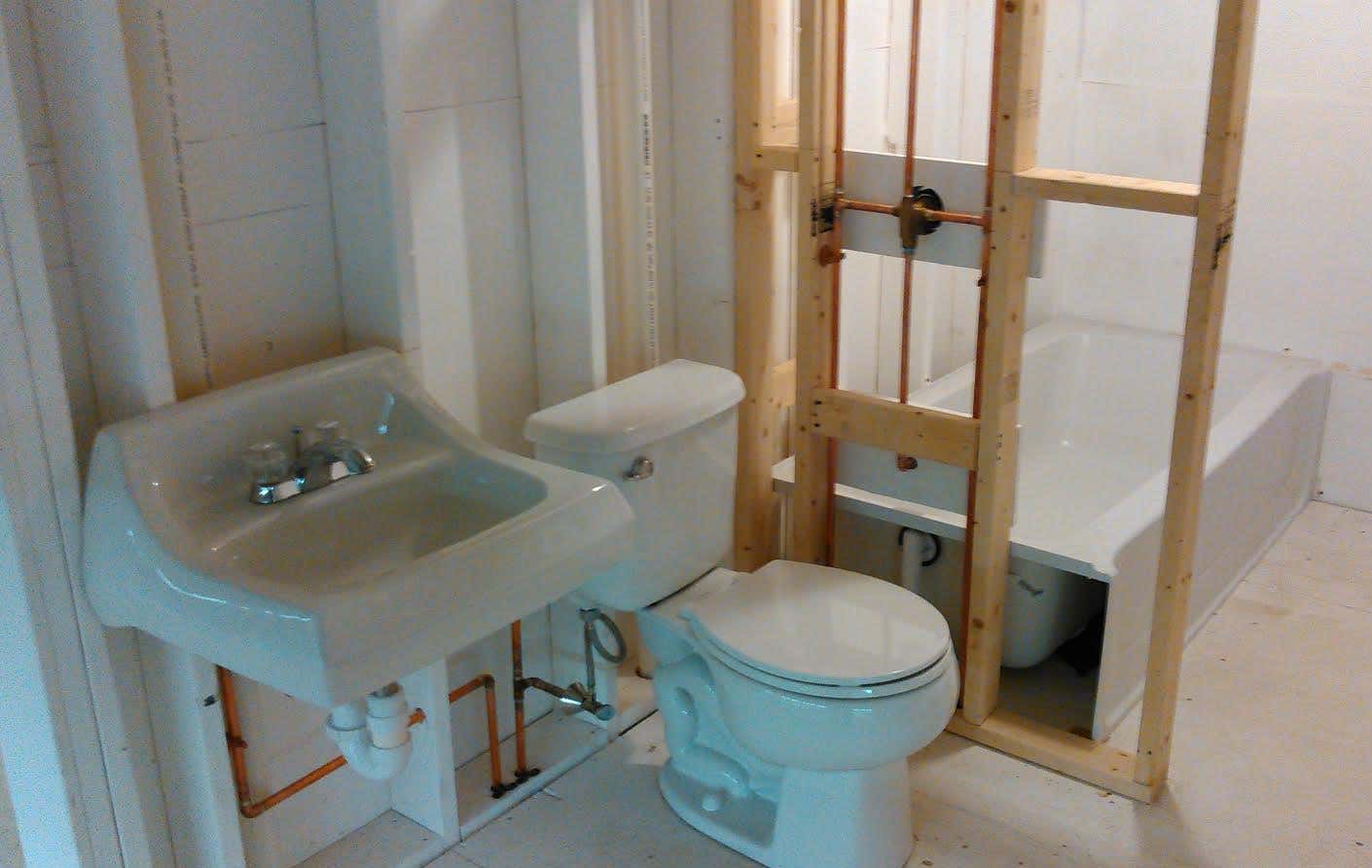 And on the upper level, each Senior piped in and finished a fully functional bathroom…

There were some days I'd get home and create a new test or lesson plan until late in the evening. I spent summers taking classes, getting certifications (OSHA 10 Instructor), and writing more curriculum, all things I did to become a better teacher, all unpaid.

Teachers earn between $30,000 and $80,000 dollars a year and are on the same schedule as students, plus a couple of days. Non-teachers point to vacations, summers off, benefits, and retirement when criticizing teachers, but I can tell you as a former teacher, the profession is incredibly demanding both in and out of the shop or classroom. 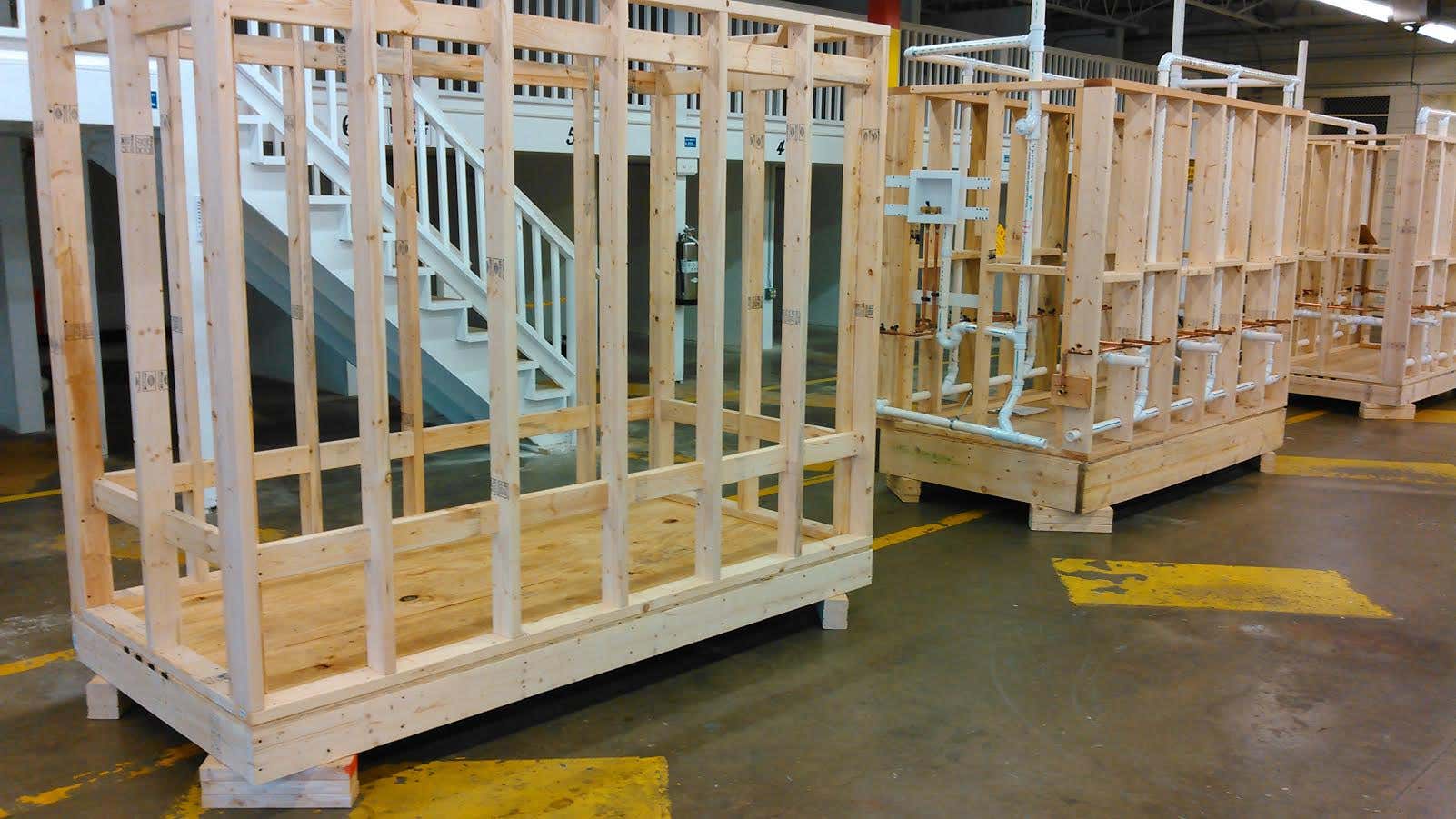 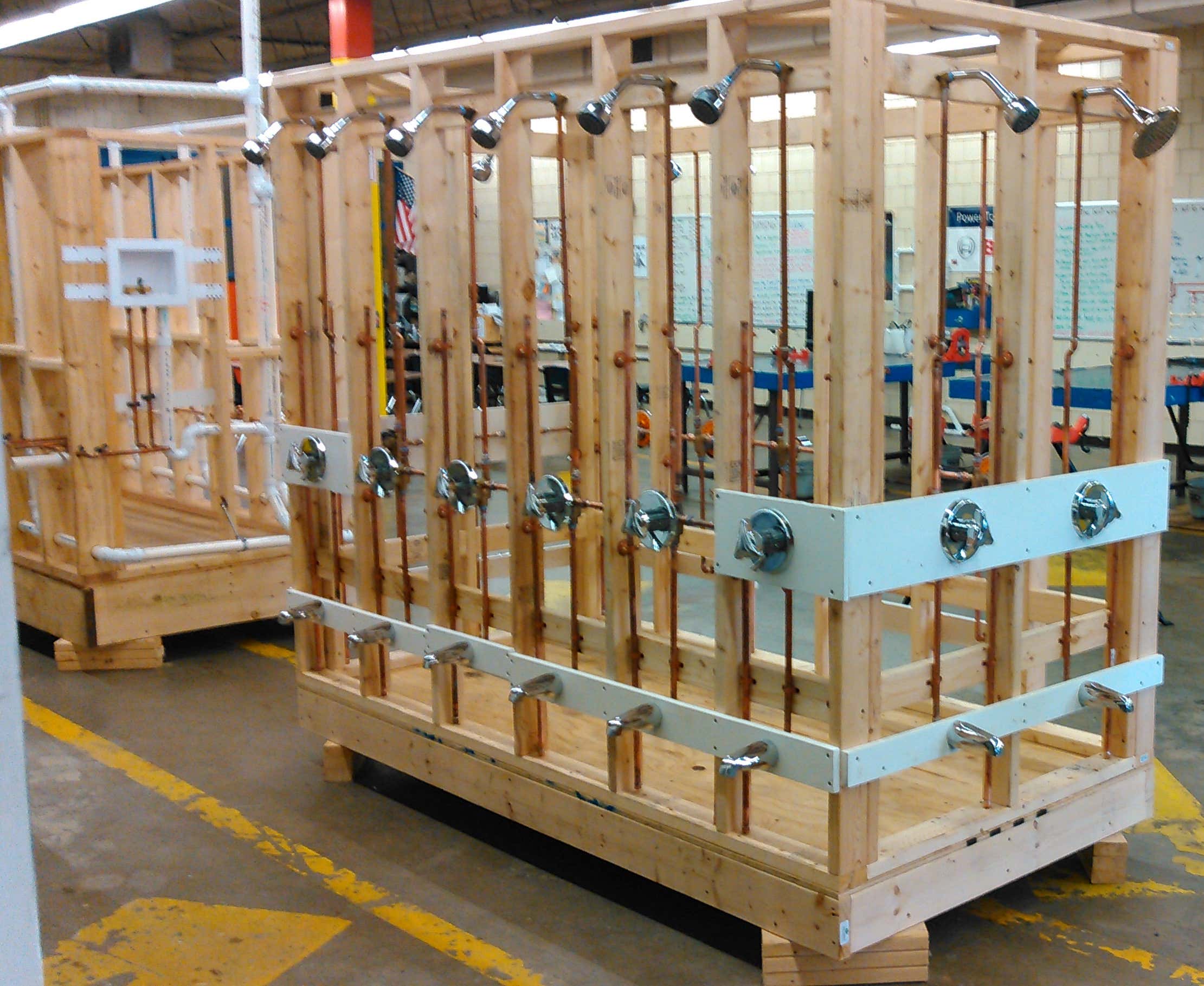 The third was a training station for installing Symmons Tub/Shower Valves. I built this so 16 kids could pipe in their own valves. This was one of the their favorites!

Administrators have pressure put on them by the state, school committees, and parents to run successful schools and in order to keep their jobs, they put pressure on teachers to do the same. There are several teacher observations every year, some announced and some unannounced, and although they're only a snapshot of a teacher’s performance, they can result in poor evaluations and potential termination. Teachers must be on their game every day. I learned early on that preparation is key. Students and Supervisors can tell when a teacher is unprepared.

As much as my focus was on teaching plumbing, I would be remiss if I didn't mention discipline. There were as many as 21 students in some of my plumbing classes, a lot for one shop teacher. Some of my students were focused on a career in plumbing, but unfortunately, too many were there for the social and those were the students that took up a great deal of my valuable teaching time. Even with Deans, whose job it is to address behavior and determine consequences, it's not enough. Too often students have little or no consequences for their actions and in order to control their classrooms, teachers are forced to deal directly with students in real-time while they're trying to teach. 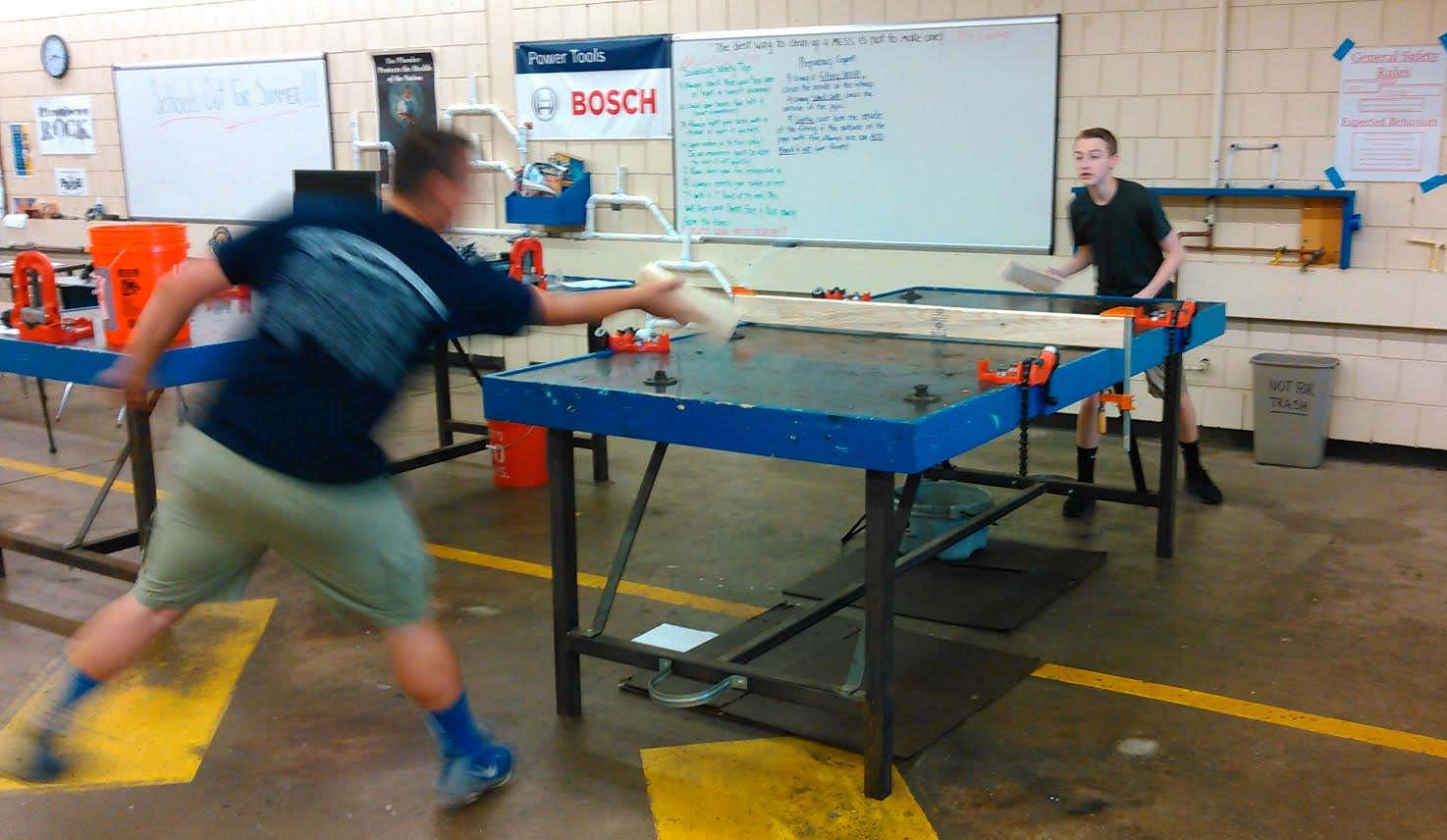 Just before Christmas Break and again End-of-Year, we had "Plumbers Ping-Pong" Tournaments. Here 6-time shop champ Anthony Deyesso (blur) returns one against would-be challenger, Nick Brown. (I only know of one person who beat Anthony… 11-3… just sayin'…) The vises were in play and only 2" x 4" x 10 3/4" regulation paddles could be used, despite pleas to allow real paddles… (Top of the whiteboard: "The best way to clean up a mess is not to make one" - Mr. LeVine)

In the end, the job can't be about receiving recognition or appreciation or it will come up short. In my case, I was there for my students, before school, during the day, and after the final bell. I was one of those teachers who cared, sometimes too much. It wasn't about salary, vacations, summers off, benefits, or retirement for me. I was deeply committed to giving all my students an opportunity to feel comfortable in the plumbing shop, be treated fairly, have some fun (very important), and ultimately, be successful in whatever career path they choose.

There are many aspects of teaching that make life unbearable at times, but the satisfaction a teacher gets when a former student acknowledges them for the positive impact they had on their life, well, that's priceless. 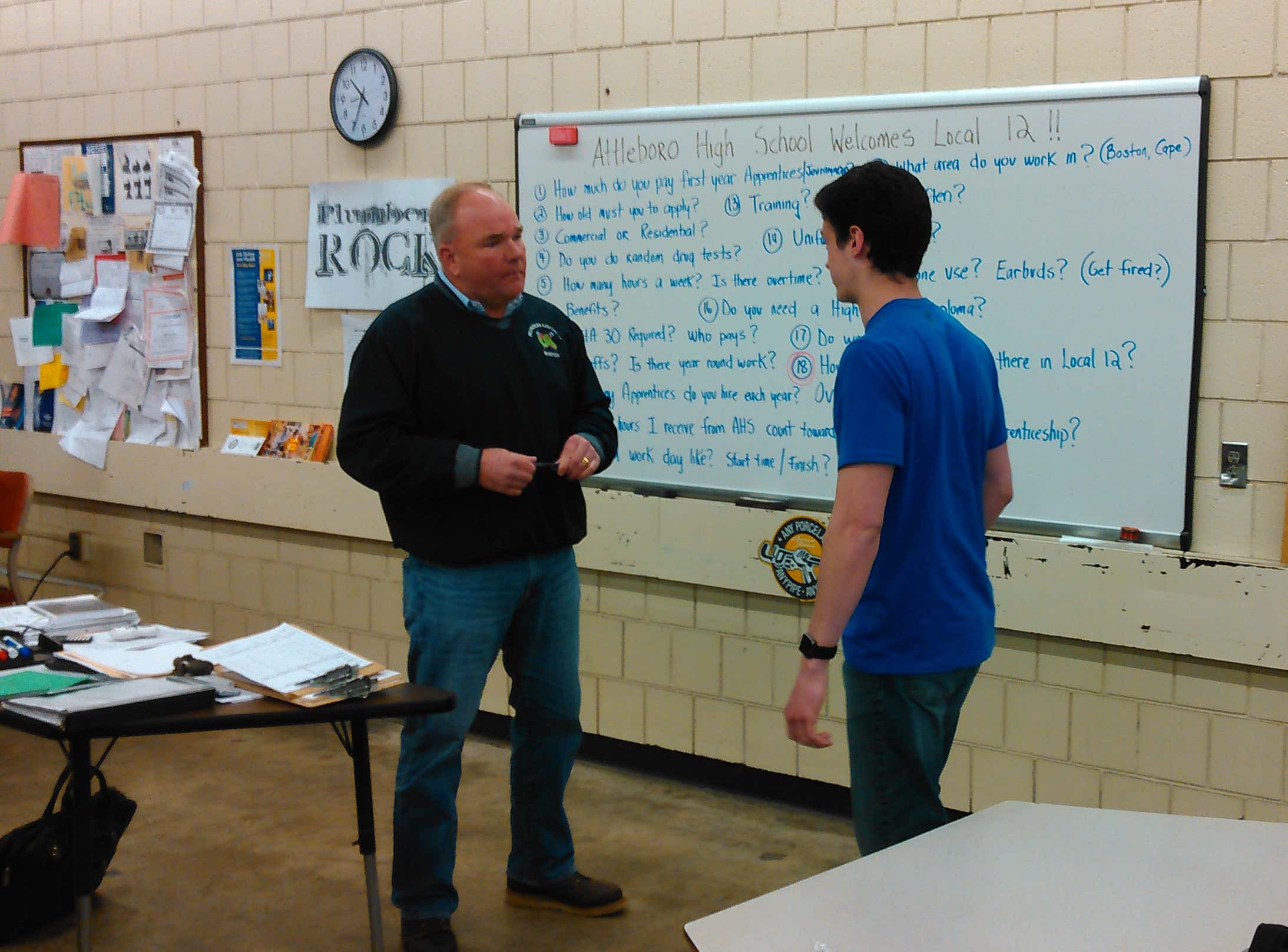 Once a year I had Local 12 & Local 51 come in to speak with my Plumbers at Attleboro High School. Here Jim Vaughan (Business Agent: Plumbers & Gasfitters Local 12) talks about a career in the Union with one of my best-ever and hardest-working students, Justin Nicolas…

Just because I'm no longer a plumbing instructor doesn't mean I've stopped caring about my former students. I keep in touch with quite a few and most know I'm still there if they need my help finding a job or making an important decision.

Being a good teacher isn't just a job, it's a lifelong commitment for those of us who are/were dedicated and teaching for all the right reasons… 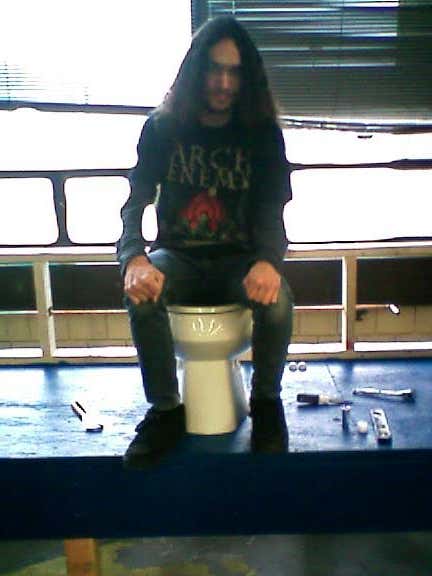 No one enjoyed being in the Attleboro High School Plumbing Shop more than Tim Rioux (Class of 2016). Here he is sitting on a throne he installed himself. He put in almost as many volunteer hours building the mock-up apartments as I did. Tim was my right-hand man…

(I miss teaching, can you tell?)