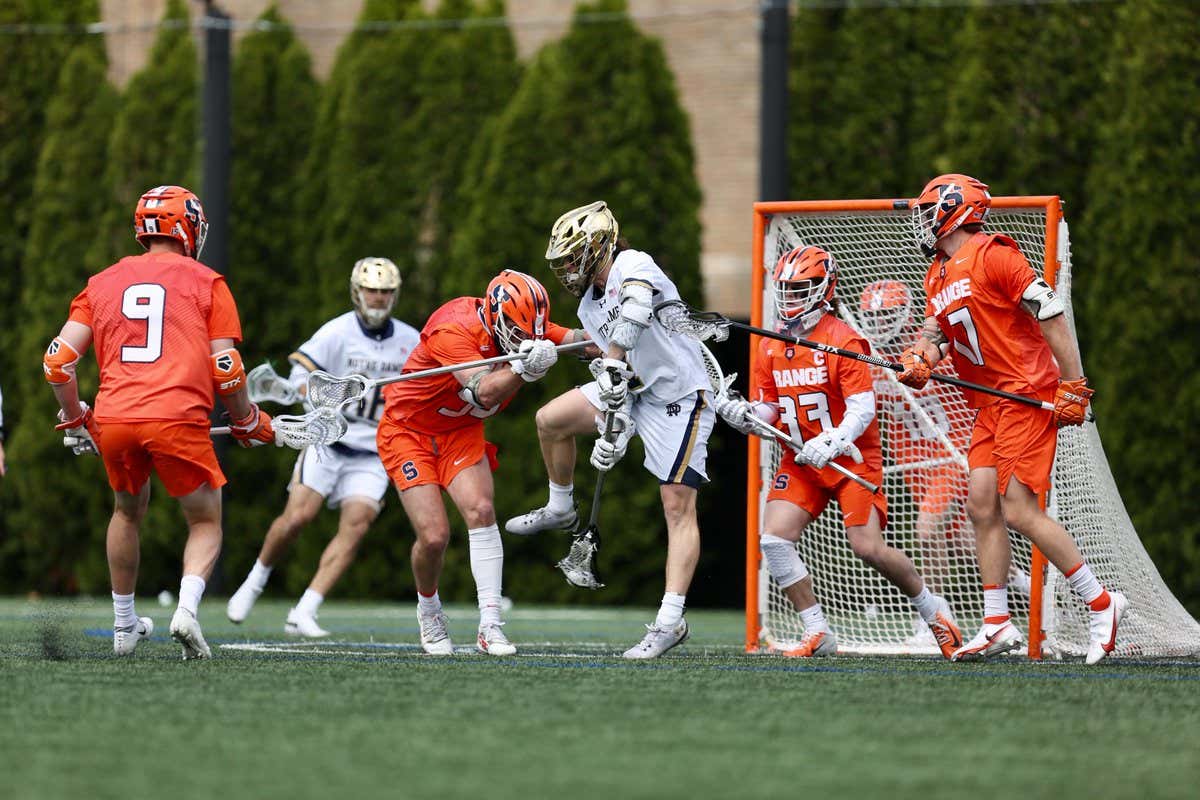 The ACC has been, and most likely always will be, the biggest gauntlet conference in college lacrosse. But I think everybody knew that this year especially was going to be absolute mayhem. You had Duke adding Michael Sowers and Brennan O'Neill to their offense. You had that sick bastard Chris Gray settled in at North Carolina for a year already. Syracuse was the #1 team in the nation before the season was cancelled last year and they were bringing back basically everybody. And then you can't forget that Virginia are still the reigning champs and have most of the same roster they had when they won on Memorial Day 2019.

Then there was Notre Dame. They were 2-3 last year. Bryan Costabile had graduated. They had a bunch of underclassmen on offense. But they were able to get some graduate transfers like Kyle Gallagher, Kyle Thornton, and Will Yorke to the mix. So I'm not sure if anybody really knew what Notre Dame would be in 2021.

Until Pat Kavanagh came around and made it abundantly clear that he is going to be the biggest bully in college lacrosse this season. Unfortunately for Syracuse, they've had to learn that the hard way twice this year.

My personal favorite part of that goal is #90 on Syracuse going for the stepover after putting Kavanagh on the ground. Uhhh hey, bud. Cool hit and everything but Pat Kavanagh just posterized you and your entire defense. Hell, he just posterized the entire Syracuse program. Sure, you got the hit but the ball ended up in the back of the net after that maniac went backhand between his legs. Might not be the best time to try to "flex" over the guy who just ripped your soul out of your chest. The kid is a total freak.

And he's still only a sophomore.

And my favorite part about the way this kid plays is how many times he ends up on his ass after some of this ridiculous highlight reel goals.

Tough as nails, isn't afraid to get blown up if it means he finds himself on the scoresheet. That's as gritty as they come.

23 goals, 36 assists, leading the way for Notre Dame going 7-3 heading into the tournament with their 3 losses coming by a combined 4-goals. Unfortunately there isn't going to be an ACC Tournament before the NCAA Tournament so Notre Dame won't have a chance to win the conference. But when you've got a defense like ND who can bully people around and then the greasiest superstar in the game like Pat Kav leading the way offensively, Notre Dame is going to be such a pain in the ass to play against once the tournament gets going. They're without a doubt a Memorial Day Weekend team.

Tournament selection this upcoming Sunday. Tournament gets going on the 15th, and the race to Memorial Day is on from there.