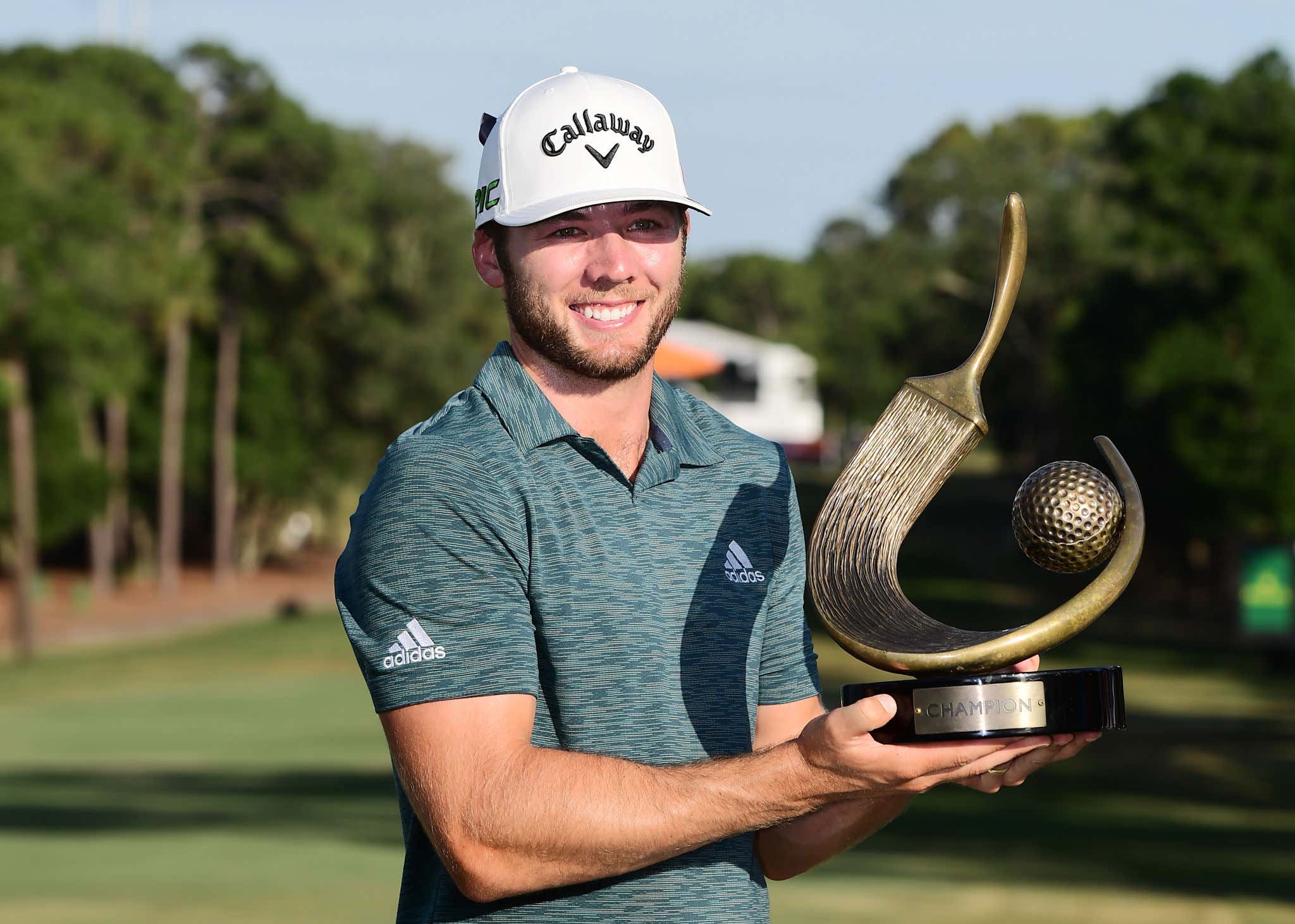 Awesome win this week for Sam Burns to get on the board for the first time in his PGA Tour career. Always incredible to see what this means to somebody and their family as they experience a life-changing victory.

Burns is a young guy at 24 out of LSU who has been on Tour for a couple years and has slowly but surely been getting into the mix a little more often. He played some solid golf early this year including holding a commanding 5-shot lead after 36 holes at Riviera, which he failed to close out after a disastrous back 9 Sunday. .

He found himself in a similar situation this week after firing a bogey-free 63 on Friday to gain the co-lead with Keegan Bradley. When the back 9 pressure arrived today and he found himself neck and neck with Keegan and Viktor Hovland, he answered the bell and those guys didn't. Where he hit a wayward drive on 12 at Riviera and proceeded to fall apart, he responded in a big way when he found himself in some trouble on the par 5 11th. He got himself back into the hole by advancing it up the fairway, and went on to hit a dart to a tight front pin.

This put him back into the co-lead and I think was the real turning point of the day for Burns. The back 9 at Copperhead is a tough one and he avoided making any fatal errors and took advantage of his chances. Keegan Bradley made a shocking double by getting wet on 13

Burns smelled blood in the water and continued to push forward and take control of the tournament.

From there it was smooth sailing in, even with the Snake Pit looming. He birdied 16 and it was basically over.

The biggest factor this week for Burns (and this tends to be the case for any given winner) was a scorching hot putter. The dude gained over 9 strokes on the field on the greens. I guess the guy is a savant when it comes to rolling the rock in Florida.

We'll see if this is a win that vaults him to bigger and better things, but this will be a win he'll always remember. Congrats to Sam Burns.