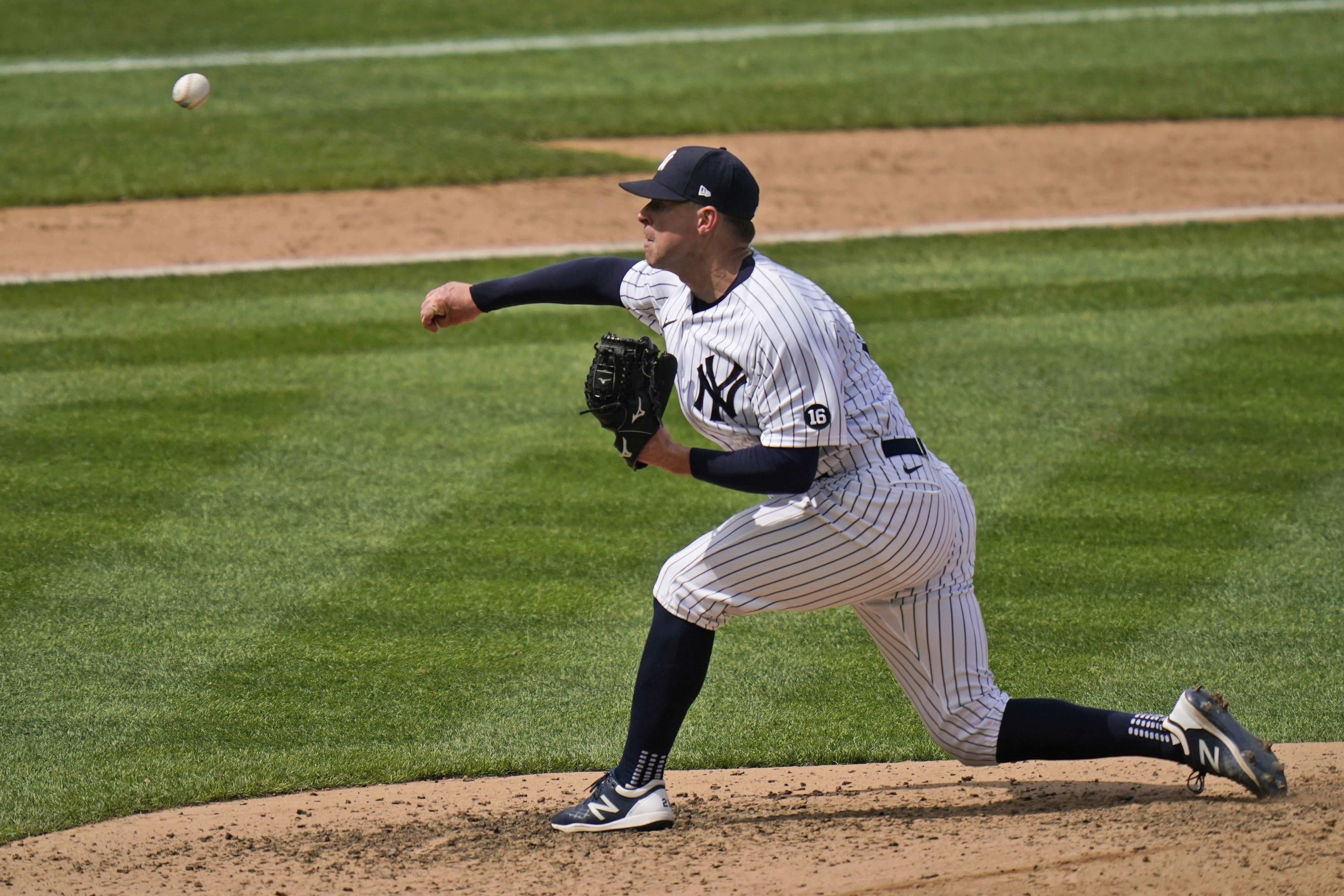 Corey Fucking Kluber baby! Look at this son of a bitch go! The first Yankees starting pitcher to complete eight innings this season is in fact NOT Gerrit Cole, it's Klubot himself. Now yes of course, this was the Detroit Tigers he was facing and they are BAD. They don't do a single thing well, but for a little bit there Kluber had struggled against anyone holding a bat. In his first four starts, the right hander couldn't locate for shit, and when he missed over the plate he was getting tagged. These last two starts, with Kyle Higashioka behind the plate, have produced a completely different fella on the bump.

Typically once Kluber gets through the month of April he begins to really settle in and cook.

It's also very valid when discussing his immediate struggles to factor in that Kluber really hadn't pitched in two years coming into this season. What you're seeing is a guy getting stronger by the outing. Turns out how you look in Spring Training and how hard you're throwing in March doesn't mean dick to what's to come throughout the course of a season.

Whiffle ball shit from that breaking ball today. The changeup was also a big key on Sunday as Kluber generated 13 swings and misses from it. His previous career high with that pitch was 7. You have to wonder with Gerrit Cole's sudden emergence with the pitch, if the two have been working on it together. Don't hate that visual whatsoever. Whatever it is, keep doing it because that outing today was magnificent.

Now is Corey Kluber back? Hold your horses. Once again it's the Tigers, but you know what? This was yet again another step in the right direction for the bot. Season ERA is down to 3.03 in 2021 which is a whole lot better the 5s and 6s that we were fearful of. Few starts ago I woulda taken 5 innings from this dude and now he's gone into at least the 7th in back to back starts. Beautiful.

The Yankees needed this sweep. Their record is back to .500 on the season at 14-14 as they gear up for a clash with the Astros at Yankee Stadium starting on Tuesday. They've got Domingo, Montgomery, and Cole lined up for those three games. Safe to say I am very excited.

P.S. Real quick, the start to the season Aroldis Chapman has been on is nothing short of historic. Pure dominance in every way.