We've all been there right? Patriots fans are numb to the feeling by now, Bears fans are all too use to the opposite, but there you are, anxiously awaiting your new favorite draft target to fall just a few more spots down to your teams graciously waiting arms. For his name to be announced by the grand fuhrer Goodell, and him to march up to the podium and give him an awkward hug. You have manifested it in your mind's eye. It's so vivid you can close your eyes and see it. In color.

When all of a sudden an alert pops up on the screen saying a trade has been made.

Either somebody has traded up, to leapfrog your team and snag your guy. Or your team "sees too much value" in trading down, and gives away their slot in a gamble your guy will fall further to them down the road. (Rarely ever happens).

Deflating to say the least.

When it's to your sworn enemy, arch-nemesis, in conference rival it stings even worse.

Our boy Copizzle here just didn't realize though, "it was too good of an opportunity for Gettleman not to trade down".

Giants Wire - On Thursday night, Gettleman stayed our to his word when the Giants sent the 11th overall selection to the Chicago Bears for the No. 20 and 164 picks in this draft plus the Bears’ first- and fourth-round selections in next year’s draft.

“It was too good of an opportunity,” Gettleman said of the trade. “It added too much value…we felt comfortable with who would be available in that slot.”

With that 20th pick, the Giants selected Florida wide receiver Kadarius Toney, who Gettleman said was at the top of their board.

The Giants decided to trade out after the Philadelphia Eagles leapfrogged them in a trade with the Dallas Cowboys to select Alabama wide receiver DeVonta Smith with the 10th pick. Smith was believed to be a Giants’ draft target and was possibly the final distinctive one remaining for them at No. 11.

Gentleman said he was not surprised by the move as he himself had spoken to the Eagles about a trade earlier in the week. In the trade with Chicago, he demanded a first-round pick in 2022.

“It was very important to get the round pick next year” he said. “There’s a lot of unknowns in this year’s group.”

Why can’t the Eagles just leave the Giants alone?

P.s.- you could see Copizzles spirit leave his body here- 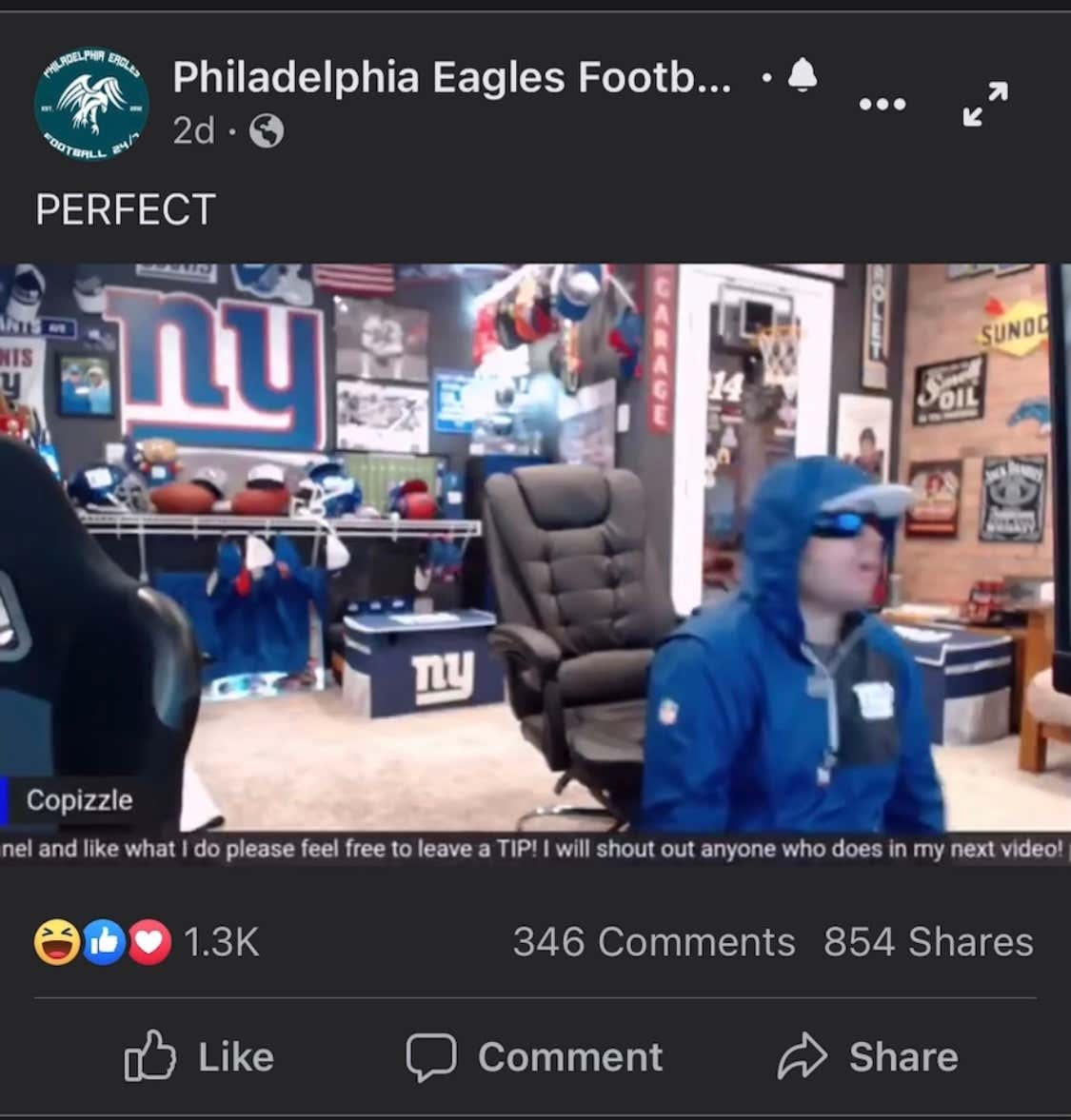 P.p.s.- Nick The Wick with the dynamite drop in.