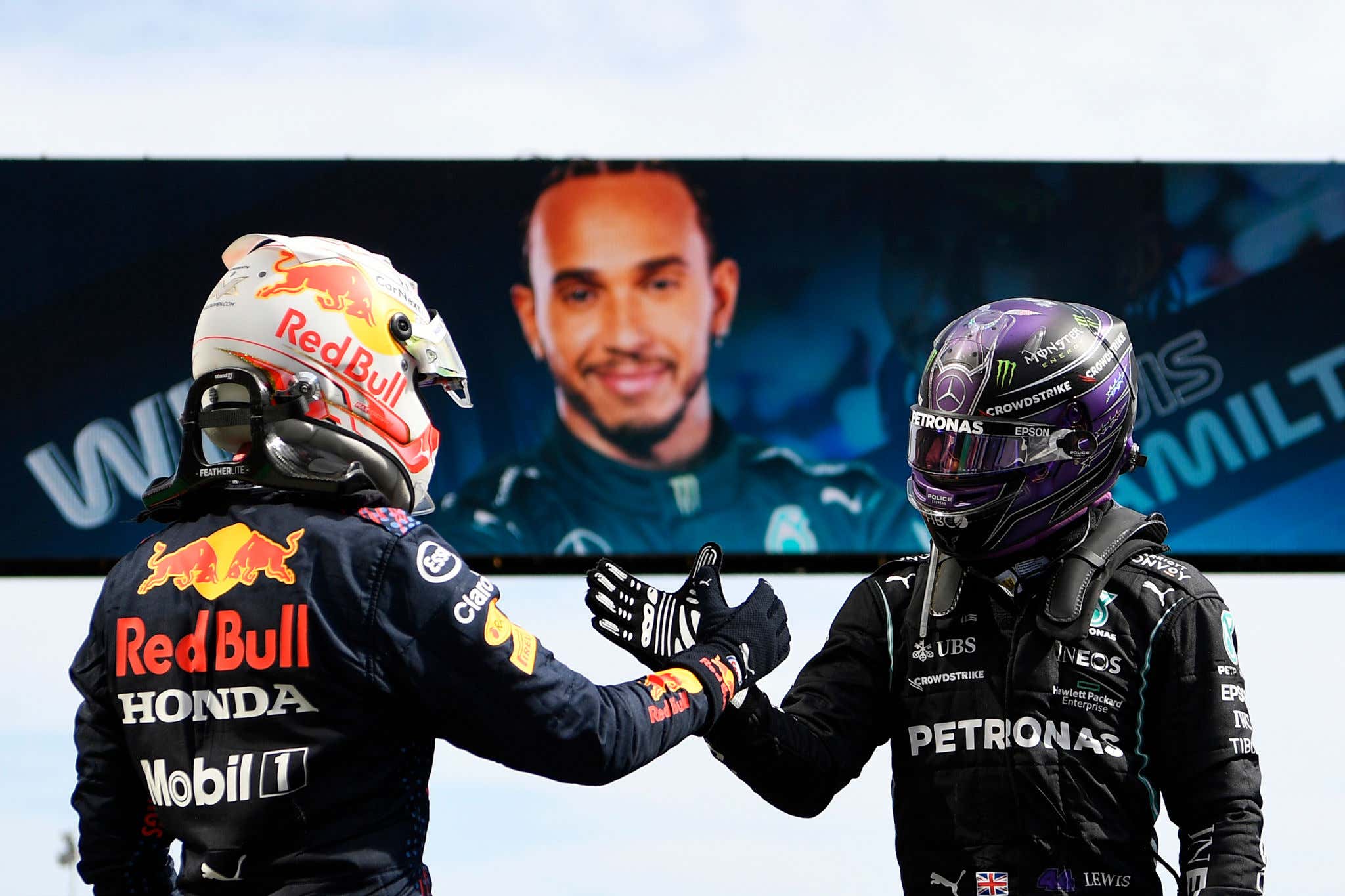 This morning we had the third race of the F1 season in Portugal. To be completely honest, it was pretty boring. Sir Lewis Hamilton took control early and cruised to an easy win which is his 97th career race victory. Max Verstappen for Red Bull finished in second but was never really in contention after lap eleven to challenge for the lead once Hamilton got past him. Valtteri Bottas rounded out the podium in third despite starting in pole position. Sergio Perez finished fourth for Red Bull, which gave us our first look at what most people expected coming into this season where the Mercedes and Red Bull cars pulled ahead of everyone and were in a league of their own the entire race.

Mercedes Team Principal, Toto Wolff, proved today why they've been able to win seven straight world championships. The team finds ways to win races even when they aren't the fastest car on the track. Mercedes and Hamilton are now in full control of the Constructors and Drivers Championship with Red Bull eighteen points behind in second place and Verstappen eight points behind Hamilton. Things could change quickly over the next few races, but it's weekends like this where you understand why Mercedes have been dominant for so long in the sport.

The F1 haters are going to be out in full force after today's race. "F1 is so boring. No drama. Mercedes and Hamilton always win." I'll admit, there was very little chaos today. Kimi Raikkonen was the only driver to retire during the race when he ran into the back of his teammate on the second lap. Some days F1 delivers all the chaos, other days you get a snoozefest. Not every race we will get the Netflix "Drive to Survive" type drama like we got last race in Imola. HOWEVER for as boring as this race was there was still some drama that got everyone fired up. We just had to look ALL THE WAY to the back of the field to find it.

Nikita Mazepin. GET HIM OUT OF THE LEAGUE.

F1 is not a fair sport. There are only twenty drivers in the world who get the opportunity to race full time on the circuit. It's one of the hardest jobs to get your foot in the door and your butt into the cockpit… UNLESS your family has a lot of money and can buy you a spot. In other sports, being wealthy can give you a leg up, for example, better equipment, private coaches, travel teams, etc. but at the end of the day, you can't directly buy your way onto the field at the highest level. You won't see one of Bob Kraft's sons suiting up at QB for the Patriots and they would never do that because they care about winning. F1 is different. It's not always about winning, it's about surviving.

In F1, you'll see drivers who might not be the first choice for an open spot get it over other more qualified drivers because their family invests money into the team. F1 is an extremely expensive sport and the top teams like Mercedes, Red Bull, and Ferrari will outspend the other teams on the grid by several hundred million dollars. This opens the door for rich families to invest in smaller teams to give their kids a chance to live out their dream of being an F1 driver.

The most recent example of this is Nikita Mazepin, the son of Russian Billionaire, Dmitry Mazepin. The Haas team, which is the only America-owned team, was struggling financially after several years of very poor results and decided to hire Mazepin to be one of their drivers for this year. With Mazepin came the money they needed to pay the bills and survive for another year in the sport.

Mazepin has had a VERY rough go of it so far this season. He has spun out so many times this year during testing and practice that he's already earned the nickname Mazespin. In the first race of the season, he crashed on the first lap. In the second race of the season, he finished in last place out of the cars that completed the race, a full two laps behind the leaders. Not great. This brings us to what happened today. Mazepin did finish the race, but he was at certain points a full ONE MINUTE behind his teammate. The Haas car this year is very slow, easily the slowest on the grid, but Mazepin's teammate, Mick Schumacher, has at times looked competitive in it, while Mazepin on the other hand has looked like has no idea what he's doing out there.

"So what the guy's slow, who cares?" Well, it becomes a problem when you pull bush league moves like cutting off the car that's lapping you for a second time as Mazepin did on Perez in today's race. Mazepin was warned several times that he was about to be passed by a car on the lead lap, but he appeared to just ignore it, cutting directly in front of him almost causing a crash. Perez gave him the hand in the air when he finally got a chance to pass him again, which is the race car driver equivalent of "Fuck You"

F1 has a system in place to try and prevent unqualified drivers from making it into F1, the super license program where you have to compete at a high level and get results in the minor league series, but a lot of people are calling into question if the system is broken when someone like Mazepin can get enough points to compete in F1 while other drivers in high-level open-wheel series like Indy Car can't get enough points for a super license.

I would love to say that the only problem with Mazepin is his on-the-track performance, but he was also heavily criticized before the season after he posted a video to his Instagram story. You can read the full story below.

So despite the race being boring today, we still had drama that has the F1 world fired up. Is Mazepin going anywhere? Not as long as the checks keep cashing at Haas. We now have a clear number one villain in the league that you can hate-watch for the rest of the season. This guy. 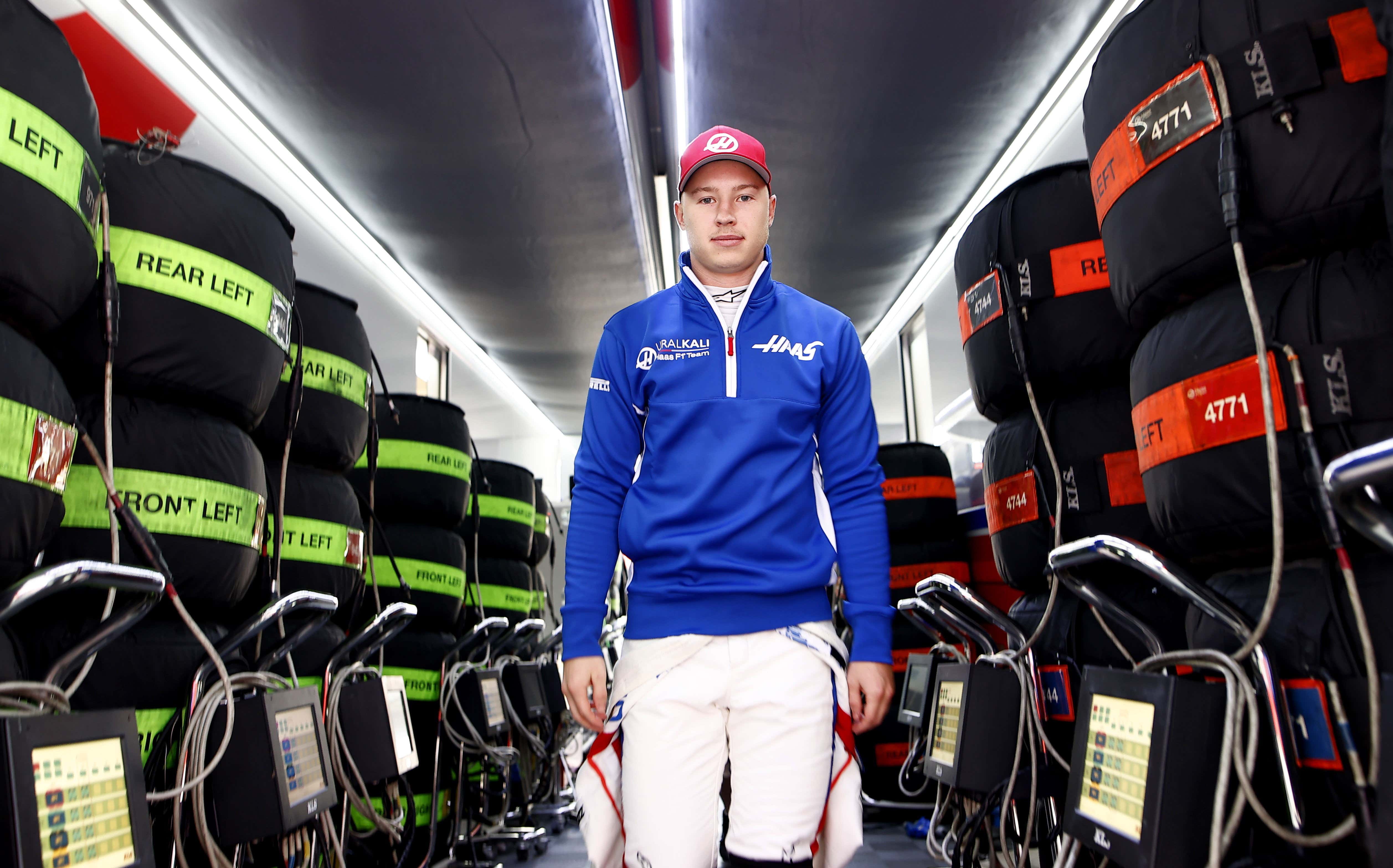 The Midfield Battle: Alpine Has Finally Showed Up this Year 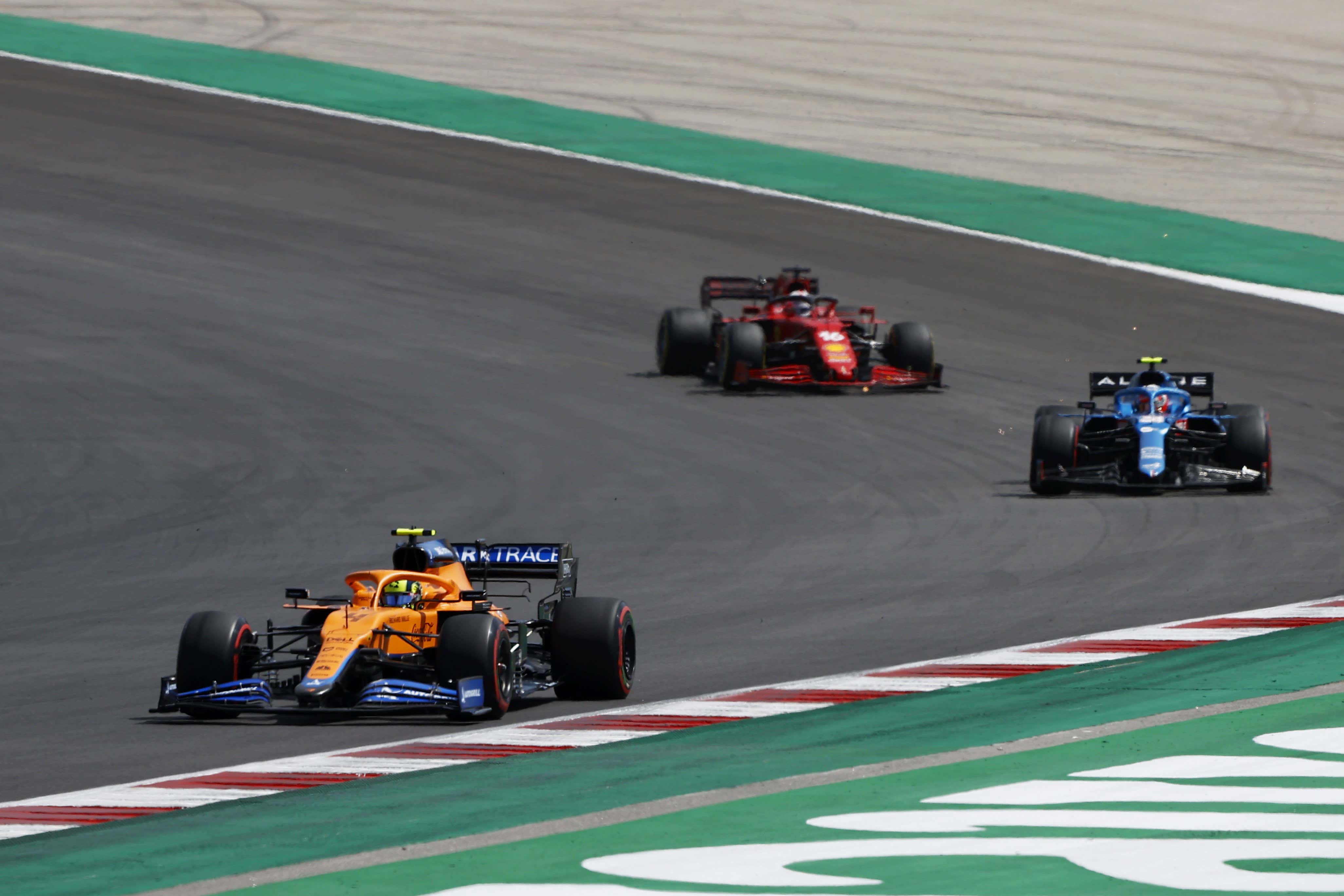 The midfield battle was ok this race with Lando Norris in the McLaren car finishing in fifth followed by Charles Leclerc in the Ferrari car in sixth. Alpine had a strong race with Esteban Ocon finishing in seventh and Fernando Alonso battled through the field to finish in eighth. Alpine made up a lot of ground in the midfield constructors battle jumping up to fifth place ahead of AlphaTauri who had another lackluster race. The Alpine team proved today that they can compete at the top of this midfield battle and are emerging as the third team in the battle for third. The P7-P12 battle was better than the one at the front but also got way less coverage on the broadcast. A real shame because it was one of the few interesting parts about this race other than Mazepin.

Nowhere to be seen for the third race in a row were the Aston Martin cars, Sebastian Vettel finished in thirteenth followed by Lance Stroll in fourteenth. Aston Martin is easily the biggest disappointment this season with many people predicting they would be a serious contender for third place in the Constructor's Championship but have been far off the pace of McLaren and Ferrari. There's still time to turn it around, but they need to figure something out before it's too late.

The most compelling story in the midfield battle was watching Daniel Riccardo for McLaren battle through the field after qualifying in sixteenth place to finish the race in ninth. He made up for his mistake and secured a decent result which keeps McLaren ahead of Ferrari by eleven points.

Next weekend F1 is headed to Barcelona. Verstappen and Red Bull need to bounce back next race. There are still twenty races left this season and this championship battle is far from over.

Shout out to Spider and all of the stoolies who took the boosted "Lewis Hamilton to Win" bet on the Barstool Sportsbook.

Betting on F1 is a roller coaster of emotions, one of which I was on the losing end of today, but we come back stronger next weekend.

Drop your reaction to the race below, let's talk about it.

Finally… LIGHTS OUT AND AWAY WE GO for the Formula 1 Aramco Gran Premio De España 2021 next weekend.