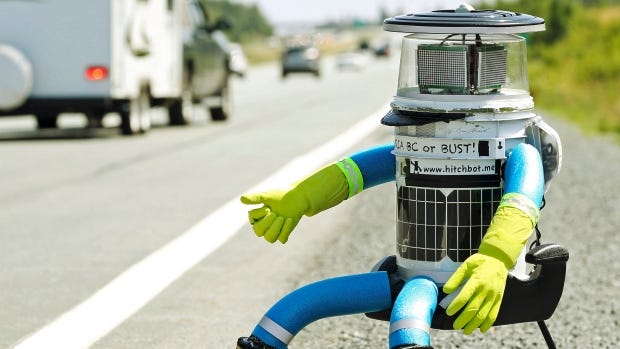 CBC – A hitchhiking robot that captured the hearts of fans worldwide met its demise in the U.S.

The Canadian researchers who created hitchBOT as a social experiment say someone in Philadelphia damaged the robot beyond repair on Saturday, ending its brief American tour. The robot was trying to travel cross-country after successfully hitchhiking across Canada last year and parts of Europe. It set out from Marblehead, Massachusetts, two weeks ago in July with the goal of reaching San Francisco, but never made it off the East Coast.

You can thank us later, rest of the world. Because if there’s one person or thing out there that needed to be put 6 feet under, it’s this son of a bitch right here. HitchBOT. What a fucking stupid idea. A hitchhiking robot from CANADA who was trying to travel coast to coast in the United States? Yeah get the hell out of here with that shit, Canada. You bunch of over-polite, moose-banging weirdos. I’m not a huge conspiracy guy but I can guarantee you HitchBOT had bad news written all over him. Oh, let’s just let a robot from a foreign nation come into our country and travel all over the place gathering all sorts of top secret information for the Canadians to use against us. Sounds like a real swell plan, you guys.

Look at how smug this little bastard was too. I’m glad he’s dead. 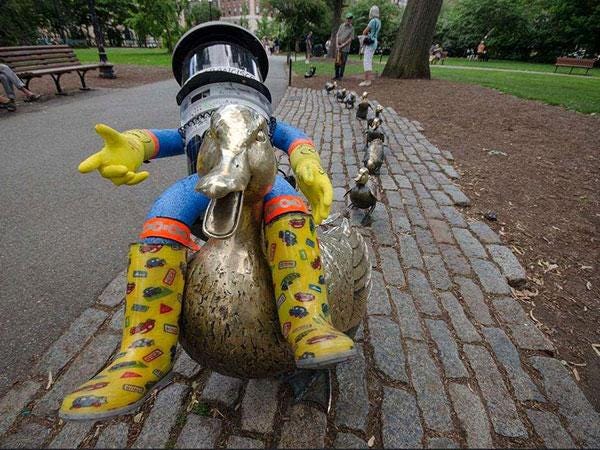 UPDATE: We now have video surveillance of the hero who dismantled hitchBOT before he could do more harm to the city of Philadelphia and the rest of the nation.

Not all heroes wear capes. Some of them just wear Randall Cunningham jerseys. And I still stand by my claim that hitchBOT got exactly what it had coming to him. He was a Canadian. He was a robot. He was a free loader. 3 strikes and you’re out, bitch.