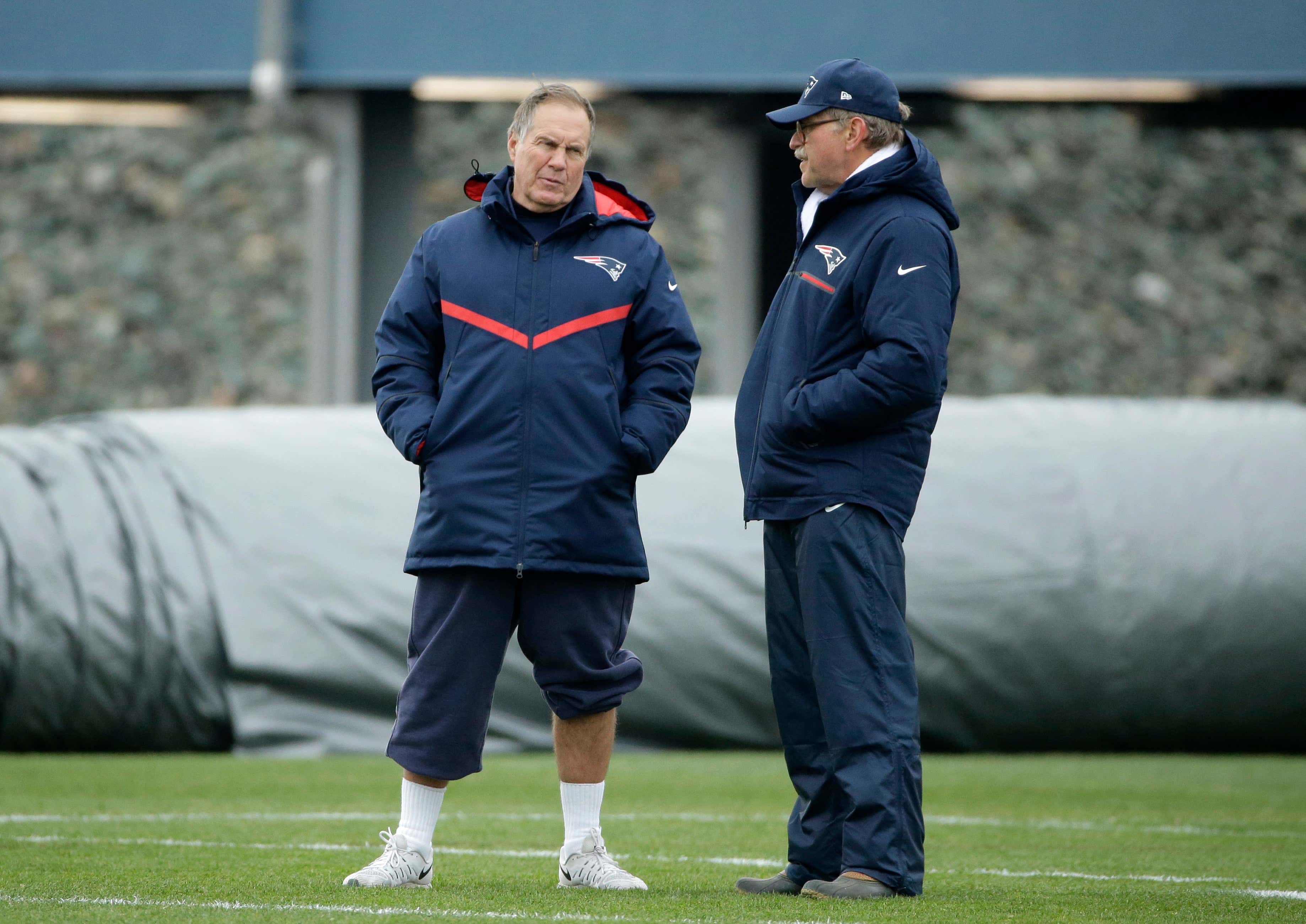 In an ever-changing world, existing as we are in a time of tumult and upheaval, where nothing remains the same except a constant uncertainty, the Patriots organization, and by extension, their fanbase, have had three things we could count on over the last 22 years: Mr. Kraft, Bill Belichick, and Ernie Adams.

Everything and everyone else has come and gone. Stadiums. Coaches. Executives. Players. Numbers of championships. Even, dare I say, quarterbacks. But if we went to bed at night with the knowledge that when we opened our eyes in the morning, we knew we'd wake up to those three stalwarts. Those pillars upon which this Empire has been built. In the same way that people in the 1930s and 40s knew that that, if nothing else was the same, FDR was always the President and Joe Louis was always the heavyweight champ.

But tonight that Kraft/Belichick/Adams triumvirate, that Holy Trinity of Power, is now down to two. After the Pats final pick tonight, Belichick announced that Adams had just helped prepare his final NFL draft.

"I think Ernie's contributions are historic," he said. "They travel several decades and so many different areas in every corner of the room and then some. He's literally been involved in every single aspect of the football program at every level you could possibly be involved in. And he's done an outstanding job."

If you know who Ernie Adams is, no explanation is necessary. If you don't, none will suffice. Just spend a few minutes reviewing this to understand why this is a huge story. To use Belichick's own word, "historic."

I have many thoughts, but since it's getting late on a Saturday filled with draft coverage and the Kentucky Derby and it's not like I've been drinking banana smoothies all day, let me just remind you of my favorite Adams anecdotes. The oldest of which comes from Cleveland in the early '90s, in which despicably hated Browns owner Art Modell used to go around his teams offices declaring, "I'll give $10,000 to anyone who can tell me what it is exactly that Ernie Adams does." And the objectively better one, from 2015.

To this point, I was convinced that International Man of Mystery Adams didn't actually exist. That he was simply Belichick's alter ego, like Tyler Durden or the Paul Bettany character in "A Beautiful Mind." Until the team released the "3 Games to Glory" DVD and we all realized not only that he is real, but that Art Modell's question was asked and answered by the way Adams was the architect of the Malcolm Butler interception that won Super Bowl XLIX, the most significant play in NFL history.

Though all these years later, the words "Pink Stripes" on his white board remains the same mystery it always was. I asked Belichick about it once and he said he'd have to get back to me on that. A week later I asked if he found anything else out and he said he'd forgotten to look into it. To which I said something along the lines of, "What bigger priority do you have than answering my stupid question?" True story. But anyway, it seems like we're going to have to wait for deathbed confessions or reading of wills or the Pentagon declassifying documents in compliance with Freedom of Information Act requests to ever get to the truth.

In the immediate future though, we've got bigger fish to fry. The most secretly brilliant mind in NFL history is heading into retirement. His draft prep - that, for all the criticism thrown at it, has built a Dynasty - is at an end. It's the end of an era of epic proportions. One can only hope that, while Adams' draft involvement came to an end on May 1, 2021, that he will continue in some capacity. Breaking down game film. Bugging locker rooms. Jamming visitors' helmet radio signals. Hacking into scoreboards. Perfecting the weather machine that gives the Patriots and unfair advantage. And generally doing all the brilliantly diabolical things that have made this franchise the gold standard in all of sports.