While you were watching the NFL Draft last night, we had ourselves a little history being made over in the NBA. A day after receiving a $50k fine for breaking protocols and going to a club, Kevin Porter Jr immediately came out and dropped a historic 50. That's cool as hell. If that isn't some James Harden shit then I don't know what is. Rockets fans probably never thought they'd be able to replace what Harden gave them, and for one night KPJ did exactly that.

Allow me to put this in even more perspective for you. In the history of the NBA, only 14 other players have ever done what KPJ did last night. That list? 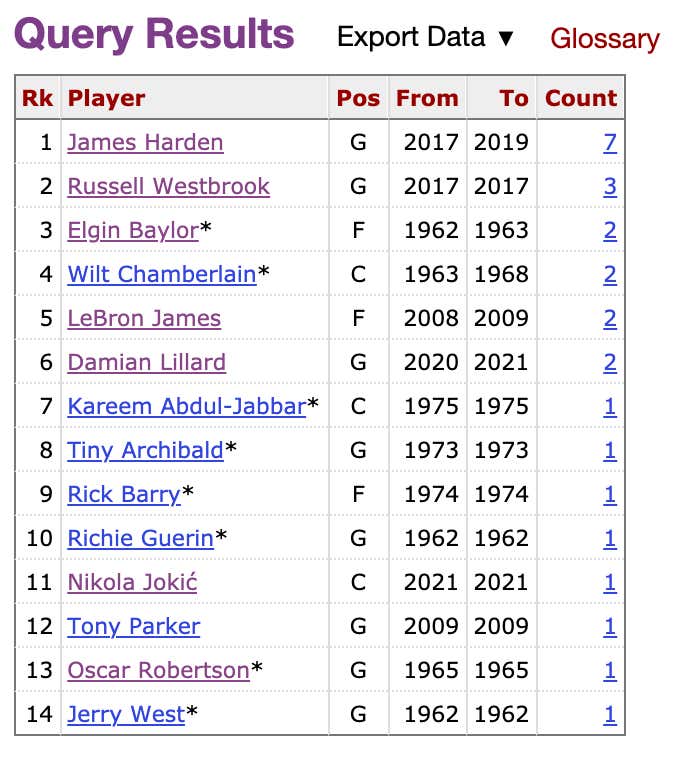 Hmm, decent group of guys you could say.

You'll remember, the Rockets were able to snag KPJ for only a second round pick. I think we need to spend a little more time and ask what the hell the Cavs were doing. There were issues clearly, but they gave a talent like this away for nothing. There isn't a need on that roster for a player like KPJ? Since becoming a Rocket, he's putting up 16.7/3.9/6.4 on 42/32% with 2.0 3PM…..at age 20.

A performance like this shouldn't be all that surprising, well the 50 point part is nuts, but KPJ also had the previous most points by a player under the age of 21 in Rockets history when he went out and did this against the Jazz last month

His size, his skillset, you can see why there's a lot of hype around him as a player. I know the Rockets don't want to win games right now, but it's just as important that they hit on one of these young players during their rebuild as it is landing a top pick. The question with KPJ was never his offensive talent, but mostly that he was a young player who was extremely raw but had all the potential in the world. I'd say a night like last night proves that.

It's going to be a long road for the Rockets to get back to being competitive, but they may very well have something with the KPJ/Woof pairing. Add in a healthy John Wall next year and who knows, maybe this team fucks around and has a chance to compete for a play in spot. If Porter Jr is this good at this age, well that's a pretty awesome sign.