Alright Davey Night Trader, I see you! I willfully admit that I had no fucking clue who Kadarius Toney was heading into the draft since I was looking at the guys being mocked to number 11. But the Cowboys and Eagles teaming up to keep DeVonta Smith off of the Giants changed all that. The most consistent comp I've heard for Toney is Percy Harvin and after looking at these highlights, I can understand why.

He scored a touchdown on both these plays by the way. 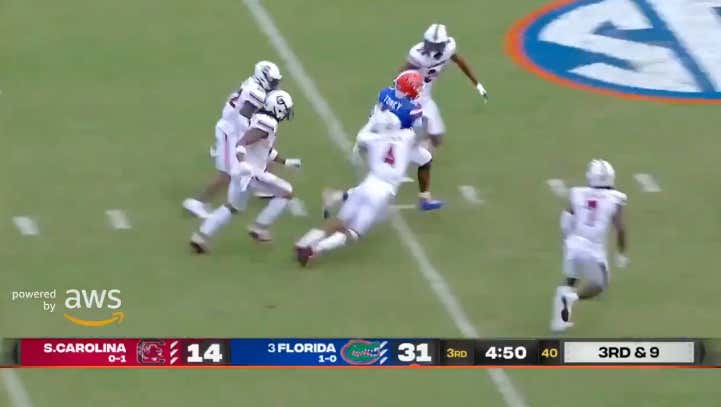 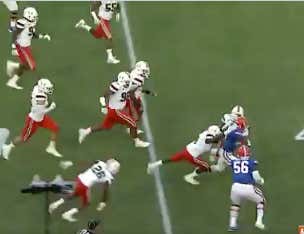 Look I wanted DeVonta Smith as much as the next guy and I can only imagine how much Dave Gettleman wanted him considering Smith won the Heisman Trophy, which is probably the only trophy Gettleman holds in higher regard than the Senior Bowl MVP. But my 3-year-old weighs more than Smith. Yes this is a total spinzone talking myself out of DeVonta as I have to watch him wear Eagles green for potentially the rest of his career.

Anyway, that's all in the past. The Giants now have a bunch of Bears picks along with Kadarius Toney, who should continue to be unstoppable wearing number 1 in the NFL, not to mention Madden, if Ray Flaherty's family will allow him to wear it despite being retired. Maybe writing a song about Flaherty will help his cause since Kadarius, excuse me Yung Joka, is a rap artist.

I keep loving this pick more and more. In case you need to still be sold, we already got a Baldy's Breakdown of Kadarius and it sounds like Baldy LOVES him too.

Put that freak of nature in an offense with Saquon, Golladay, Shep, Slayton, and Engram (on routes where he can't bat the ball into the other teams hands) and you should be cooking with gas, even with boring ass Jason Garrett calling the plays. That is as long as your QB is not getting hammered by defenders every play. Now let's get an EDGE and someone else to protect sweet sweet Daniel.