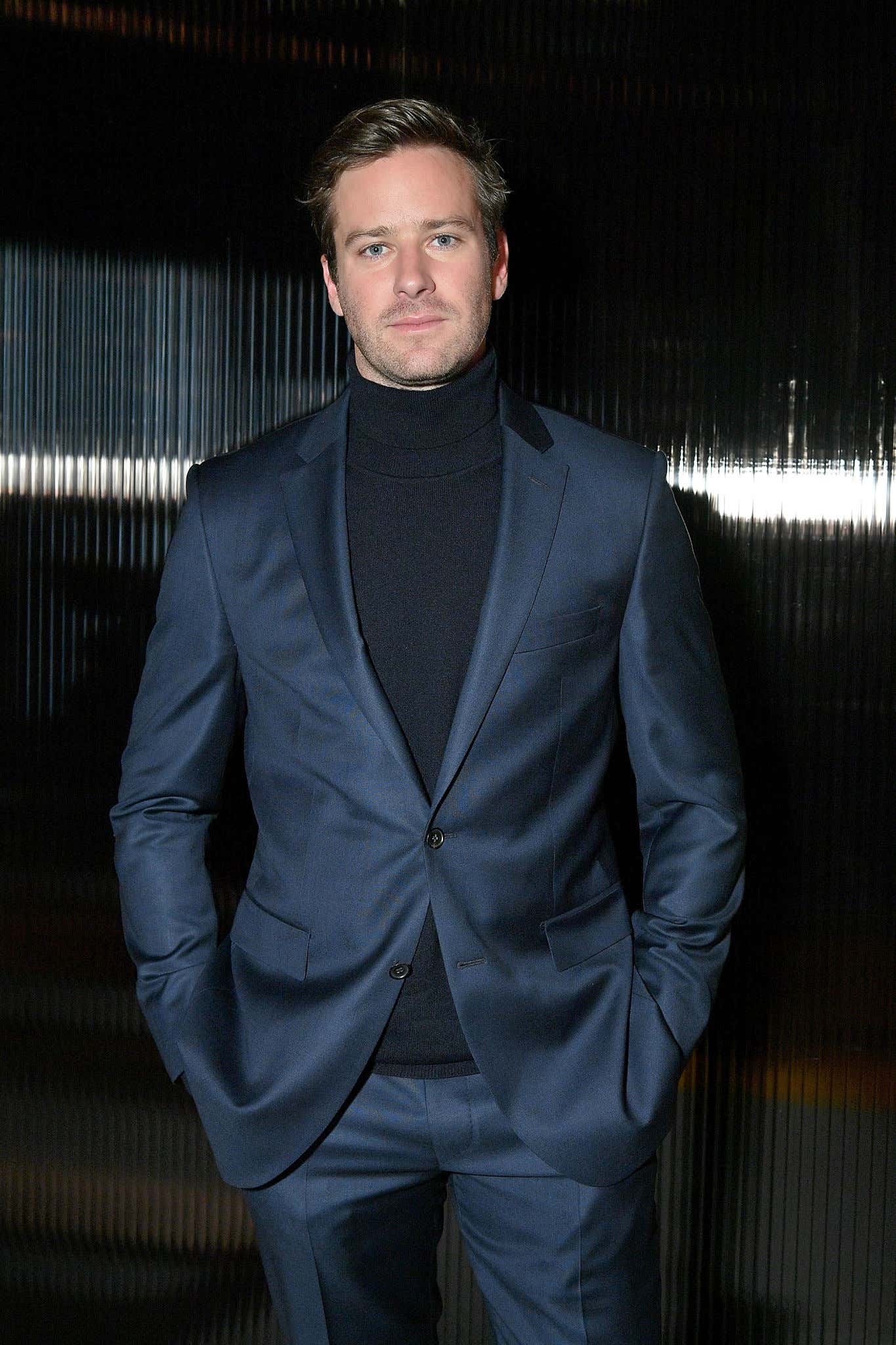 DEADLINE — EXCLUSIVE: Casey Hammer, granddaughter of Armand Hammer and aunt of Armie Hammer, is set to reveal the family’s secrets in a limited documentary series.

She has signed an exclusive deal with Talos Films, the production company behind Discovery+’s Queen of Meth and Disney+’s Family Reboot, to develop a docuseries about the Hammer family.

The series will tell the definitive, inside story of the rise and fall of the notorious Hammer family, including its latest unfolding chapter.

When the news started to trickle out that Armie Hammer had a fetish for (the fantasy of, as far as we know) eating the women he became intimate with, who knew it was just the tip of the iceberg regarding an entire family, stretching back centuries? A family history that the production team of Casey Hammer's book-turned-docuseries calls, "Succession on steroids":

“The Hammer family history is like Succession on steroids. A dysfunctional dynasty with its male characters exhibiting all the devastating consequences of privilege gone wild,” said Talos Films co-founders Elli Hakami and Julian P. Hobbs. “Now, for the first time, Casey Hammer will tell not just her story, but the definitive family history, leaving no stone unturned. With new unfolding revelations and present-day consequences, this mini-series will provide audiences with a riveting journey into a family where reputation is everything and where things are never how they appear.”

I mean, these guys are turning out to be such fuckin weirdos that I'm sure anyone close to the family had to have at least some idea of the absolute depravity going on behind closed doors. But to the general public, Armie was among the most low-key, out-of-the-spotlight A-listers in Hollywood, known by more people as The Winklevoss Twins I'd guess than by his full government name.

Recognition shouldn't be much of a problem from here on out. 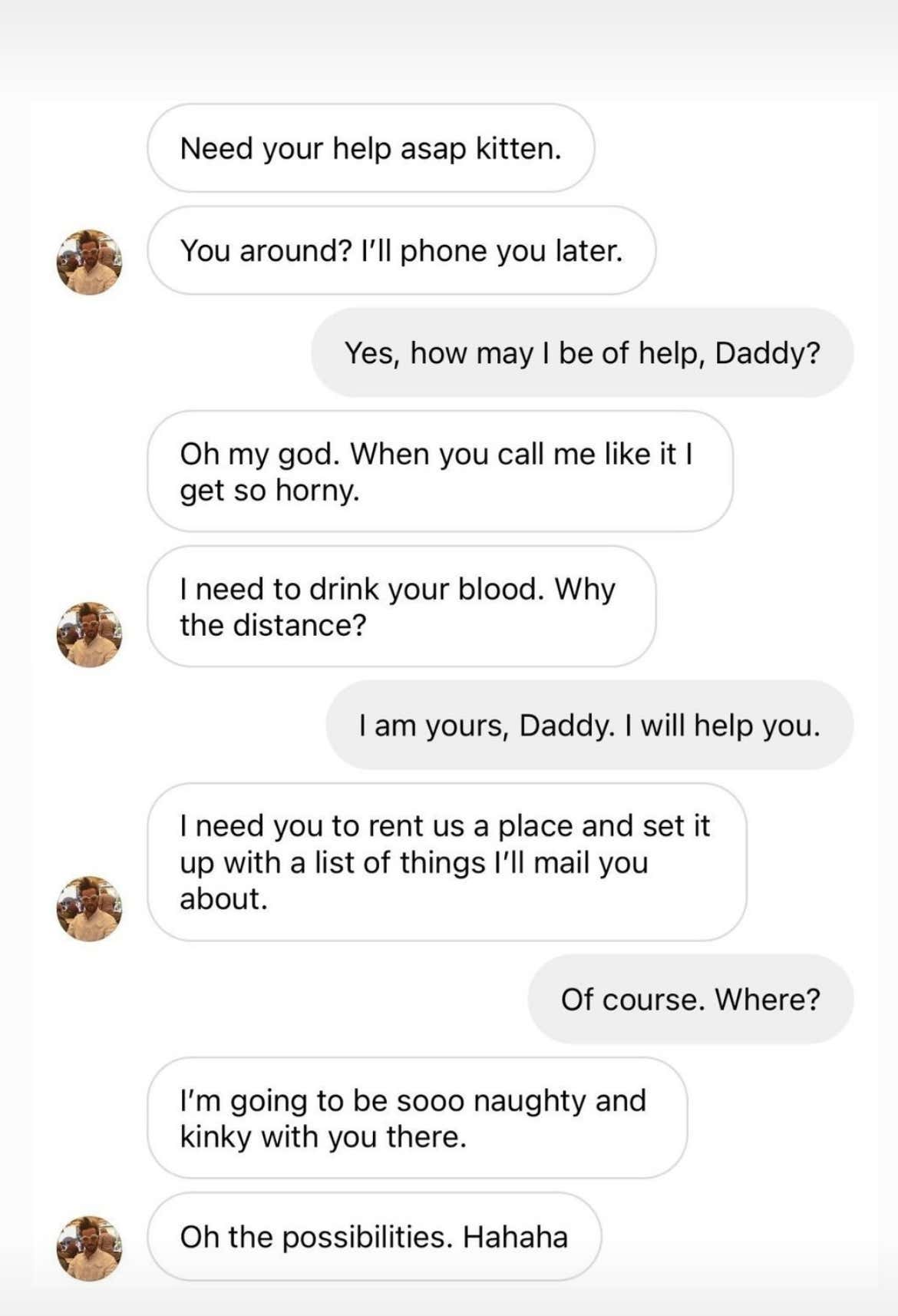 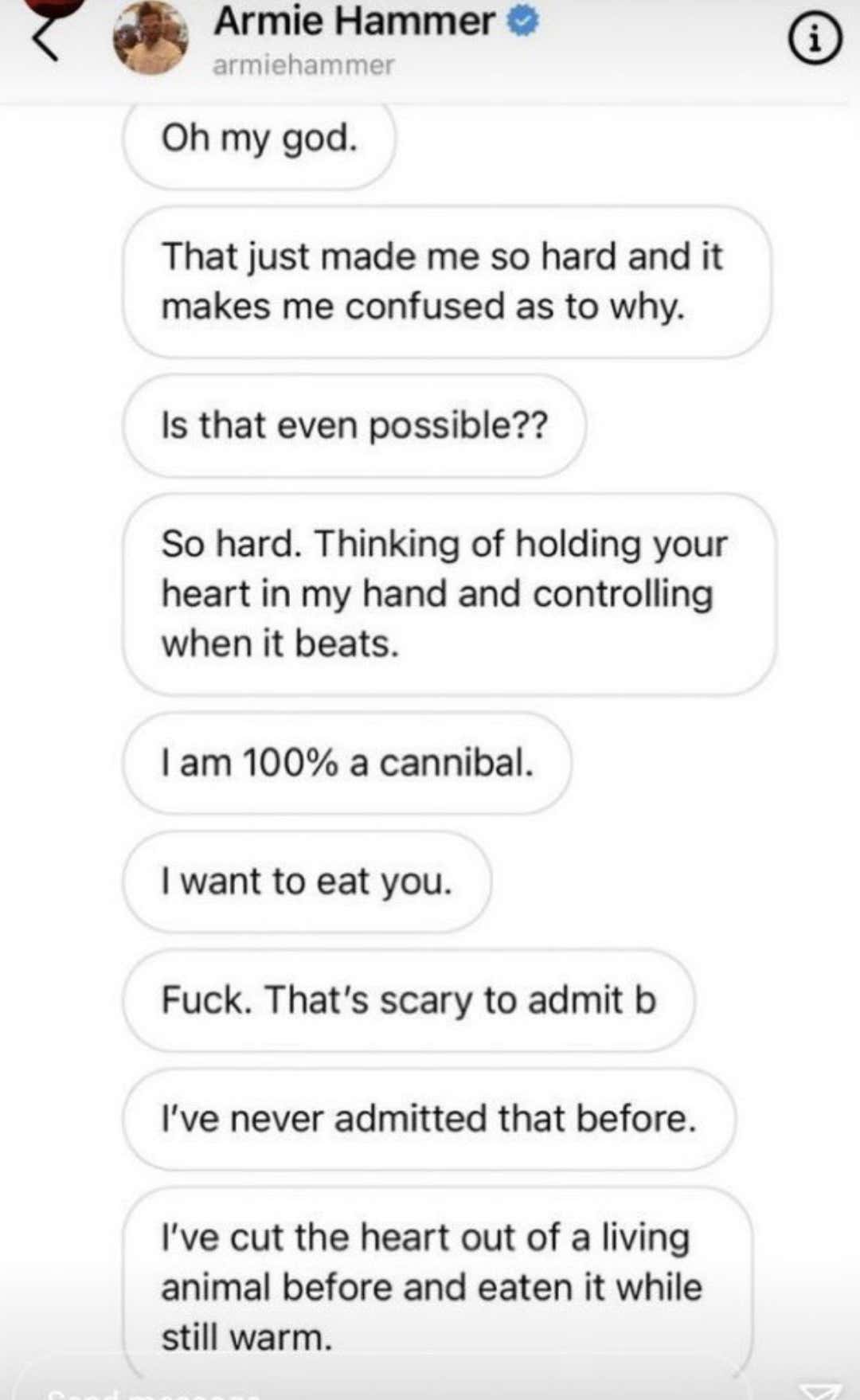 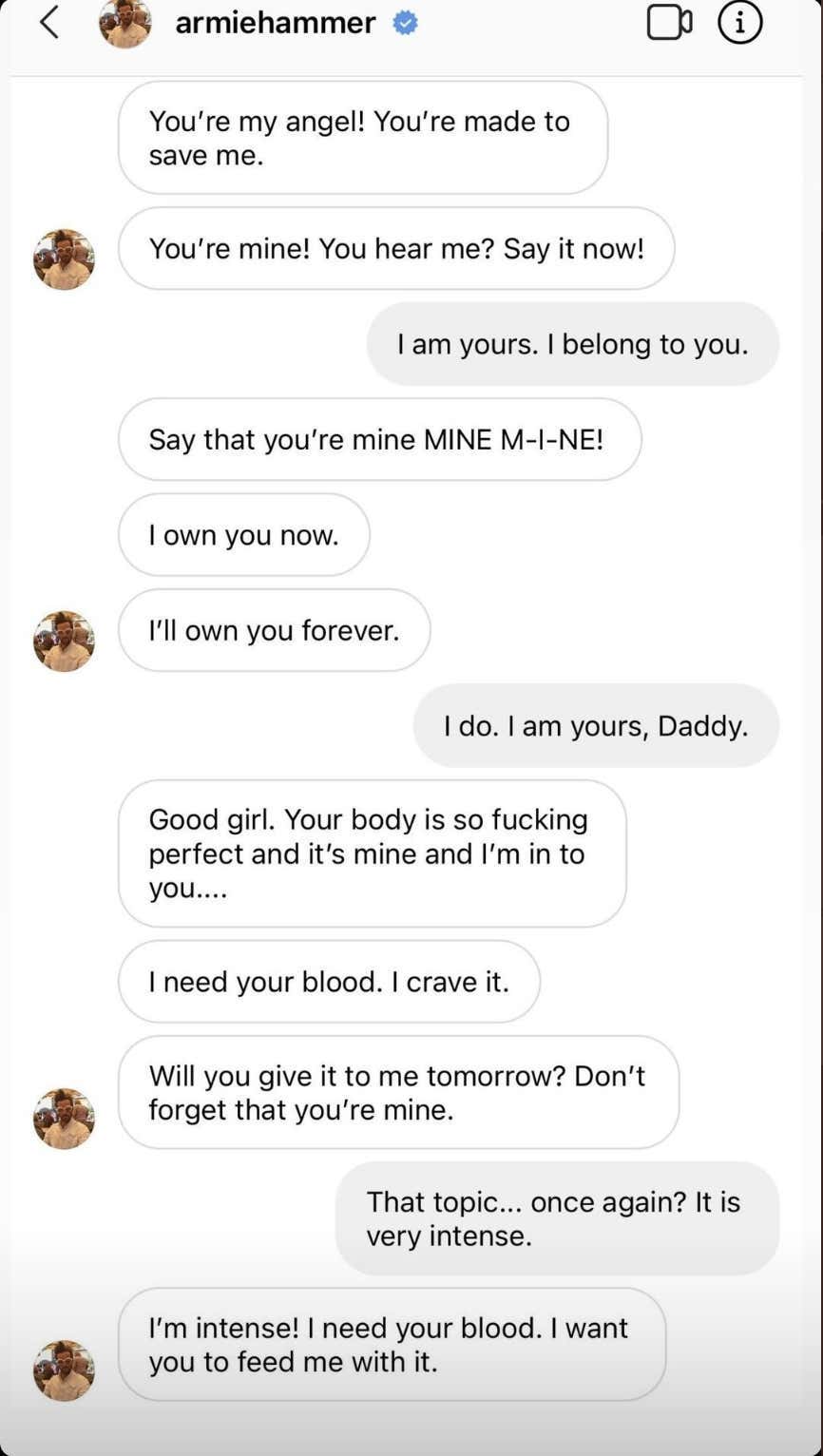 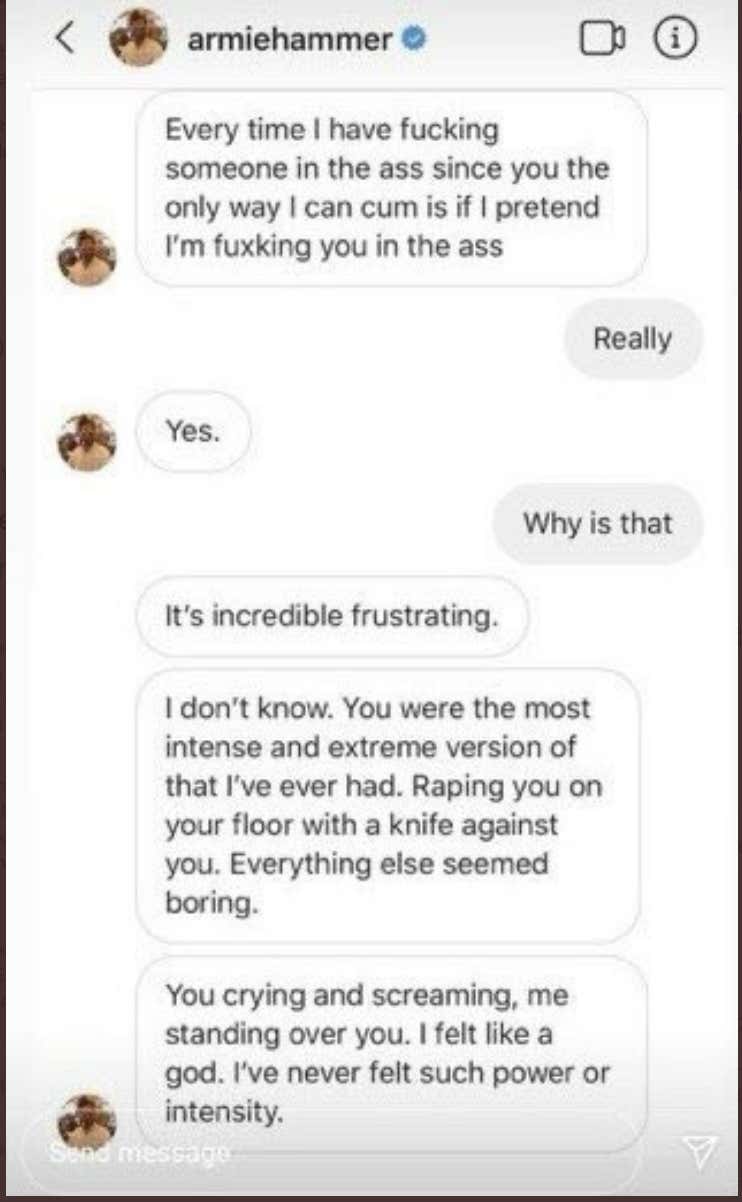 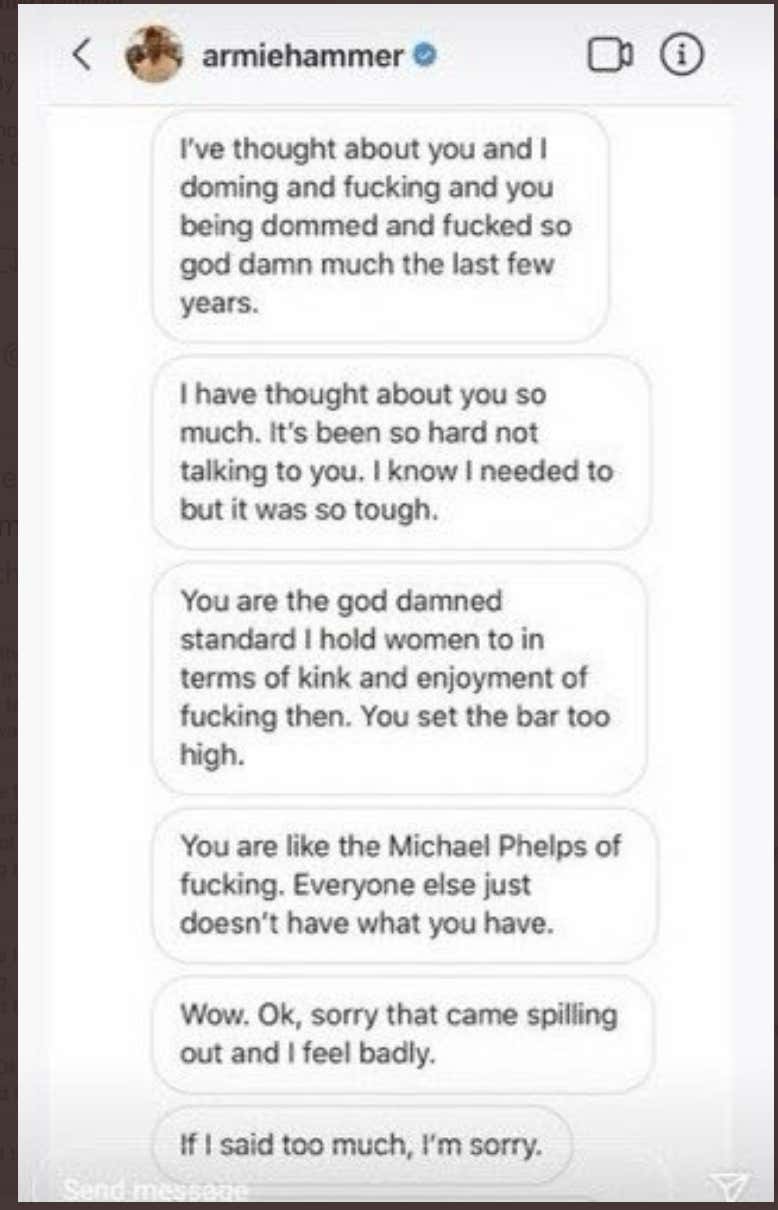 We only recently learned the…."eccentricites" let's say, branched out even further down the family tree, when the Daily Mail reported on how his dad had a 7-foot-tall sex throne named the Naughty Chair: 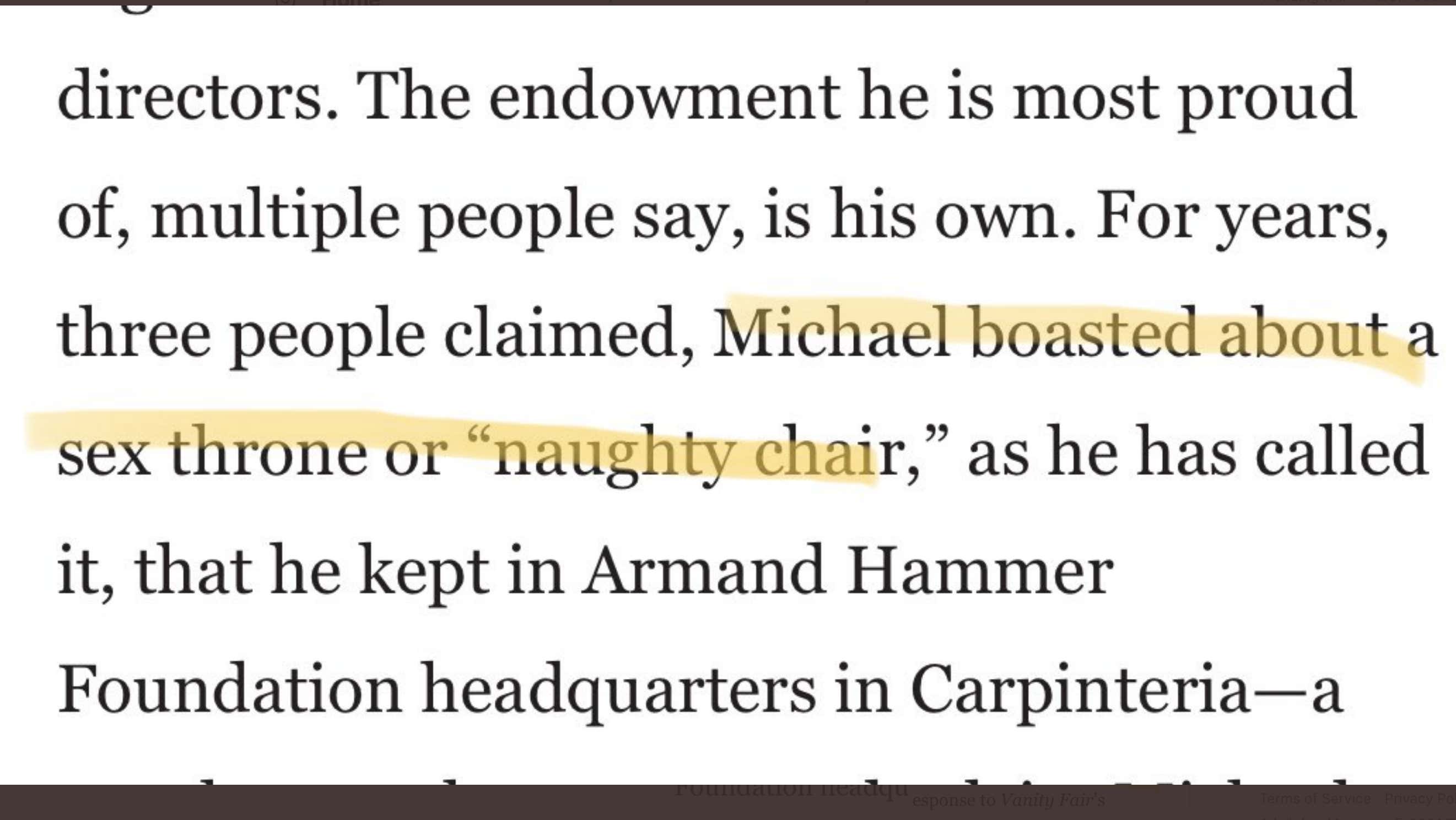 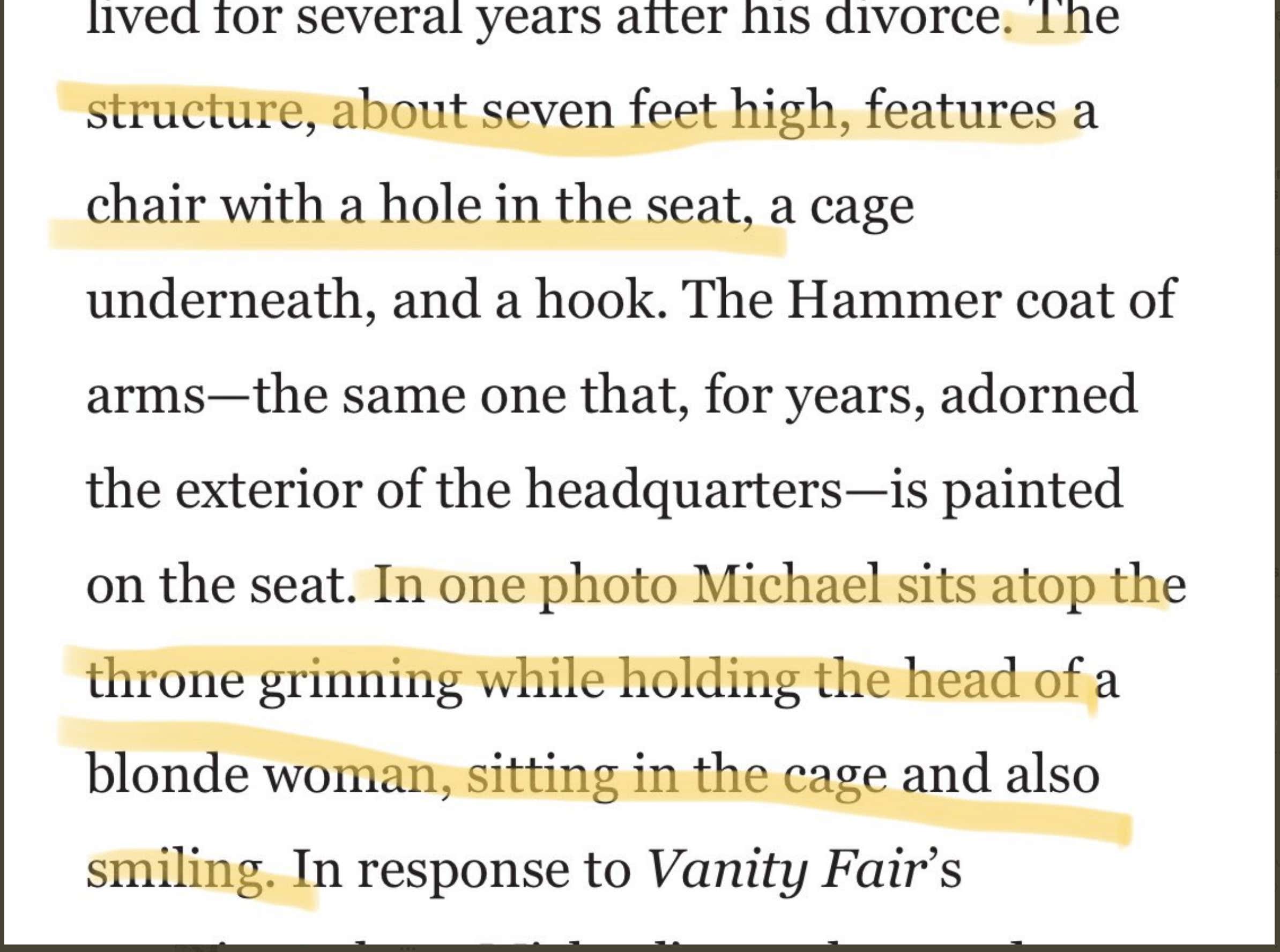 This was just the intro to that article, before it even got to the reporting:

And now, with Armie's aunt selling the rights to her self-published 2015 book, we're about to get a deep dive into allllll the lunatics going down the line.

Casey Hammer, in her self-published 2015 book Surviving My Birthright, alleges that Julian also sexually abused her when she was a child, and that Julian was abusive to others in the family.

In the docuseries, she will reveal for the first time on camera the inside story of the Hammer family saga. She is giving access for the first time into her personal archives and new revelations providing a compelling, first-hand account into the Hammer family’s rise and fall and her own descent and escape from the darkness. The series will also feature accounts from other survivors who have recently come forward.

I'm not an industry insider, but my educated guess is that production companies don't shell out the cash for the rights to tell your story, without that story having alllll the goods.