I saw this story kinda making the rounds for the past few days, but honestly thought it was fake, so I didn't touch it - but now I think it's real! I think this guy Mark Nye actually got arrested for impersonating Conor McGregor and selling drugs as him! Pretty fuckin crazy! 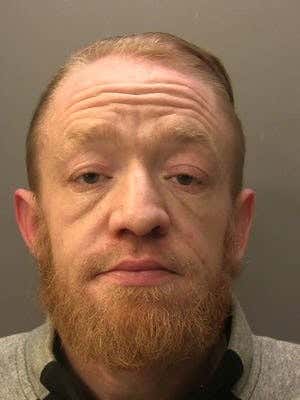 That's a ROUGH 34. I have an easier time believing that's really McGregor than ol' Mark actually being 34.

I mean that's Conor McGregor if he never made it to the UFC and finished out his life as a plumber's apprentice in Crumlin. He's carrying McGregor's Gucci bags under those eyes. Those wrinkles wouldn't be caught on even an August x McGregor suit!

I ain't knockin the hustle, though; even tho law enforcement looks down upon selling drugs as Conor McGregor, I don't!

It's like seeing a tribute band! Yeah, I'm sure that guy's clients didn't think they were REALLY buying drugs off Conor McGregor, but it's part of the whole experience! You buy in and let yourself have fun like you're at a pro wrestling show!

….and with whatever he was sellin, I'm sure it just made it easier for em. Oh well!

Guess you'll have to get your drugs from 3Chi now! Promo code MMB!