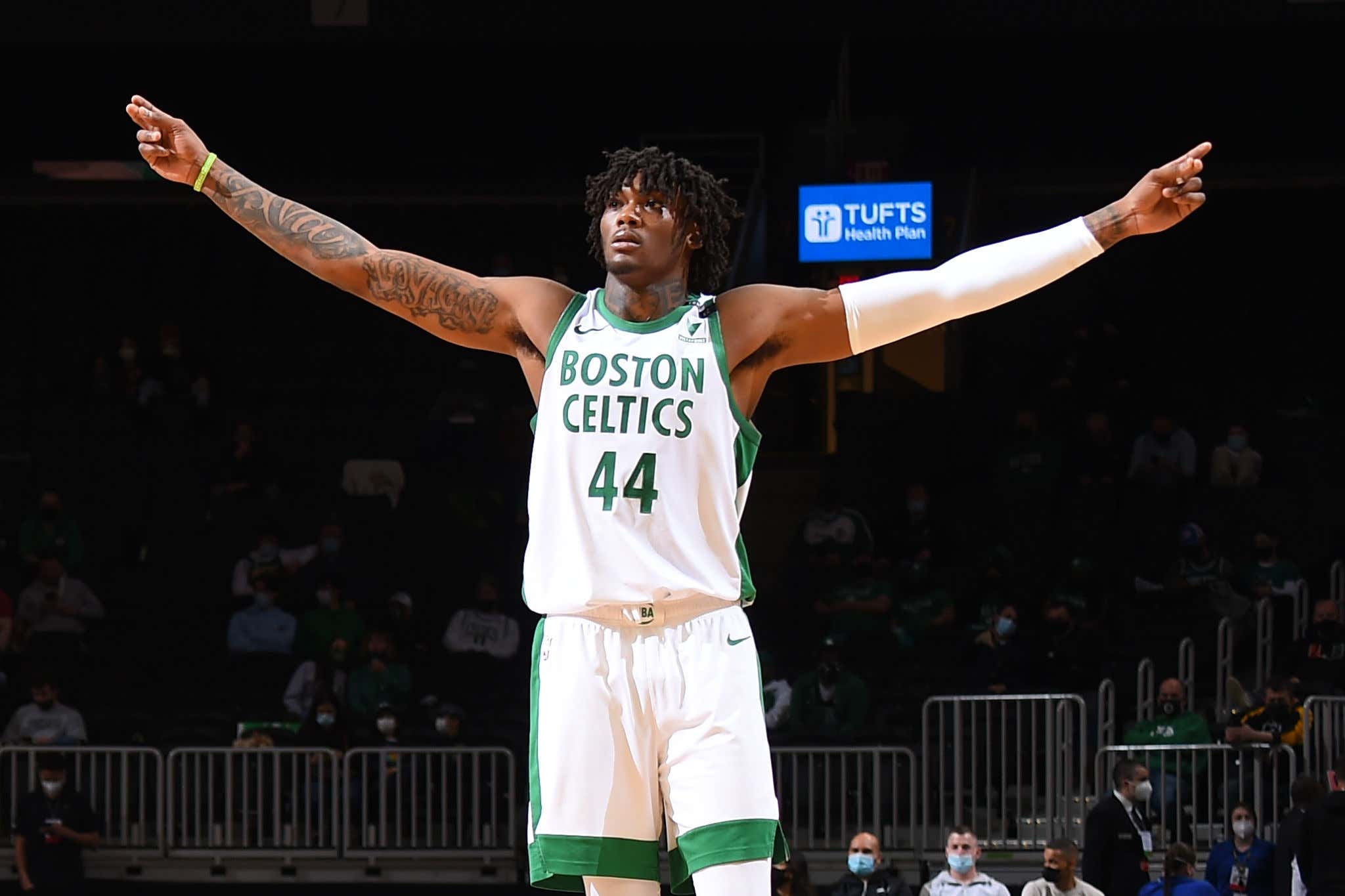 At this stage of the season and with guys getting hurt what seems like every night, I think we can all agree that it makes more sense than not to be overly cautious if a player has a nagging injury. I think it's also fair to say that maybe the Celts have been downplaying what's going on with Rob. That's nothing new, they do it pretty much with every injury. It's always no big deal and then the next thing you know, the player has missed 10 games.

Just look at what has happened with Rob. His last game was on April 13th, the one point win over the Blazers in which he played 26 minutes and had 16/7/4 on 8-12. He was great. In fact, he was on a roll basically since the deadline and was a huge part of their success. Let's review the timeline

On April 15th: The team said Rob was going to be day-to-day. Brad told us there was a little swelling up around the upper calf and behind his knee

On April 17th: The team said that after missing two games that Rob was "right around the corner" from playing

On April 25th: Things shifted to "we hope that - again - he's back at some point soon, but just not quite ready"

On April 26th: Rob was listed as "QUESTIONABLE" tonight against OKC

On April 27th: Rob was listed as "OUT" with a sore knee

Could you blame any Celtics fan for being a little nervous about this? This is just like KG's knee issue in 2009 to my brain. Obviously, if he's not 100000% healthy I do not want Rob out there. He's too important. But I think it's also fair to wonder if there is something more serious going on than just some "swelling". If the thought is something similar to Kemba's situation where they feel like it's more important both play against CHA tomorrow night that's fine, but wouldn't you want to use the OKC game to get Rob's feet wet? Maybe a 10 minute stint or something? If the schedule was reversed and CHA was today and OKC was tomorrow, would Rob play?

It's pretty clear what an impact Rob was making once he was inserted into the starting lineup, the numbers speak for themselves

They were 8-2 in those 10 games and are 3-3 since. Watching this team play offensively you can see how much they miss his screening and passing. Tristan Thompson does a lot of things that help, but you can't rely on him to help open up your offense. He's not the same lob threat in the P&R that Rob is. It's not a stretch to say that Thompson doesn't have the same sort of gravity on that end that Rob does. That's pretty important when you're talking about how Kemba/Jays like to score. It's also not a surprise that we are seeing this team's ball movement tank since Rob went out. What he does as a high post passer for this offense cannot be understated. Look at the AST%!

We also have to remember what Brad has been very vocal about pretty much all year. This team prefers health over seeding

Notice, that date was right before Rob's injury.

My concern when it comes to Rob is what this means for the playoffs. I think we're seeing that his body can't really hold up with this constant 27 MPG role. It's why we saw Brad be so cautious with him all year. It sucks that as soon as he started to flourish in his new role that something popped up, but it does make me wonder about playoff rotations. I'm not sure we can see Rob play 30 minutes a night in the playoffs if we want him to stay on the floor.

Maybe it's the fact that throughout the years things like this have never actually been "no big deal". From KG's knee, to Kyrie's knee, to Isaiah's hip, the list goes on and on. You try your best to remain optimistic and think rationally and remember that this is a weird year with a condensed schedule and everyone is being overly cautious. But I would be lying to you if I said this wasn't concerning considering two weeks ago we were told day to day, and now we still have no idea when Rob will be back. Then you have to factor in his ramp up period to get back into basketball shape.

I'm hoping he's on the Kemba plan right now and we see him against the very important game tomorrow night. If not, who the hell knows.